Russian lawmakers have proposed banning comparisons between the Soviet Union and Nazi Germany as the Kremlin seeks to revive interest in the memory of World War II and praise for Russia’s Soviet past. The bill submitted in the lower-house State Duma on Wednesday follows President Vladimir Putin’s orders earlier this year to legally prohibit publicly equating the two former powers’

END_OF_DOCUMENT_TOKEN_TO_BE_REPLACED

The Kremlin and the Philosopher’s Moan

Bernard-Henri Lévy is a thinker the Kremlin-philosopher Aleksander Dugin(opens in a new tab) loves to hate. Dugin is well known for his critique that the West leans to heavily on enlightenment ideals (such as individual liberty). In Dugin’s eyes, Lévy’s liberalism, lifestyle and activism illustrate the moral emptiness of the West. Lévy and Dugin even debated(opens in a new tab)

END_OF_DOCUMENT_TOKEN_TO_BE_REPLACED

Expulsion of Nazi Reich: Day of the Liberation of Ukraine from Nazi Invaders

END_OF_DOCUMENT_TOKEN_TO_BE_REPLACED

Posted on September 28, 2020 by RedSquareMaidan 4 comments

September 25, 2020 17:35 GMT – By Amos Chapple & Dana Katharina Vaskova – RFE/RL Two years after an art treasure with a harrowing backstory was uncovered in a Prague house, the holder has gone public with the historic scale of the discovery. Fearful that the occupying Nazi forces in Prague could confiscate a lifetime’s worth of artwork, Jewish painter Gertrud

END_OF_DOCUMENT_TOKEN_TO_BE_REPLACED

Putin not happy with Zelensky’s statements about USSR

END_OF_DOCUMENT_TOKEN_TO_BE_REPLACED

During the raid, law enforcers seized over 300 copies of Nazi editions, Third Reich flags, arms and ammo, explosive devices, computers used to administer online communities, and receipts confirming literature deliveries from abroad. The SBU security service has exposed and blocked further activities of Neo-Nazi radicals, headed by a Russian national. The raid was carried out in Kyiv and Kharkiv,

END_OF_DOCUMENT_TOKEN_TO_BE_REPLACED

Starni Games, its Ukraine-based developer, in a statement released on Reddit, has denied glorifying Nazism. The Kremlin on Wednesday accused a Ukrainian computer game developer of glorifying Nazism by producing a game which features Adolf Hitler overseeing a fictional World War Two victory parade in Moscow, a charge the developer rejects. The game, “Strategic Mind: Blitzkrieg,” invites players to take

END_OF_DOCUMENT_TOKEN_TO_BE_REPLACED

Putin Moving from ‘Great Victory’ to Hostility to Entire World – and Young Russians are Ready to Follow Him, Ilchenko Says 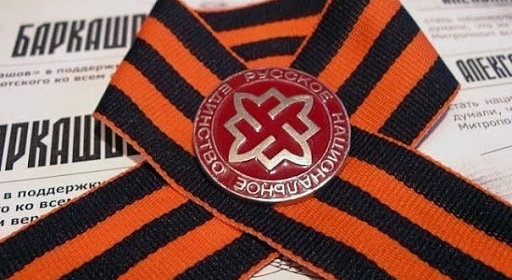 Paul Goble Staunton, May 20 – Just as “Crimea is Ours” paled with time as a mobilizing tool, so too Vladimir Putin’s “Great Victory” by itself will be insufficient for him to dominate Russia in  the future, Sergey Ilchenko says; and so the Kremlin leader is adding another quiver to his bow, declaring Russia a separate civilization based on hostility

END_OF_DOCUMENT_TOKEN_TO_BE_REPLACED

Ukraine will continue to promote the idea of creating a memorial to the Ukrainian victims of Nazism in Berlin, Ukraine’s Ambassador to Germany Andriy Melnyk has said in an interview with Ukrinform. “As for our initiative on a memorial to Ukrainian victims, I will say at once that we are at the very beginning of the road. I hope that

END_OF_DOCUMENT_TOKEN_TO_BE_REPLACED

In Russia, a former VTRC operator was beaten to talk about censorship and corruption in the company

In Moscow, on January 11, two unidentified assailants attacked former VTRC (All-Russian State Television and Radio Broadcasting Company) operator Leonid Krivenko, who gave a number of interviews to foreign journalists about political censorship and corruption in the company. About it writes the Russian service “Radio Liberty”. Leonid Kryvenko said that he was attacked from behind, knocked to the ground and started kicking. According to