Portrait of the week in Ukraine

This is intended for readers who use tools such as Chrome Translate to translate foreign web pages into English. More about those tools here.

What Ukraine should do after the fall of a missile in Poland –Volodymyr Kravchenko (ZN,UA)

Zelensky is ready for peace talks – is Putin?

Ukraine regards calls to negotiate with Russia until it withdraws its troops as calls for surrender. But the longer the fighting lasts, the more rumours appear about Washington pushing Kyiv to talk to Moscow. Leaks reported by American media are clear: the US has allegedly asked Ukraine to declare its readiness for peace talks with Russia publicly. Volodymyr Zelensky, who has previously signed a decree banning Ukraine from negotiating with Vladimir Putin, offered Russia a peace formula at the G20 summit.

Zelensky has always been a man of negotiations: his election campaign was built on a platform of bringing about peace with Russia. But Russian missiles raining down on Kyiv, the horrors of Putin’s war in Bucha and Mariupol and the illegal annexation of four Ukrainian regions eliminated Zelensky’s desire to take a seat at the negotiating table with Putin. Last month, Zelensky said that Kyiv was ready to open dialogue with Moscow – but only if another president was at the helm. Not all of Ukraine’s allies were pleased with such a policy. So, after Ukraine’s recent breakthroughin Kherson, Zelensky proclaimed his peace terms.

In his address to world leaders gathered in Bali on Tuesday, Zelensky outlined a series of conditions under which the war in Ukraine could end. He said Russia must reaffirm the territorial integrity of Ukraine; withdraw its troops from the country; pay compensation for damage caused; stop nuclear blackmail; and release all prisoners and deportees. ‘Now is the time to end Russia’s destructive war, but there will be no Minsk three. Ukraine should not be offered compromises with conscience, sovereignty, territory and independence,’ added Zelensky.

Sergei Lavrov, Russia’s representative at the G20, called the conditions unacceptable and left the summit shortly after his speech. ‘Zelensky does not listen to any advice from the West about negotiations with Russia. He pursues a Russophobic policy. Russia wants to see concrete evidence that the West is interested in disciplining Zelensky,’ saidLavrov.

Putin’s response to Zelensky’s proposal was crystal clear – Russia launched 111 shells at Ukraine within a few hours. ‘Russia is told about peace, but it fires missiles in response. Russia is offered ten points to end the war, and it fires ten missiles per each point about peace,’ said Zelensky after the missile attack. Putin’s position is that the war won’t end until Ukraine carves off some of its territories. In Kyiv it is seen as a Russian attempt to buy time after consistent defeats on the ground. Russia came to destroy, kill and control, and when Ukraine started to fight back and liberate territories, the Kremlin asked for a ceasefire – Putin wanted to pause, refuel and come back later with replenished forces.

Now Zelensky wants a public format for his negotiations with Putin. ‘I received direct signals [from western allies] that Putin wants direct negotiations. I proposed a public forum because Russia is waging a public war,’ he saidat a meeting with journalists in Kyiv. Russian state media called it an attempt to turn diplomacy into a TV show. Zelensky’s offer may seem ridiculous to some, but public debate is not a new concept for Ukrainians. In the run-up to the 2019 election, Zelensky challenged his opponent, Petro Poroshenko (then Ukraine’s president), for the first ever public debate at the Olimpiyskiy stadium in Kyiv – and won.

Russian rhetoric now is very different from what Ukraine heard in February. When Putin’s tanks rolled in to the Kyiv region, he refused to negotiate with Ukraine’s ‘Nazi regime’. Today Moscow wants to secure peace talks before its army reaches another humiliating defeat. ‘We are open to dialogue with Ukraine without preconditions,’ Sergei Ryabkov, Russia’s deputy foreign minister said recently. For now, Russia hasn’t officially offered real negotiations, but ultimatums. The Kremlin is conscripting thousands of Russian citizens and buying missiles from Iran, not to further negotiations – but for the war. In this case, Ukraine chooses to continue fighting, rather than give up territory to Russia and wait for another invasion. 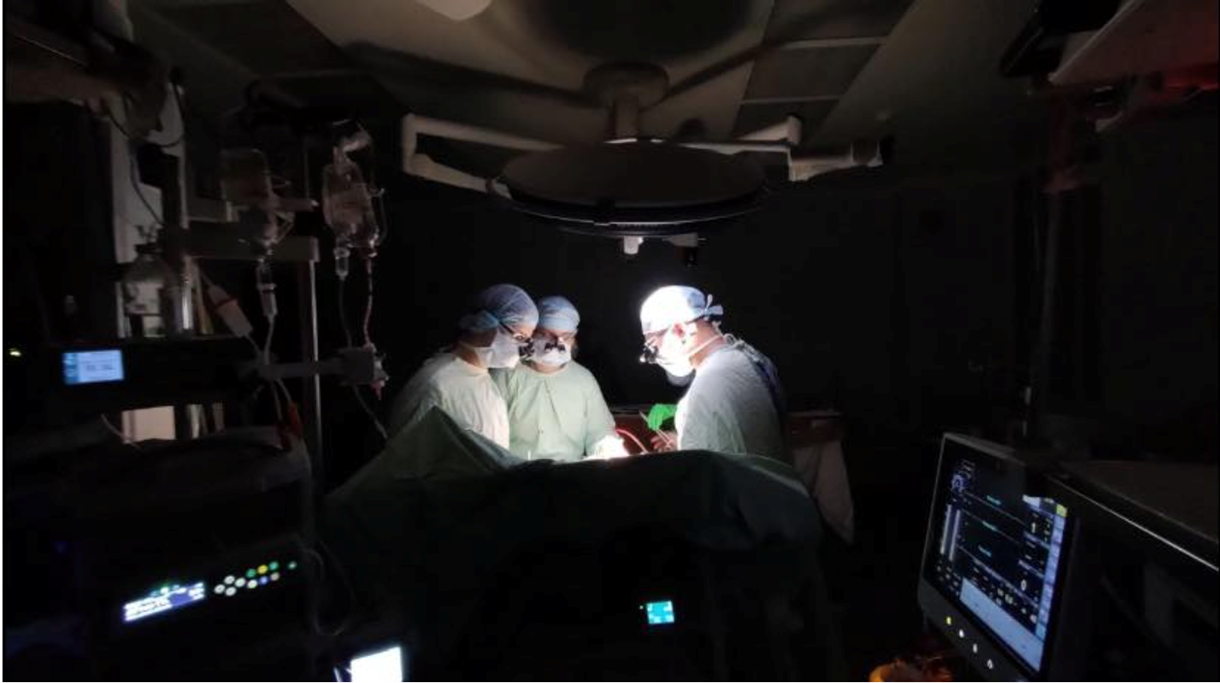 Quote of the week

Wider reading on the war

The war in numbers

It is the first service since the deoccupation

More is being built by Ukraine along the 1,084km border

Russian assets frozen by the EU since the invasion

According to European Commission documents seen by Politico

Svitlana Morenets was a journalist in Kyiv. She hitchhiked in Crimea to learn more about life under Russian occupation and wrote a story about her experience in 2019. She was abroad during the 24 February invasion and is now in London under the refugee scheme. If you enjoy it, please forward it to someone you know: you can sign up here. Svitlana’s writing for The Spectator can be found here. This email is a work in progress: all feedback welcome: svitlana@spectator.co.uk