Antonivka Bridge is completely destroyed, propagandists say it was blown up by occupiers

Russian media have published photos and videos of the destroyed Antonivka Road Bridge near Kherson, claiming that it had been blown up by the occupiers when they left the city for the left bank of the Dnipro River. 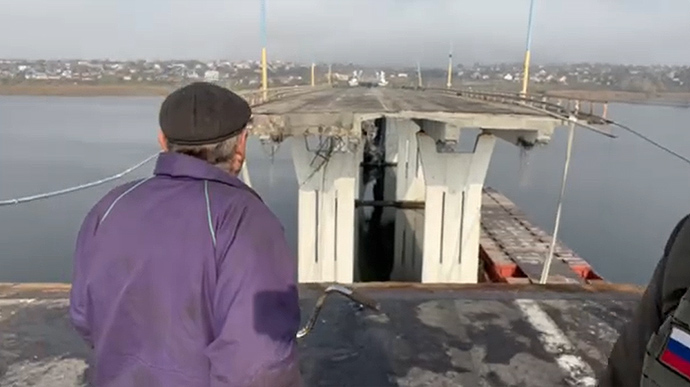 Details: Kots showed a video from the scene. He reported that two spans of the bridge have been destroyed, blown up by the Russians when they were leaving Kherson for the left bank of the Dnipro River. 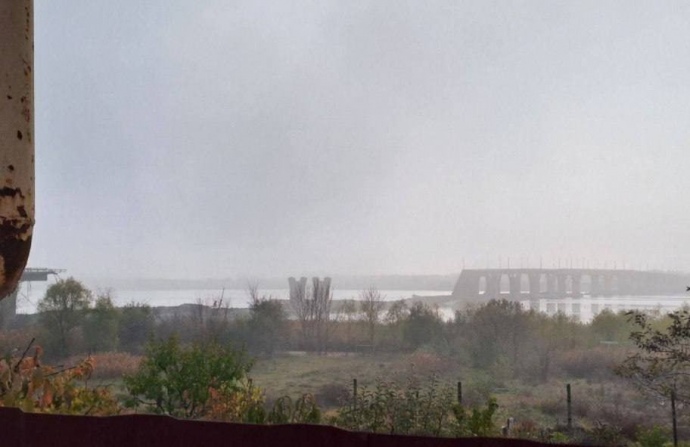 Russian propagandists have also published photos of the Antonivka Bridge from other angles. The images show that the destruction is very extensive.

Suspilne Kherson has published a photo provided by local residents. It shows that the bridge has been destroyed in several places.

In addition, Russian propagandists’ Telegram channels have published a video of the retreat by the Russians after the bridge was blown up. It is reported that Special Forces units that covered the retreat of the main forces are leaving on foot, using the pontoon.

A makeshift bridge made of barges next to the Antonivka Road Bridge was also blown up.

The Kherson media outlet Most has reported that the Russians had begun to destroy the infrastructure of Kherson before retreating; the occupiers had already blown up boiler houses, a TV tower and a facility belonging to Oblenergo [public energy supplier in Kherson Oblast – ed.].

According to Stelmashenko, during the retreat, the occupiers also blew up a water utility.

Quote from Stelmashenko: “A TPP (a thermal power plant) was also blown up. A TPP, an Oblenergo facility and a water utility. That is, now, after the arrival of the Ukrainian forces, we need very serious stabilisation measures to ensure such priority needs.”