The price of victory: the liberation of Kherson was paid for by thousands of lives of Ukrainian soldiers (Editor-in-Chief’s column)

People with Ukrainian flags shouting: “ZSU! ZSU! ZSU! Brave servicemen in uniform so familiar to all of us, minting a step through the streets of the liberated villages and towns. 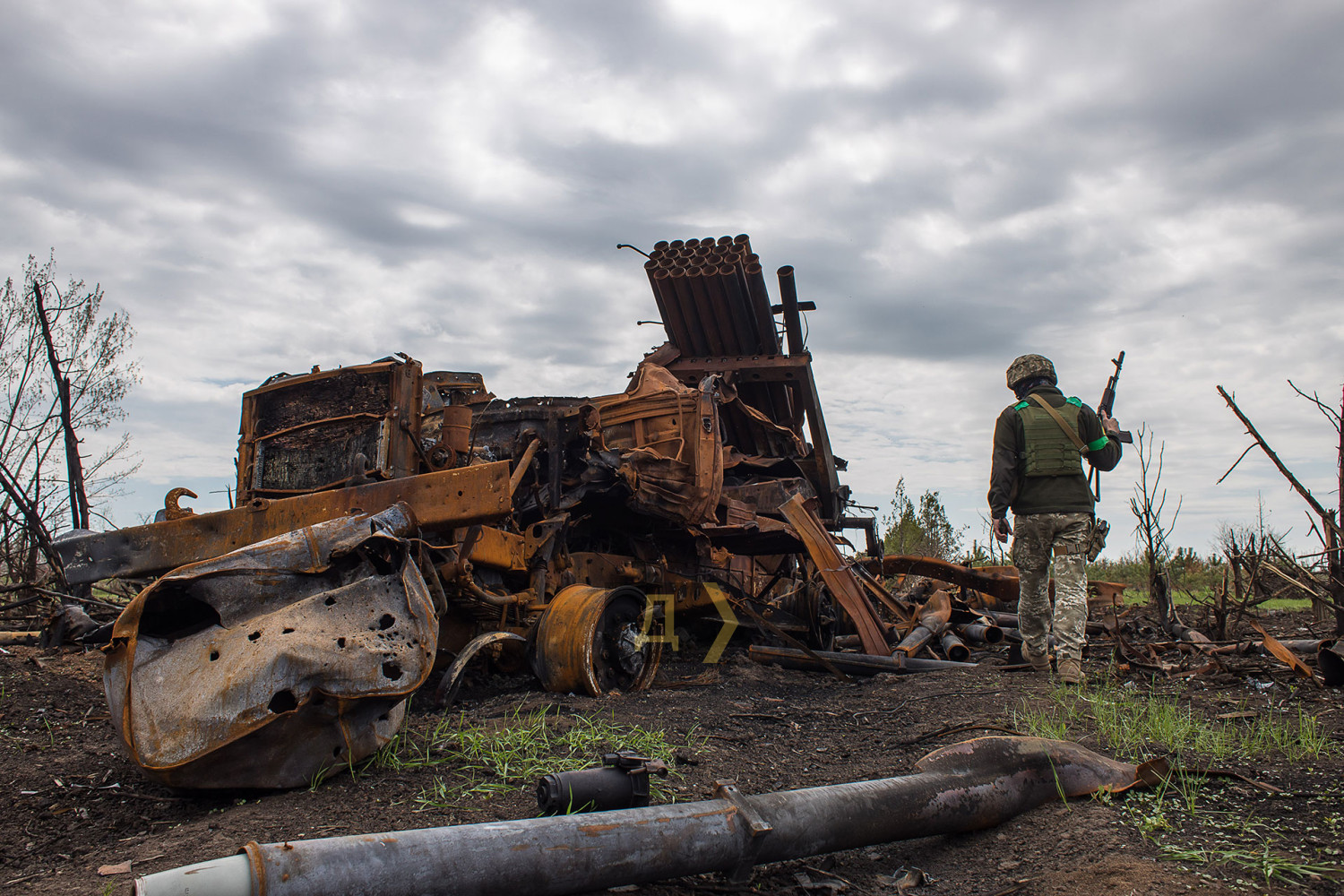 The right-bank part of the Ukrainian south has been cleared of Russian filth. The Ukrainian Defense Forces have been moving towards this for a very long time. And finally arrived!

Glory to Ukraine, glory to them, the liberators! Honour!

What is happening in recent days has already entered world history, but what will happen next is shrouded in the fog of war. Transition to positional phase? However, the Ukrainian defenders still have options to undermine the Russian defense on the left bank as well. Negotiations and a truce? For sure, no one will go for this from our side now, despite hints and pressure from the east and west. No negotiations before the withdrawal of the invaders to the borders of 1991!

Be that as it may, I am sure that the victory in the battle for Kherson is not the last for Ukraine, but will crown this bloody story with something completely epic and shameful for the Russians.

But we must remember the price paid for this victory. About thousands of Ukrainian men and women who gave their lives for the Ukrainian south…

… The blue sky overhead, the moral law inside and the yellow field from sunflowers to the horizon. Although no, it is no longer to the horizon … Here, on the right, it is already black, burnt out. Something is smoking. Ugly remains of equipment, from which the characteristic smell of scorched carrion is heard … What is the moral? What philosophy? Who the hell is Kant? This is where God died!

“I realized that this war is completely different than the one I was used to only in April. You know, there is such a metaphor: “The battalions go to the sky.” She is often liked to be inserted out of place by scribblers. So, in the steppes of the Kherson region, this metaphor became not a metaphor … Two hundred people went to the east, 17 returned, of which half were injured. We spent the night in the barracks on the territory of the military unit. And at night it flew into it. And there are three of us left. Sur is real, just a story about “Ten Little Indians”, only there are many more of these little Indians … “

The master sergeant who utters these words (tall, handsome, slightly limping on his left leg) has an absolutely impassive face. With this, it is necessary to quote a textbook on analytical chemistry, and not talk about a terrible tragedy, about the simultaneous death of almost two hundred young men, the best citizens of their country. And… absolutely dead eyes. No, he is normal, adequate, now he continues to fulfill his duty in the same scorched steppes of the Kherson region, and he does it perfectly, but it seems that the soul of a soldier lost something very important that night. He has changed, and changed forever.

The battalion went to heaven …

Empathy dies first in war. At some point, you stop perceiving those who are behind the front line as people. You deliberately dehumanize the enemy. At first, it helps to simply kill them, and then you indifferently push away the body of a dead soldier with your foot. Emotion arises only if you fall into this very body, already thoroughly rotten, with a boot. No, not pity – disgust. But this is a man.

The war in the south is different from the war in the north. Ukraine is huge – we sometimes do not even realize how much: modern technology reduces distances. But, believe me, this is the whole world. We don’t have jungle. The north is forests, swamps, lakes, rivers. South – fields, fields, fields, thin plantings, mostly from acacias, and again fields. Beams overgrown with silvery goof and some other thorn. In the summer – hellish heat. The all-sizzling sun. You can fry eggs on the armor. What’s under the armor?

“Our tankers are the base, everyone can be safely presented to the Hero. No, you don’t understand: they’re fucking crazy. Three tanks for 15? Don’t fucking do it! They get out and, what the hell is characteristic, force them to run. The tank was blown up by a mine, immobilized, the guys with a shell shock jump out, one is left to guard the car, and the rest run after the infantry, they want to fight. Boys, twenty years old, but, bastards, some completely fearless. Our brigade is called the Knights (we are talking about the 28th, – Ed.), And so, the knights in it are they, the tankers. Hell, they even had some kind of duel with the Russians in the beam, they went out one on one, for a short distance. Like these ones”.

And the sky? Look at the sky. In summer and autumn over the Kherson region, it is somehow especially blue. There is no such sky anywhere in the world, believe me. And now something incredible is going on there. Cruise missiles pierce the air, fighter jets make intricate turns, helicopters crouch, clinging to the ground, in order to raise their noses and launch unguided rockets in the immediate vicinity of enemy positions: it is scary to enter enemy territory.

Yes, fear … In ordinary life, we do not experience it so often. Well, a fighting dog will rush there, hooligans will stick – something like that. Air raid alerts have now been added, but in Odessa they most often just get on your nerves.

And this is not at all the fear that people on the front line experience.

“Real fear is paralysis, paralysis of thoughts, paralysis of the will, paralysis of movement. Such a rush of hormones, when a person becomes numb, sticks to the ground. You can deal with him, but it requires a huge effort, ”explains the scout of the Knights Brigade D..

“In those rare moments free from work, the brain refused to analyze anything, it wanted three things – nicotine, caffeine and melatonin,” says Ukrainian helicopter pilot V. edge, and I got through. Fortunately, the next rotation took place in twenty days. By that moment, I managed to realize, get scared, realize again, calm down and fly away. Already mentally much more prepared.”

V. made so many sorties that it is just right to represent the order: comparable to the award standard of the Second World War. Alas, the authorities think otherwise. Scout D., by the way, is still walking around with an empty chest.

Why am I? Moreover, one should not assume that the liberation of the Ukrainian Kherson was an easy task. No, they paid a big price for it. Bloody. First on the defensive, then in several offensive attempts. Battalions that have gone into the sky… Thousands of young and not so Ukrainian men and women. The best of the best. The most motivated, competent, beautiful …. And how many children were not born as a result of all this? Scary to think…

The area between Nikolaev and Kherson is now scorched earth, littered with corpses, armored vehicles and mines. Yes, in some places they are trying to engage in agriculture, but in general everything is very bad. In all senses.

Price. Ukraine has paid it and will continue to pay. Alas.

Rejoicing today for the liberated Kherson and putting watermelons on avatars, do not forget about those who did not live to see this day. About the fallen Marines. Odessa Knights (and their commander), soldiers of motorized infantry and mountain rifle brigades, soldiers of Troops, tankers, pilots. About activists tortured to death in the dungeons, about civilians who died due to shelling, about internally displaced persons who lost their homes.