Ukraine war latest: Russia is ‘turning Kherson into a deathtrap’ 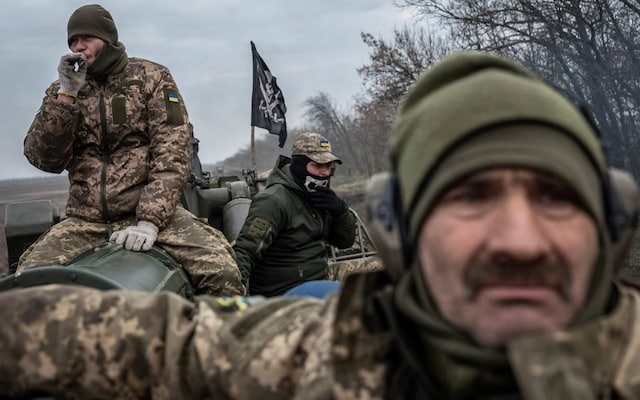 Russia plans to turn Kherson city into a deathtrap, a senior advisor to the Ukrainian President warned on Thursday.

Russian forces are mining “everything” as they withdraw from the city and plan to shell it from the other side of the Dnipro River, turning it into a “city of death,” Mykhailo Podolyak wrote on Twitter.

“The Russian military mines everything they can: apartments, sewers. Artillery on the left bank plans to turn the city into ruins,” Podolyak wrote.

“This is what [the] ‘Russian world’ looks like: came, robbed, celebrated, killed ‘witnesses’, left ruins and left,” he added.

Moscow ordered its troops to withdraw from the southern Ukrainian city yesterday but Ukraine and its allies are remaining cautious about the announcement.

UK Defence Secretary Ben Wallace said on Thursday that “we’ll believe it when we see it” and must continue watching for “Russian tricks”.

“We can’t yet confirm or deny the information of the so-called withdrawal of Russian occupation troops from Kherson,” Ukraine’s army chief said. “We continue to conduct the offensive operation in line with our plan.”

Running total of donations to the Salvation Army Ukraine fund for displaced Ukrainians : $ 876 !!