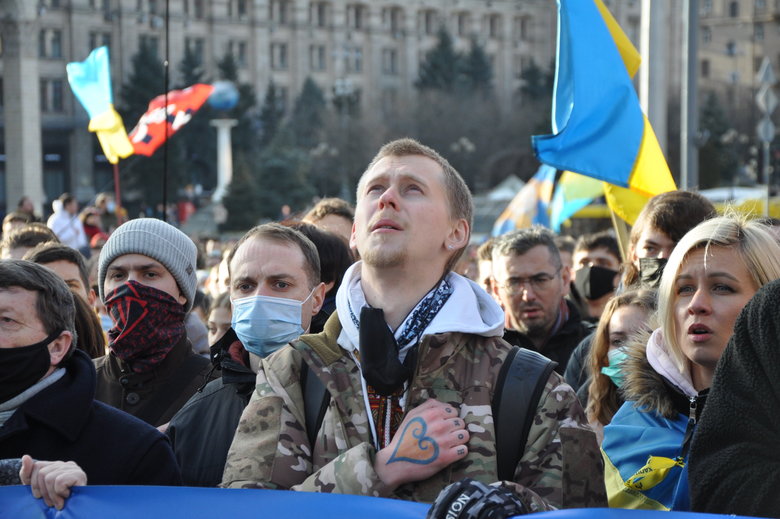 The March of Unity in Kyiv on 12 February 2022 only 12 days before Russia launched its full-scale military aggression against Ukraine. Credit: censor.net

Ukrainians have changed more since Putin launched his full-scale aggression against Ukraine in February than they had in the previous 30 years, a development that has transformed their society but is one that Russians as yet have failed to recognize, according to Yevhen Golovakha, the director of the Institute of Sociology at the Ukrainian National Academy of Sciences in Kyiv.

In his words, “what Ukraine was not able to do in the course of the 30 years of its independent existence, the war has done.” It has changed the attitude of Ukrainians to their state, their society and their future.

Golovakha draws his conclusions by comparing the results of two polls his institute conducted, the first in November 2021 before the war and the second in the middle of May 2022 after the war had been going on almost two months:

This is “decisive,” Golovakha says. It means that Ukrainians see their country not only as viable but valuable, and this feeling is shared now by people in all parts of the country.