An enemy missile hit the elevator, the head of the Dnepropetrovsk regional military administration said. 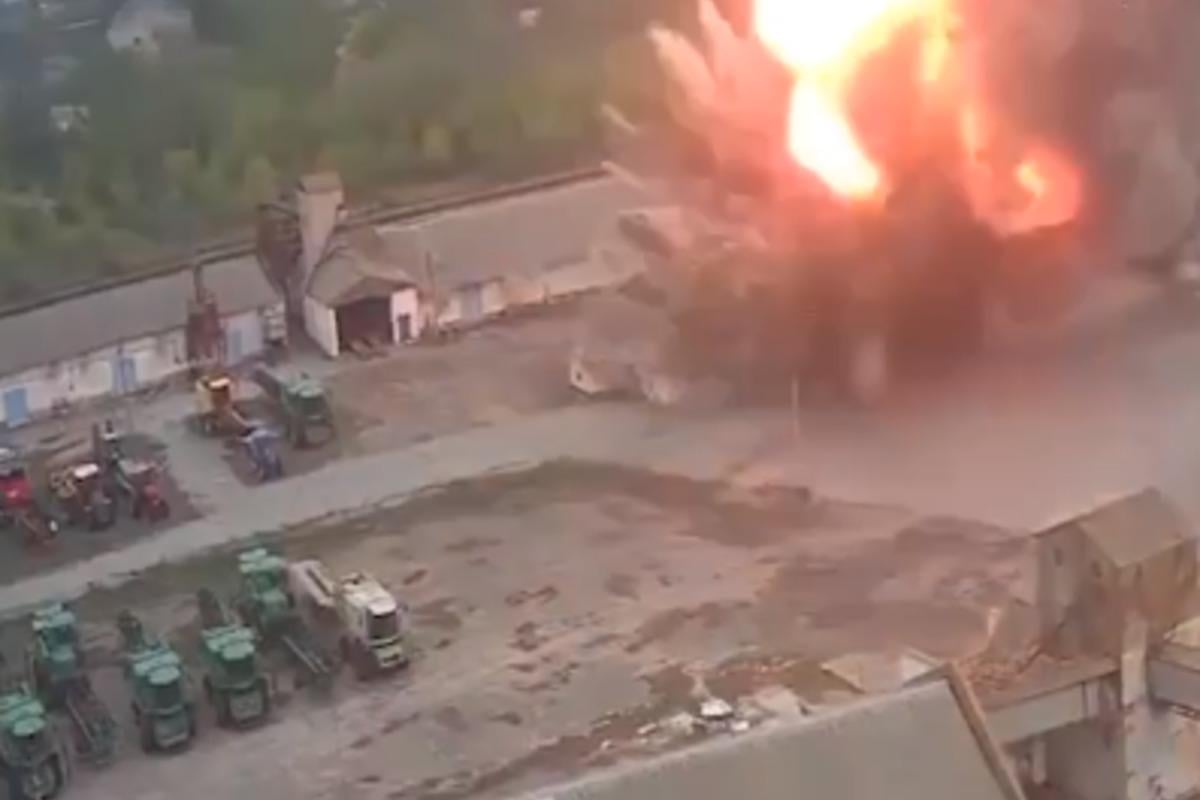 In the Dnipropetrovsk region, the invaders destroyed a warehouse with grain / screenshot

Russian invaders launched a missile attack on the Dnepropetrovsk region.

The head of the Dnepropetrovsk regional military administration, Valentin Reznichenko, reports this in his Telegram.

“We have another arrival in the Sinelnikovsky district. The rocket hit the elevator. It destroyed the warehouse with grain. Previously, there were no casualties. Our agricultural warehouses do not give rest to the orcs,” he said.

The enemy first dropped bombs on military installations, and then attacked peaceful cities, in particular, in the Dnepropetrovsk region.

At the end of April, it became known that the enemy fired on the Sinelnikovsky district of the Dnepropetrovsk region and hit the old industrial zone .

On May 1, a Russian missile hit the warehouses of agricultural enterprises in the Sinelnikovsky district. There were no casualties.

On the same day, President Volodymyr Zelensky said that the occupiers were pulling up forces to the south of Ukraine in order to try to attack cities in the Dnipropetrovsk region, which could be a strategic success for Russia in the war.