Russia trying to involve cadets from Libya, combatants from Syria, Chechnya in war against Ukraine – intelligence 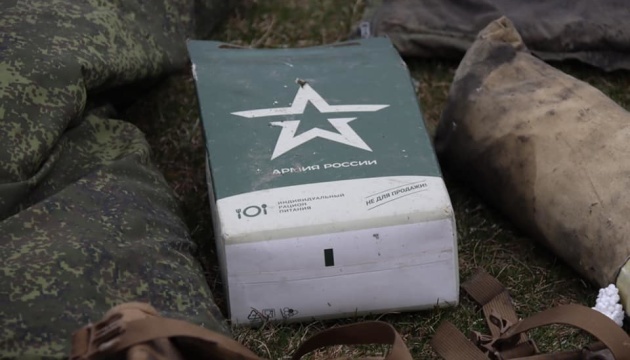 The Russians are trying to involve cadets from Libya and participants in hostilities in Syria and Chechnya in the war against Ukraine.

According to Ukrinform, the Main Intelligence Directorate of Ukraine’s Defense Ministry reported this on Telegram.

“Students of the Mikhailovskaya Artillery Military Academy (St. Petersburg), who are undergoing internships in Libya, may soon join the occupation army. The command of the academy is taking measures to return students to the Russian Federation and involve them in hostilities against Ukraine,” Ukrainian intelligence said.

The Russians are also looking for servicemen who can agree to take part in the armed aggression on Ukrainian territory. To this end, they are even reducing the composition of the Russian grouping in Syria. In recent days, organizational and staffing changes have been made in this grouping. As a result, 200 positions in the Aleppo tactical grouping have been cut, intelligence said.

It is expected that after the return of the dismissed servicemen, they will be immediately sent to the areas of hostilities.

In general, the Russian military command is showing considerable interest in the military personnel who took part in the fighting in Syria and Chechnya.

“Currently, measures are being taken to involve them in the composition of the occupation army. The main regions where the mobilization campaign is going on are the Krasnodar Krai, Perm Krai, the Republic of Dagestan, Ingushetia, Kalmykia. These actions are accompanied by a powerful propaganda campaign against the ‘Nazi/punitive’ regime in Ukraine. The financial aspect is also important, which is tangible for the population of Russia in the context of restrictive sanctions imposed by the United States and Western countries. The information has been confirmed that participants in the hostilities on Ukrainian territory are additionally motivated by the opportunity to improve their financial situation at the expense of ‘trophies’,” the Main Intelligence Directorate said.