Former German chancellor Schroeder does not regret his policy towards Russia

So he thinks now, when Putin is waging a brutal war against Ukraine, and despite the fact that all of Germany is reconsidering relations with Russia. 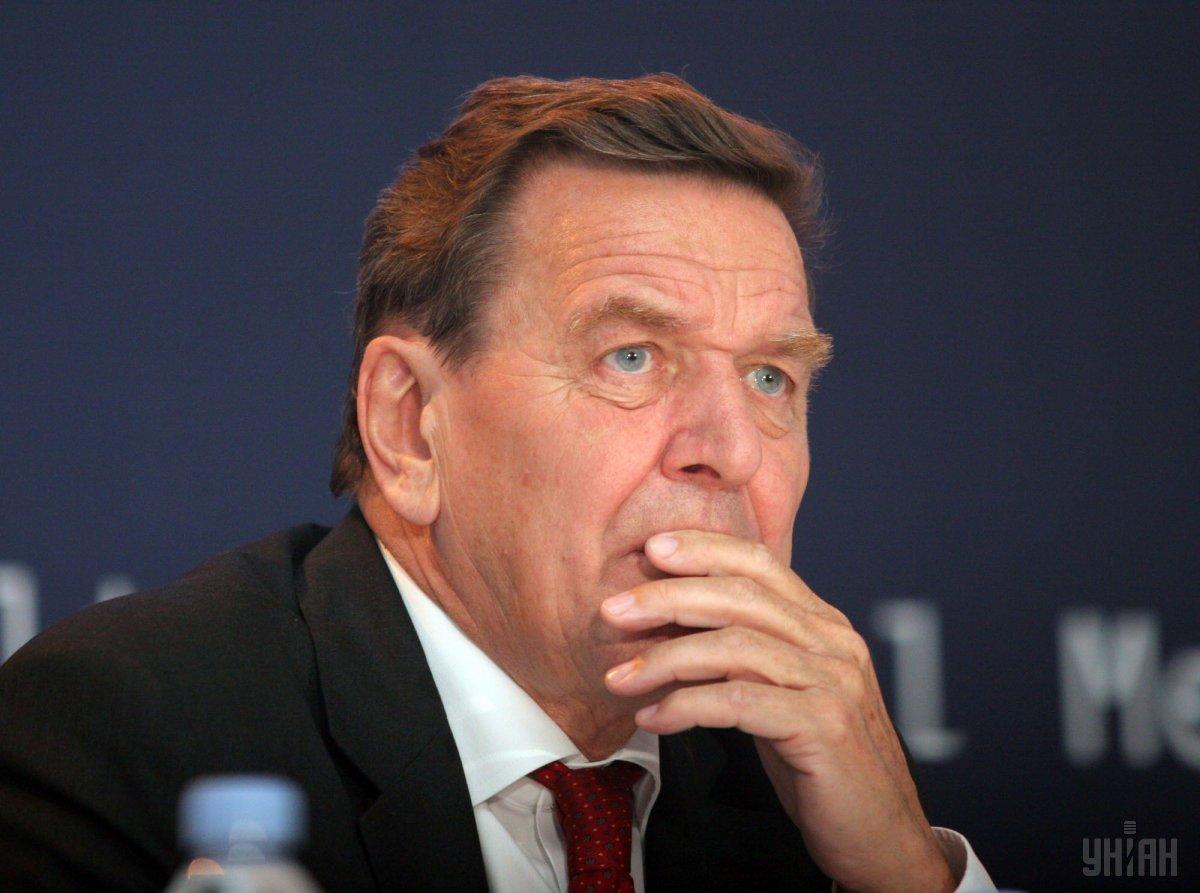 Former German Chancellor Gerhard Schroeder does not regret his stance on Russia, despite its current war against Ukraine.

He stated this in an interview with the New York Times  (NYT). He noted that there is no fault in the former pro-Russian sentiments of Berlin.

According to the publication, 17 days after leaving the post of chancellor in 2005, Schroeder received a phone call from his friend Russian President Vladimir Putin with an offer to head the Nord Stream shareholders’ committee, which was responsible for building the first underwater gas pipeline. This gas pipeline was agreed upon in the last weeks of his chancellorship and with his strong support.

After 17 years, he remains as self-confident, the newspaper notes.

“I don’t blame myself… It’s none of my business,” he commented on Germany’s dependence on Russian gas, which allowed Putin to put pressure on Europe and fill the military coffers.

So he believes even now, when Putin is waging a brutal war against Ukraine, and despite the fact that all of Germany is reconsidering relations with Russia.

The publication notes that Germany had a conviction, supported by a long line of chancellors, industry leaders, journalists and the public, that Russia, bound by trade relations, would risk too much in the event of a conflict with Europe.

The NYT notes that Schroeder was far from alone in this belief, but today he has become the most prominent face of that long era of miscalculations, not only because he does not express regret, but also because he profited handsomely from it, earning millions on the promotion of Russian energy interests.

When asked about Russian war crimes in Bucha near Kyiv, he replied that they should be investigated. At the same time, Schroeder expressed doubt that the orders for Bucha came from Putin.

“I think this war was a mistake and I have always said so. What we need to do now is to establish peace as quickly as possible,” he added.

The publication notes that Schroeder secretly tried to take advantage of his status as a friend of Putin and influence him in order to stop the war in Ukraine. But he didn’t succeed.

According to the NYT, since the start of the large-scale attack on Ukraine, all members of Schroeder’s parliamentary office, including his chief of staff and a 20-year-old speechwriter who have worked with him since he was chancellor, have resigned in protest.

The publication also notes that Schroeder renounced his honorary citizenship in Hanover before the city authorities did so. The last time in Hannover was stripped of the honorary citizenship of Adolf Hitler, posthumously. And when the Borussia Dortmund football club, which Schroeder has supported since the age of 6, demanded a harsh statement from him regarding Putin, he canceled his membership.

Schröder currently remains chairman of the Nord Stream shareholders’ committee, reportedly earning around $270,000 a year, and chaired the supervisory board of the Nord Stream 2 concern, which built a second pipeline linking Russia with Germany under the Baltic Sea until it was shut down. .

Since 2017, he has also been chairman of the board of Russian oil company Rosneft, earning an additional $600,000 a year, according to public records, on top of his $9,000 monthly government stipend as a former chancellor.