The meeting between the Ukrainian prime minister and the American president took place in Washington. 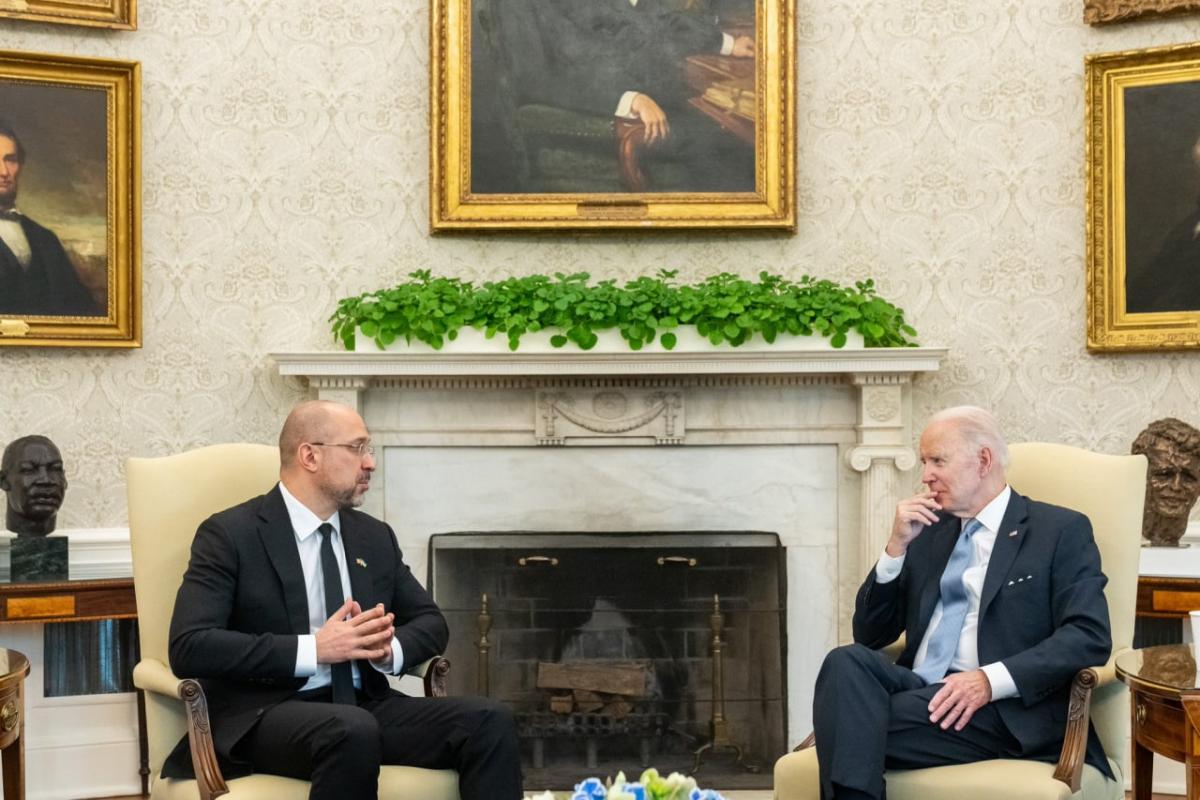 Prime Minister of Ukraine Denys Shmyhal met with US President Joe Biden . The parties discussed the situation in Ukraine and options for stopping Russia.

Shmygal announced this on his Telegram channel.

According to him, the only way to force the Kremlin to end the war in Ukraine is by supplying weapons, expanding financial assistance and strengthening sanctions against Russia.

“He spoke about the atrocities of the occupiers on the territory of Ukraine. About the numerous victims and significant losses, about the destroyed civilian infrastructure. We appreciate the decisive position of Mr. Biden to call these actions genocide. We count on the joint efforts of the international community so that the organizers and perpetrators of crimes are brought to justice. Our armed forces and our people have shown that we will not give up and we can win.

At the same time, the Ukrainian prime minister thanked Biden for a new $800 million military support package for Ukraine and $500 million in economic assistance, as well as a program for Ukrainian refugees.

As UNIAN previously reported, US President Joe  Biden issued a new statement on the situation in Ukraine. According to him, now Russia has reoriented the company to seize new territories in eastern Ukraine.