In the Kherson region, the occupiers are taking ownership of agricultural enterprises, forcing them to carry out sowing in favor of the Russian Federation. 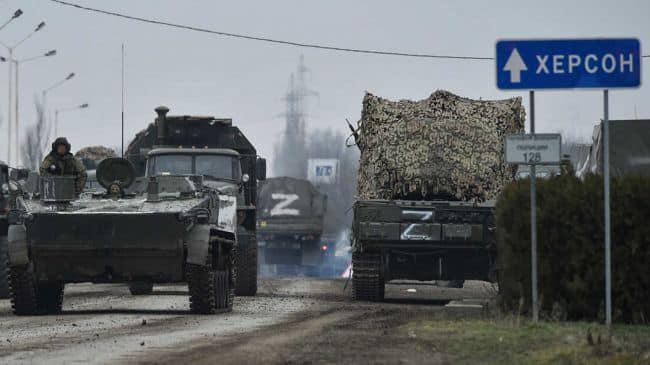 In the Kherson region, the occupiers take ownership of agricultural enterprises, take products out of warehouses and threaten to force workers to work.

The All-Ukrainian Agrarian Council writes about this .

“In the Kherson region, the occupiers take ownership of agricultural enterprises, force them to carry out sowing for the benefit of the Russian Federation, take products out of warehouses, force workers to work. Those who do not agree are threatened with physical violence,” the report says.

Agrarian from the Kherson region Albert Turtle is the owner of the enterprises LLC “Agro-Sodruzhestvo” and PE “Sodruzhestvo-South”, has 20 thousand hectares in cultivation.

He said that the armed Kadyrovites entered the territory of his economic divisions in the Genichesk district on April 11-12.READ ALSO:

“We have bases in the villages of Chongar, Krasnoye, Pavlovka, the land bank is 20,000 hectares. The armed people said that now all the property of the enterprise belongs to them. The heads of departments were warned that in case of property losses they would be beheaded,” he said.

According to him, the groups of invaders are under the leadership of the separatist S. Nemitulaev. Now the employees of the enterprise are forced to work on it in favor of the occupiers.

Earlier it was reported that about 40% of the inhabitants, 20% of doctors and medical personnel, 5% of school directors and 3,000 students had already left Kherson occupied by Russian troops.

Also in the Kherson region  , the Russians stepped up preparations for a “referendum”  on the creation of the so-called “Kherson People’s Republic”, the date of which was postponed to April 27. The occupiers postponed the date of imitation of the will of the people to April, trying to speed up the legitimization of the occupation authorities, disregarding all laws and regulations.