Moscow Patriarchate should be sanctioned for blessing the war 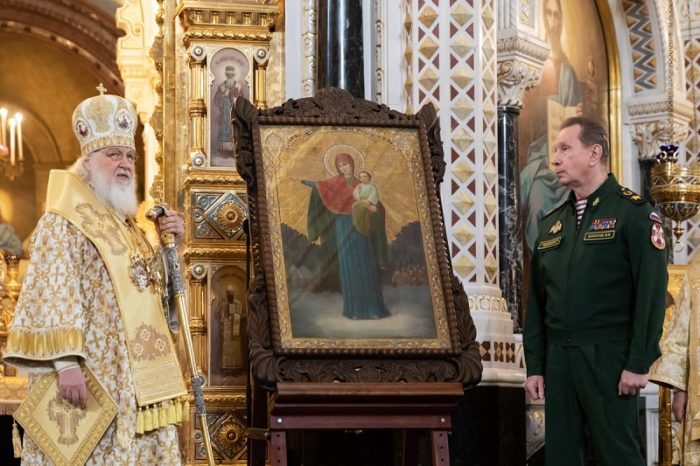 The Moscow Patriarchy of the Russian Orthodox Church is guilty of blessing the war and it should be considered one of the Kremlin propaganda tools. Its clergy, which blesses Russian war criminals, should be sanctioned together with Russian political and military leaders and excluded from contact with the Western world.

On 13 March, Patriarch Kirill blessed the Commander-in-Chief of the Russian Guard Viktor Zolotov and bestowed him with the icon of Our Lady. On his part, Zolotov thanked the head of the Russian Orthodox Church: The icon “will accelerate our victory [over Ukraine],” he said.

The Russian Guard (Rosgvardia, in Russian) is infamous for its brutal attacks on peaceful protesters in Russia and is currently busy “denazifying” Ukrainian towns and villages after devastating bombings. Patriarch knows that well, but his actions are more than a mere justification for the Russian aggression. 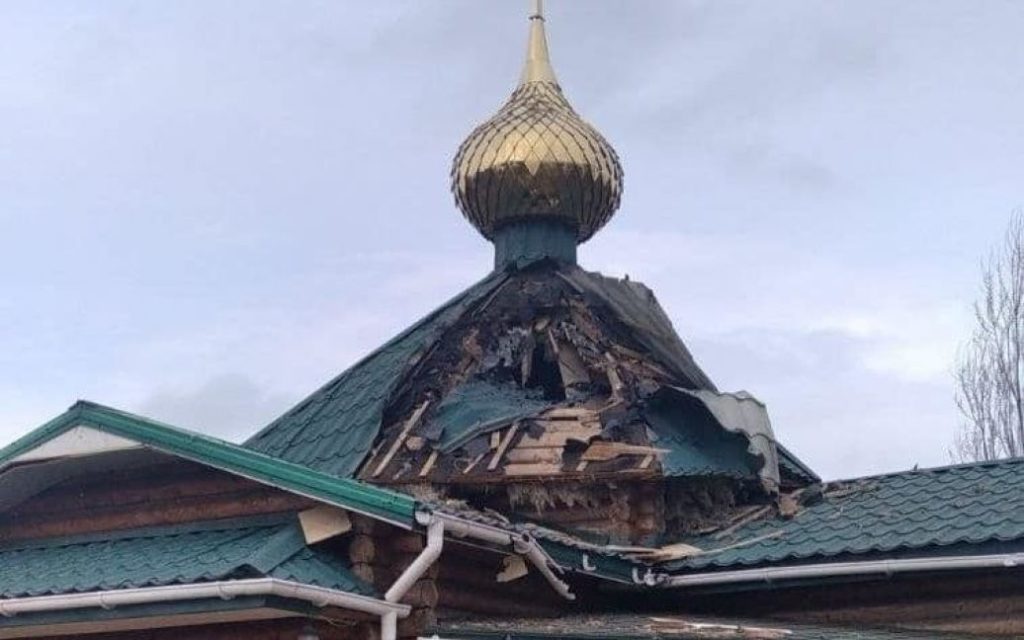 In this way, Patriarch continues his long-standing battle with the so-called “collective West.” It’s worth mentioning that the icon with which Kirill encouraged the invaders to wage war, is called the “August Icon of Our Lady”. It was painted during World War I to commemorate the miraculous vision to Russian soldiers of Our Lady, who allegedly promised Russians to win in the upcoming Battle of Warsaw in 1914.

In a church milieu where life is imbued with profound symbolism, this symbol looks very ominous and completely consonant with the Russian TV propagandists who threaten to spread Russian aggression into Poland, Germany, and beyond. The anti-Westernism, which the Patriarch shares with the Kremlin, is constantly pumped into the minds of Russians, and it looks not only sinister but hypocritical.

It is well known, that Patriarch Kirill is a passionate fan of luxury Swiss watches, chic cars, and skiing in the Alps. At the same time, he is a vocal critic of the “earthly and spiritually-impoverished West. ” As cynical as his criticism, are Kirill’s annoying claims about Russia’s unique spirituality – he endlessly reiterates that only Russia is a truly “Holy Country.” This is not only absurd from a historical point of view but also blatantly inconsistent with the real life of Russian society.

The rate of premeditated murders per 100,000 inhabitants in Russia (8.21) is almost seven times higher than in Great Britain (1.2), which has the worst record among all Western European countries. Russian alcohol consumption per capita is the fourth highest in the world, and the suicide rate is the 17th highest.

By the number of abortions per 1,000 women between the ages of 15 and 39, Russia is way ahead of the West European countries that Russian propaganda portrays as a hotbed of depravity and degeneration. 37% of all pregnancies in Russia are ended in abortion, and it is much more than in the Netherlands (11%), Germany (9%), Ireland (4%), not to mention Austria (just 1%). The number of abandoned children in Russia is several times higher than in Western Europe, every year 10,000-11,000 children are abandoned there. Every year, about 500 children are killed in Russia by their own parents.

And according to the so-called World Giving Index, which measures charitable activity (volunteering, helping the needy, monetary support for the poor, etc.) Russia ranks 126th, the United States is second, and the same Netherlands is 13th. Finally, the proportion of Russians who attends church services weekly is lower not only than in Italy, Spain, Ireland, or Austria, but also than in Germany and, again, the Netherlands.

I wonder, after the genocide in Ukrainian towns perpetrated by the war criminals Gen.Zolotov, who was blessed by Kirill, and after what happened in Bucha, Irpen, and Borodianka – will Kirill still dare to talk about Russian spirituality? Almost certainly he will.

At the same time, the Moscow Patriarch is the only person among the Russian military, political, and propaganda elite who has managed to avoid Western sanctions so far. For some reason, many in the West considered the Primate of the Russian Church to be a religious leader, even if dependent on the government, but still a somehow independent actor. Himself, Kirill enjoys the image of at least partially significant political figure, although there is no reason at all to believe in it.

Kirill is trying to prove his usefulness to Putin by acting abroad as a de facto representative of the Russian foreign ministry. It corresponds to the opinion of Putin himself, who views the Russian Orthodox Church as a tool of his foreign policy. Isolated from Western countries, Putin is desperately seeking an intermediary between Russia and the Catholic world, and Kirill suits that need. 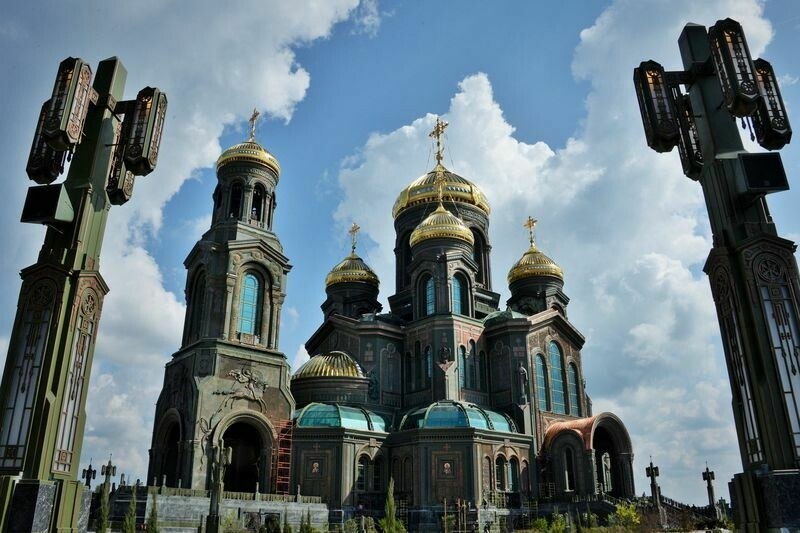 In 2019, Kirill made enormous efforts to prevent the Tomos of Autocephaly for the Orthodox Church of Ukraine (though he failed). In 2016, Kirill managed to convince Pope Francis to sign the so-called Havana Declaration, which described the situation in the world as very close to what is the official position of the Russian Orthodox Church. Regarding Ukraine, the Declaration spoke about the “schism between Orthodox churches in Ukraine” in line with the Kremlin propaganda. In return, Pope Francis included statements like “we are brothers, not rivals,” “longing for the lost unity and calling for its restoration,” and, perhaps, the Pope seriously believed that his interlocutor was also thinking in terms of unity around the Eucharistic cup.

However, Kirill is very cynical regarding any ecumenical rhetoric. In his youth, ecumenism used to be a means for him to travel abroad along and across the despicable world of consumerism, and live comfortably in the face of the hopeless Soviet life. Later in the 1990s, it was revealed that Kirill served as a KGB agent with an alias “Mikhailov” and reported to his superiors at the KGB headquarters.

Since the 1990s, he positioned himself as a Russian nationalist and a harsh critic of everything non-Orthodox and not Russian enough. Being elected as the 16th Patriarch of Moscow in 2009, Kirill at some point felt himself to be a great political figure and nearly an equal of the Putin-Medvedev tandem.

However, Kremlin promptly enough put him in his place. In fact, he has become the head of yet another Russian “natural monopoly,” whose potency and place in the power hierarchy are defined almost exclusively by the will of the Russian authorities. Kirill has exchanged the right and obligation to be the defender of truth and faith for money, privileges, and for being number six in the official state protocol. His blinding vestments and pious jargon should not deceive anyone.

Some time ago, the goals of the Representation of the Russian Orthodox Church to European organizations were described by its deputy head archpriest Anton Ilyin as following:

Therefore, the Moscow Patriarchate’s partners in the World Council of Churches, the Conference of European Churches, and various global and both governmental and non-governmental international organizations should be prepared for a surge in its activity. Needless to say, the Kremlin will support the Patriarchate’s foreign activities with increasingly generous financing.

The Moscow Patriarchate not only unconditionally endorses Russia’s bloody massacres in Ukraine but overtly inspires it as well. The Russian Orthodox Church is fully responsible for the incitement of war, the way it is waged, and for the war’s atrocities. The church hierarchs are no less guilty of crimes against humanity than the founding fathers of the Russian fascist ideology and Russian TV propagandists.

However, the Russian Orthodox Church is almost the only Russian institution that is not affected by sanctions, and its hierarchs can enjoy foreign travel and are involved in dubious diplomatic activities. It is a serious mistake on the side of Pope Francis and the Archbishop of Canterbury to discuss war matters with Kyrill, who speaks to them gently but immediately starts calling to destroy the Western civilization after he puts down the phone.

And this mistake should be corrected as soon as possible.