De-Russification in the Lviv region: dismantling of the “eternal flame” began in Drohobych (photo)

In addition, the Drohobych community plans to rename the streets, the names of which are associated with the “Russian world”.

In the Lviv region , as part of de-Russification, they began to get rid of Soviet memorials. In the city of Drohobych, the “eternal flame” is being dismantled.

Mikhail Zadorozhny, deputy of the Drogobych city council, told  about this on his Facebook page . 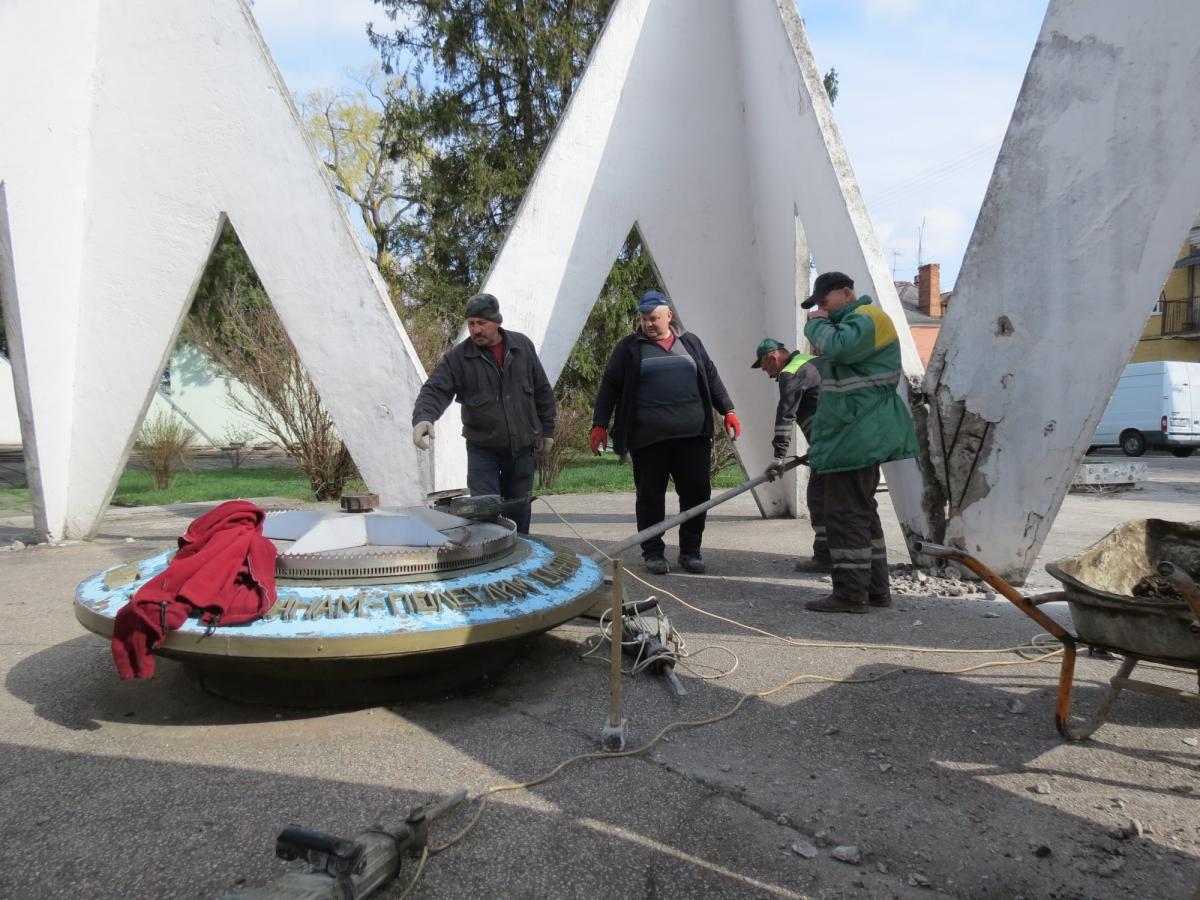 In the city of Drogobych, the “eternal flame” is being dismantled / photo facebook.com/zadorozhnyi

“A historic day with a delay of 30 years. On April 20, 2022, public utilities began to implement the decision of the session of the Drohobych City Council to carry out a complete de-Russification in the Drogobych community. Now the Memorial of Glory at the intersection of Samborska and I. Franko streets (the so-called “eternal flame” is being dismantled) ),” he wrote.

In addition, the deputy said that on April 21, at the session of the City Council, the issue of renaming streets whose names are associated with the “Russian world” will be considered. Zadorozhny noted that the Drohobych community is finally getting rid of the symbols of the communist past.