Ukrainian woman showed the apartment after the Russians: they went to the toilet right in the bank

It is noteworthy that the toilet itself was clean and, it seems, was not used by the invaders. 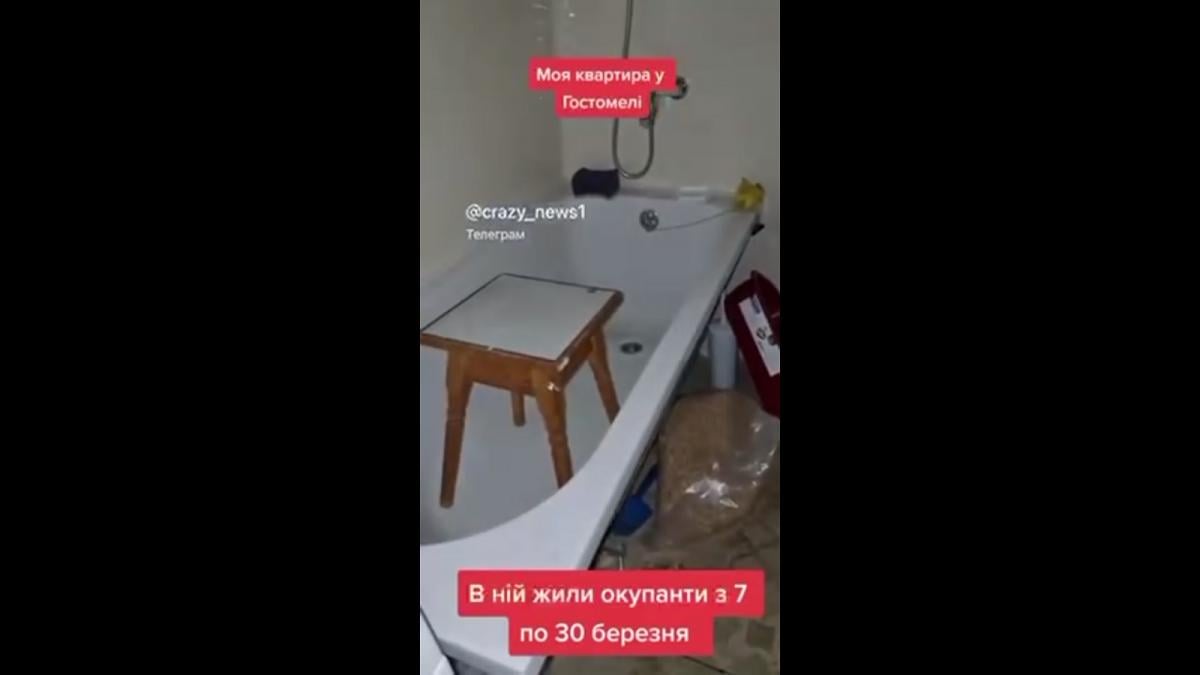 The Russians left behind a mess / screenshot

A resident of Gostomel returned to her apartment after the city was liberated from Russian invaders and shared her impressions of what she saw in the house.

On the video footage, the woman said that she found the apartment in a terrible state. The Russians littered the rooms with rubbish, and probably made an impromptu toilet on the balcony. It is noteworthy that the toilet itself is clean and, it seems, was not used by the rashists.

The owner of the apartment drew attention to the whole windows, although active hostilities were going on in the city from the very first day of the Russian invasion.

The doors of all apartments on the floor were opened by the invaders.

Leaving someone else’s home, the Russians left a note: “We did not want this …”. At the same time, another inscription was made on the wall with a felt-tip pen: “Salo to Ukraine, to the Heroes of Salo.”

The Russians did not have time to take the loot with them: they left a lot of mobile phones, clothes, flash drives in the house.