Bucha Street, where there was a column of broken Russian equipment, was cleaned: before and after photos

It is known that it was on this street that the Ukrainian military destroyed a large convoy of Russian equipment. 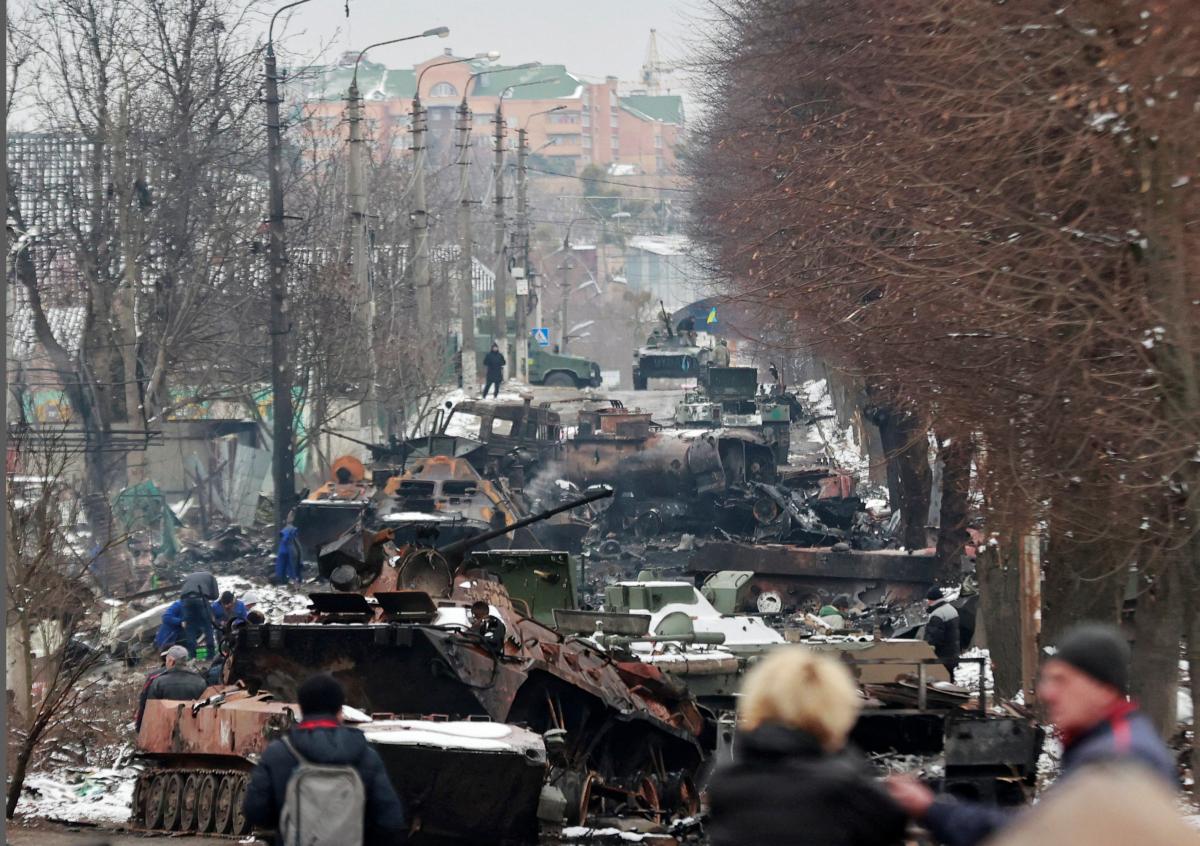 Bucha in the Kiev region after the liberation from the Rashists and demining began to clean up. In particular, rescuers and volunteers dismantled the rubble and cleared the roads of equipment and debris.

The network showed a photo of Vokzalnaya Street in Bucha, which was previously littered with broken equipment of the invaders.

It is known that it was on this street that the Ukrainian military destroyed a large convoy of Russian equipment. The street has changed beyond recognition.

“This is the street that is in all the photos with broken military equipment,” wrote journalist Kristina Berdinsky and published a photo of a free Ukrainian city clean from Russian evil spirits.

It should be noted that dozens of dead bodies were found on the streets of Bucha after being liberated from the Russian invaders . They lay right on the roads. Also killed and tortured locals were found in basements, private estates, parks and squares.