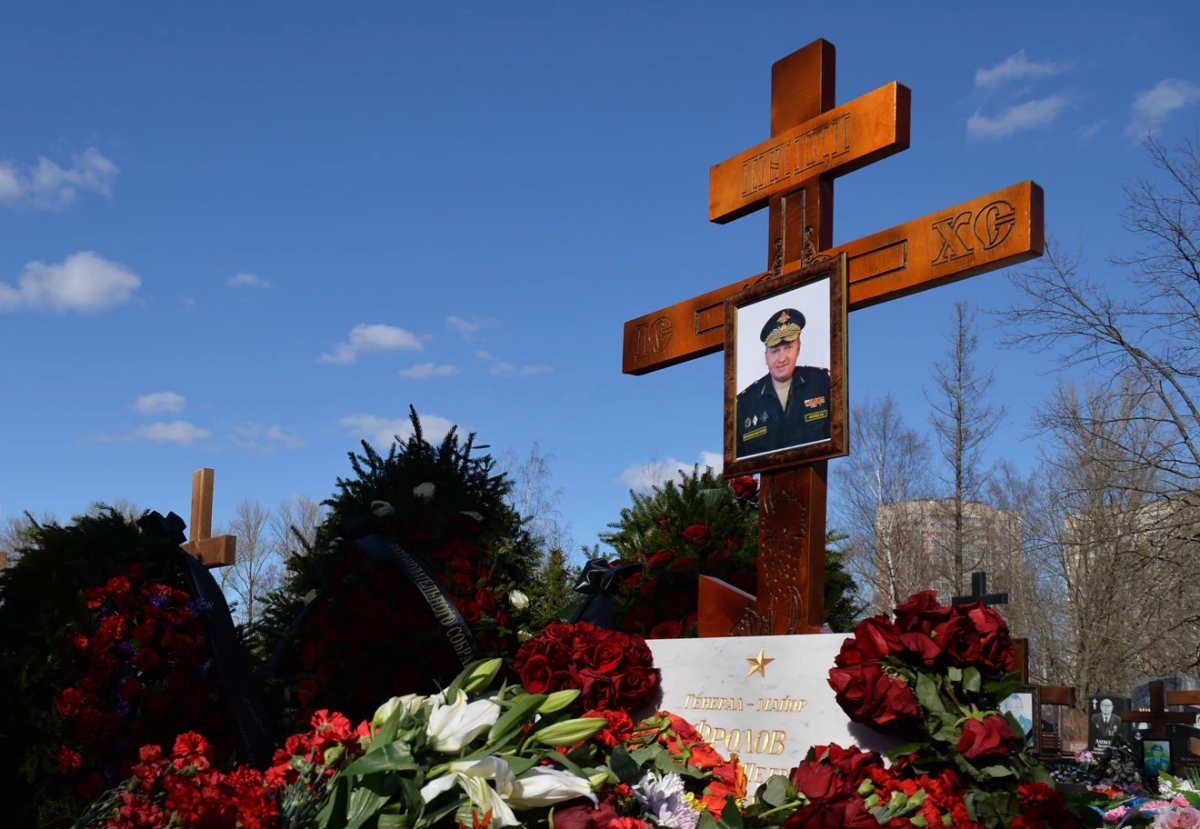 Putin’s major general, who was killed in Ukraine, was buried in Russia / photo fontanka.ru

On April 16, the deputy commander of the 8th Army, Major General Vladimir Petrovich Frolov, was buried in St. Petersburg .

According to the governor of St. Petersburg Alexander Beglov, Frolov “fell the death of the brave” in battles “with the Ukrainian enemy,” writes the Russian edition of ” Fontanka.ru “.

The funeral took place at the Serafimovsky cemetery with military honors.

It is also noted that on April 12, Lieutenant Colonel Miras Bashakov, also liquidated in Ukraine, was buried in St. Petersburg.