What is happening in Kyiv today: the situation in the capital and the region April 15 online

Recently, the situation in Kyiv and the region has stabilized, but air raid alerts are still sounding. 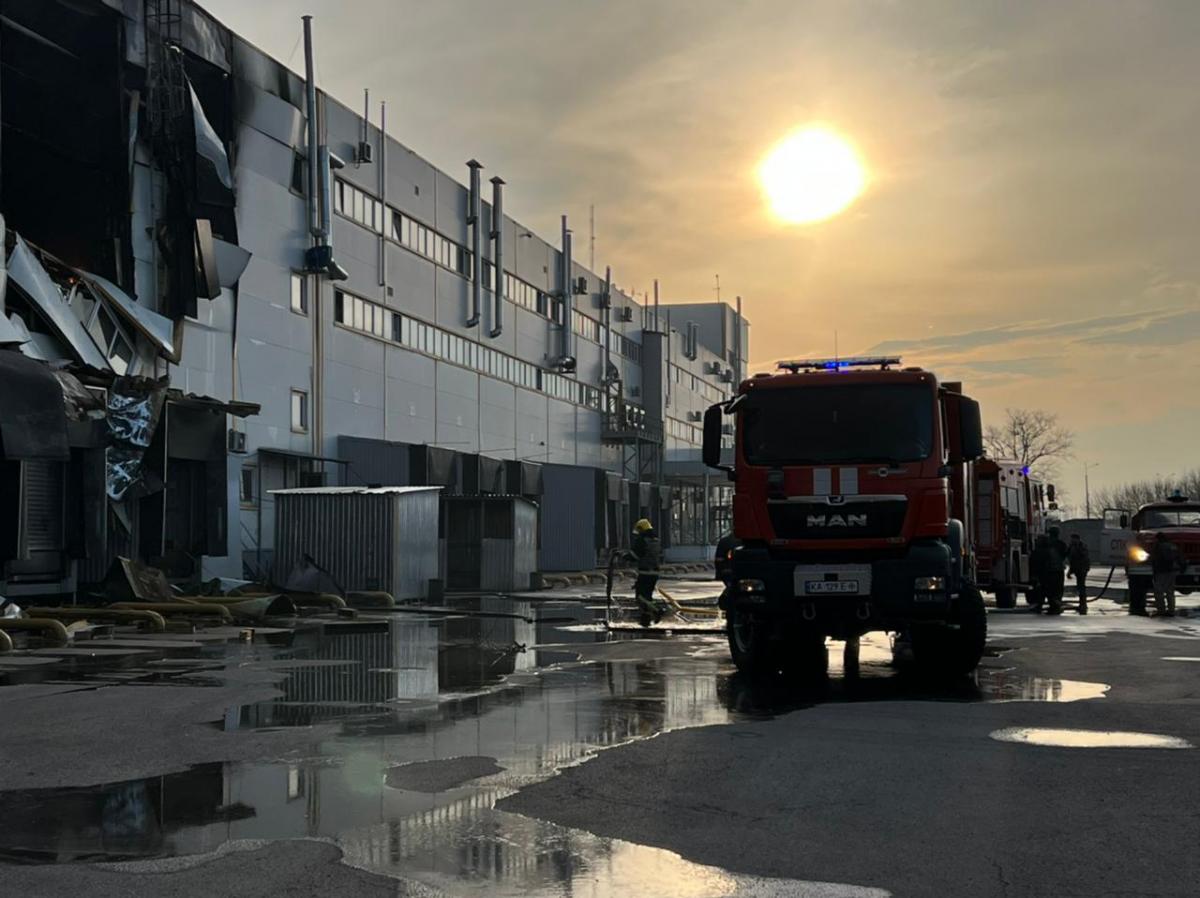 What is the situation in Kyiv today? / photo State Emergency Service of Ukraine

In Kyiv and the region, residents began to gradually return to their homes after the liberation of the Kiev region from Russian invaders.

UNIAN tells what is happening in the capital and the region online on Friday, April 15.

20:03  Friends, you asked – we did. Meet the updated UNIAN app. Download it to your phone and be the first to know the most important news. Stay with us and don’t miss anything interesting!

19:45  Recently, the leader in the number of open branches was the Lviv region. And as of today – Kievskaya. 465 branches are ready to receive your parcels, make transfers, accept payments for communal services and issue pensions 👌 ⠀ We are gradually resuming work in other areas. Today there are almost 6,000 branches throughout the country .

18:03  Three missile strikes on objects in the Kiev region were carried out by Russian troops during today’s day, said the head of the OVA Alexander Pavlyuk. He did not rule out the possibility of repeated strikes on any objects.

17:13  Destroyed by the “Russian world” the village of Gorenka in the Kiev region.

16:40  Meanwhile, in Kiev, an impressive line formed at the Main Post Office for famous postage stamps with a Russian warship.

16:20  Andriy Nebitov, head of the Kiev region police, said that as of April 15, 900 bodies of civilians had been found.

16:03 In the Kiev region, Ukrainian border guards found a captured Russian armored personnel carrier. After repair, the armored vehicle will help the Armed Forces of Ukraine in the fight against the invaders.

15:31  In Kiev, the square of friendship between Kiev and Moscow will be renamed the square of the Heroes of Mariupol. Also announced the renaming of some streets and metro stations.

15:26  Every day, 40-50 thousand people return to the capital – this was stated by the first deputy chairman of the Kyiv City State Administration Nikolai Povoroznik. The city authorities and representatives of the Ministry of Defense have repeatedly noted that it is not yet worth returning to the capital – over the next few days, there is a significant risk of missile attacks.

13:26  Dynamo Kiev announced the cancellation of a charity match against the Romanian club because of the statements of their president about the Azov regiment.

12:50  Electricity will be fully restored in Irpin by June 1.

12:02 Ukrzaliznytsya appoints another Intercity + in the Kiev-Przemysl message from April 20.

10:22  The Ministry of Defense of the Russian Federation announced that they hit the Zhulyansky machine-building plant in Kiev with missiles. Also, the defense department added that the scale of the Russian Armed Forces’ missile strikes on targets in Kyiv will be increased in response to any attacks or sabotage on Russian territory.

06:21  President Volodymyr Zelensky told why he has not left Kiev since the beginning of a full-scale war with Russia , despite receiving such proposals:

“I don’t care just what is happening in my country. I don’t care what happens to the Ukrainians. I am one of them. How can I quit? It’s simply impossible, impossible. “I wouldn’t even have such a thought if I wasn’t president. I would be in Ukraine. How can I leave all this? And now, when it’s a high responsibility for me, I couldn’t do it.”

03:33  According to the mayor of Bucha Anatoly Fedoruk, almost 85% of the bodies that are now taken out of individual burials and mass graves in the city have bullet holes . 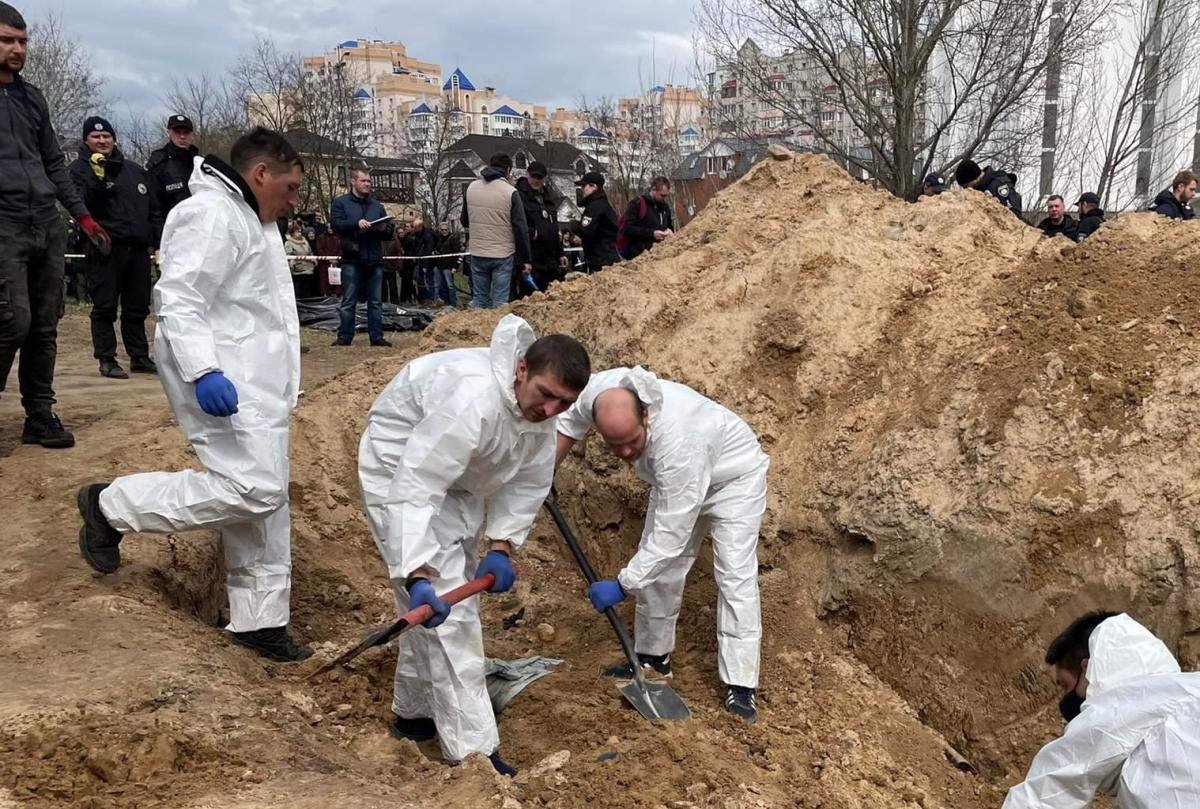 03:18 For nine days, hundreds of kilometers of roads have been cleared in the Kiev region, said Minister of Infrastructure Alexander Kubrakov. Now six temporary crossings are being built in the region to connect the cities with the capital, to ensure the passage and delivery of goods. 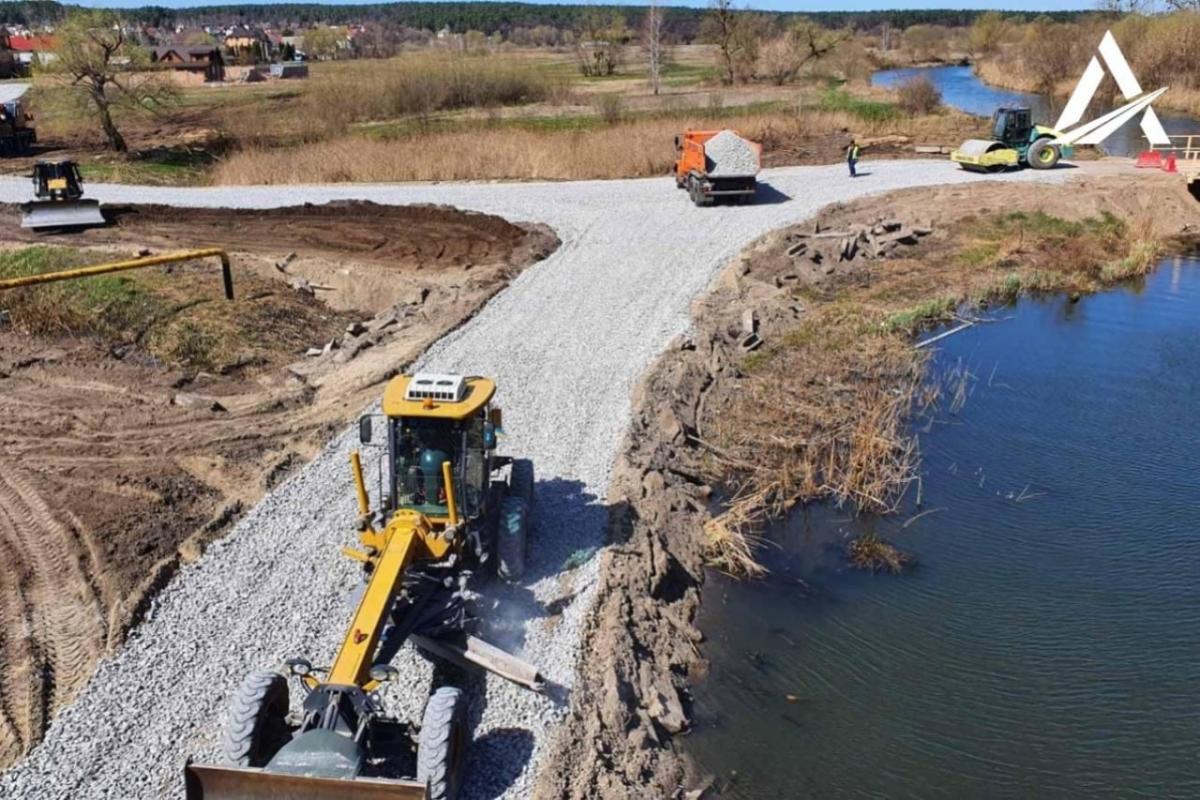 02:39 A power outage is reported in some areas of the capital.

01:30 Eyewitnesses report sounds of explosions in Kiev and flashes in the night sky.

00:10 In the Kiev region, the border guards went to the Vilcha checkpoint in the area with Belarus and showed that the occupiers left behind.

00:01  Russian troops destroyed 77% of the territory of the village of Gorenka in the Kiev region. This is evidenced by the map of the UN Satellite Center. Damages visible on satellite images were taken into account. 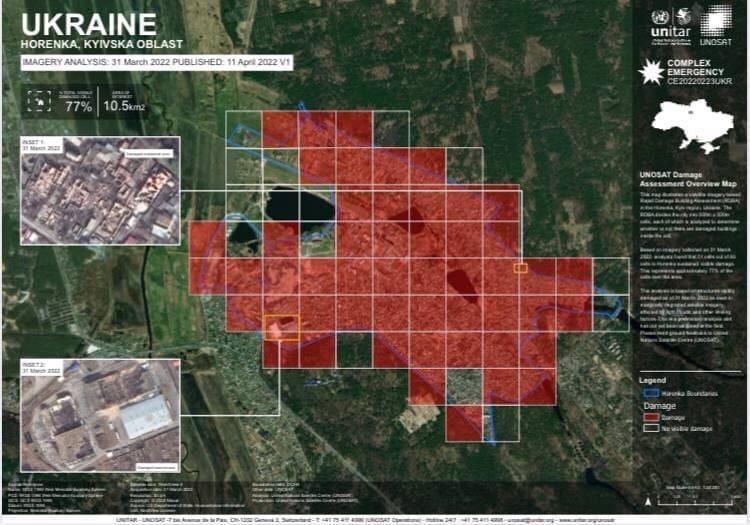 00:00  During the escape from the Chernobyl exclusion zone, Russian invaders robbed a police station and took with them radioactive items that law enforcement officers confiscated from stalkers .

“They have disappeared, and we understand that they are now somewhere in parcels from Belarus towards Russia. You won’t envy those mothers and wives who will receive such “gifts,” said Interior Minister Denis Monastyrsky on the air of the telethon.

Recall that in early April 2022, the entire Kyiv region was liberated from Russian invaders. What was seen in the suburbs of Kyiv shocked not only Ukrainians, but the entire civilized world – in Bucha, dead civilians were found with their hands tied behind their backs.

So far, a scenario has not been ruled out in which Russia will again try to resume the offensive against Kyiv.