The Prosecutor of the Hague Tribunal on the visit to Bucha and Borodyanka: this is not a fake, we saw the dead

Khan stressed that, together with his team, he will work with Ukrainian law enforcement agencies to establish the truth and bring the perpetrators to justice. 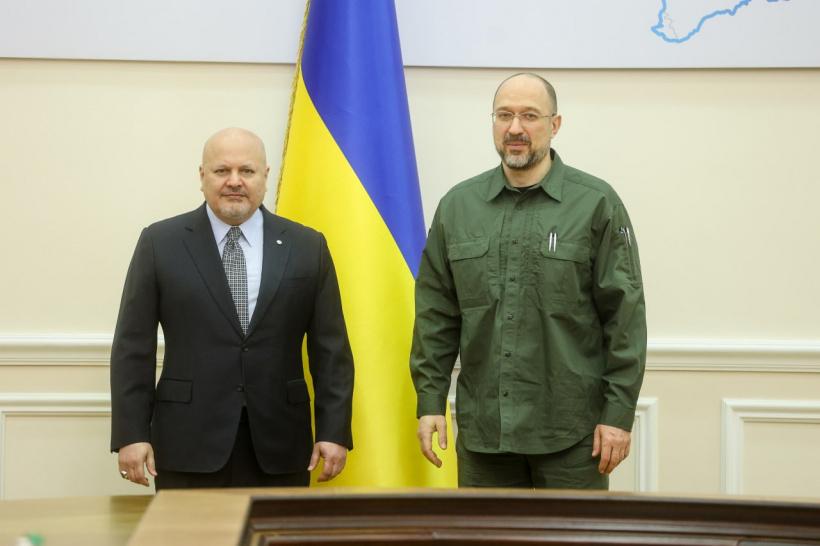 Prosecutor of the International Criminal Court Karim Khan, visiting Bucha and Borodyanka in the Kiev region, said that this is not a fake, as the Kremlin is trying to impose, because they saw dead people and destroyed buildings there.

According to an UNIAN correspondent, Khan said this at a briefing in Kyiv.

At the same time, he noted that no one should get away with crimes, and everyone who holds a weapon in their hands or operates an aircraft must comply with the rules and regulations.

In particular, do not hit civilians and civilian objects.

“I will try to establish a dialogue with the Russian Federation, because I have no other goals than justice. And I will continue to maintain close communication and cooperation with Ukraine. And in cooperation with the Office of the Prosecutor General, we will try to establish justice for women, men and children who suffer and suffer in this conflict,” the prosecutor said.

According to him, there are various military actions and, according to the Rome Statute, it is necessary to separate which of them are committed within the framework of the legal field and laws, and which are not.

“Therefore, we must examine the evidence and draw conclusions based on it … We have every reason to believe that crimes were committed on the territory of Ukraine, which fall under the jurisdiction of the ISS,” Khan added.

The prosecutor recalled that he visited Bucha and Borodyanka, and a team of experts from the ISS also works in other settlements liberated from Russian occupiers.

“Of course, we saw the damage and destroyed infrastructure, we saw the bags with the bodies of the dead, we saw it near the church in Bucha yesterday. But I haven’t even been to Mariupol and Kharkiv yet… Therefore, it’s too early to talk about evidence, evidence must speak for themselves, and when the judges take them into consideration and work with them, then we will already have something to talk about,” he said.

Khan stressed that he would accept all evidence from both Ukrainian law enforcement officers and non-governmental organizations and would check them.

“I can’t force anyone, but I will try to reach out to the Russian Federation for the third time … I have already sent the third appeal … Law and justice require us to be impartial, and I try to remain so in order to be impartial in decision-making,” added the prosecutor.

At the same time, he clarified that there are accusations of crimes from both Ukraine and Russia, but according to the Rome Statute, he must evaluate and consider all possible crimes, and the court, taking into account the evidence, will reach its own conclusions.

“Many people suffered from this war, they lost their loved ones… They have the right to receive justice… People died, buildings were destroyed. This is not fake. We saw these people, these buildings. We will work… to establish truth and bring those responsible to justice,” Khan said.