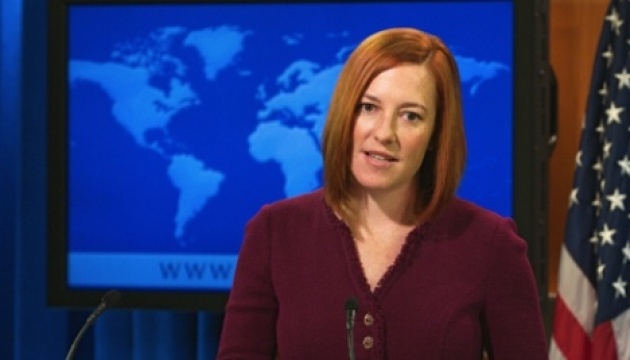 Moscow may resort to military provocation to justify a full-scale military invasion of Ukraine.

According to Ukrinform, this was announced at a briefing in the White House.

Press Secretary Jen Psaki stressed that Moscow would carry out such a special operation if the United States and Europe failed to prevent escalation through diplomacy.

“So, as you all have heard us say many times, we are concerned that the Russian government is preparing for an invasion in Ukraine that may result in widespread human rights violations and war crimes should diplomacy fail to meet their objectives,” Psaki said.

“We have information that indicates Russia has already pre-positioned a group of operatives to conduct a false-flag operation in Eastern Ukraine. The operatives are trained in urban warfare and in using explosives to carry out acts of sabotage against Russia’s own proxy forces,” the White House’s Spokesperson said.

As noted, the Russian military plans to begin these activities several weeks before a military invasion, which could begin between mid-January and mid-February.

“Our information also indicates that Russian influence actors are already starting to fabricate Ukrainian provocations in state and social media to justify a Russian intervention and sow divisions in Ukraine,” Psaki added.

For example, Russian officials and influence actors are emphasizing narratives about the deterioration of human rights in Ukraine and the increased militancy of Ukrainian leaders. This is all the spreading of misinformation.

As reported, Russia demanded that the North Atlantic Alliance, in particular, must deprive Ukraine and Georgia of their NATO membership prospects, officially announced at the Bucharest Summit in 2008. Instead, after recent talks with the Russians this week, NATO Secretary General Jens Stoltenberg said that NATO would not abandon its open door policy for other nations.

Numerous diplomatic events have taken place in Europe this week to discuss European security and reduce tensions over Ukraine as a result of the build-up of Russian troops near Ukraine’s borders and its temporarily occupied territories. However, negotiations between Western countries and Russia ended as expected without change.