Belarusian peacekeepers of the CSTO forces arrived in Kazakhstan on five planes. 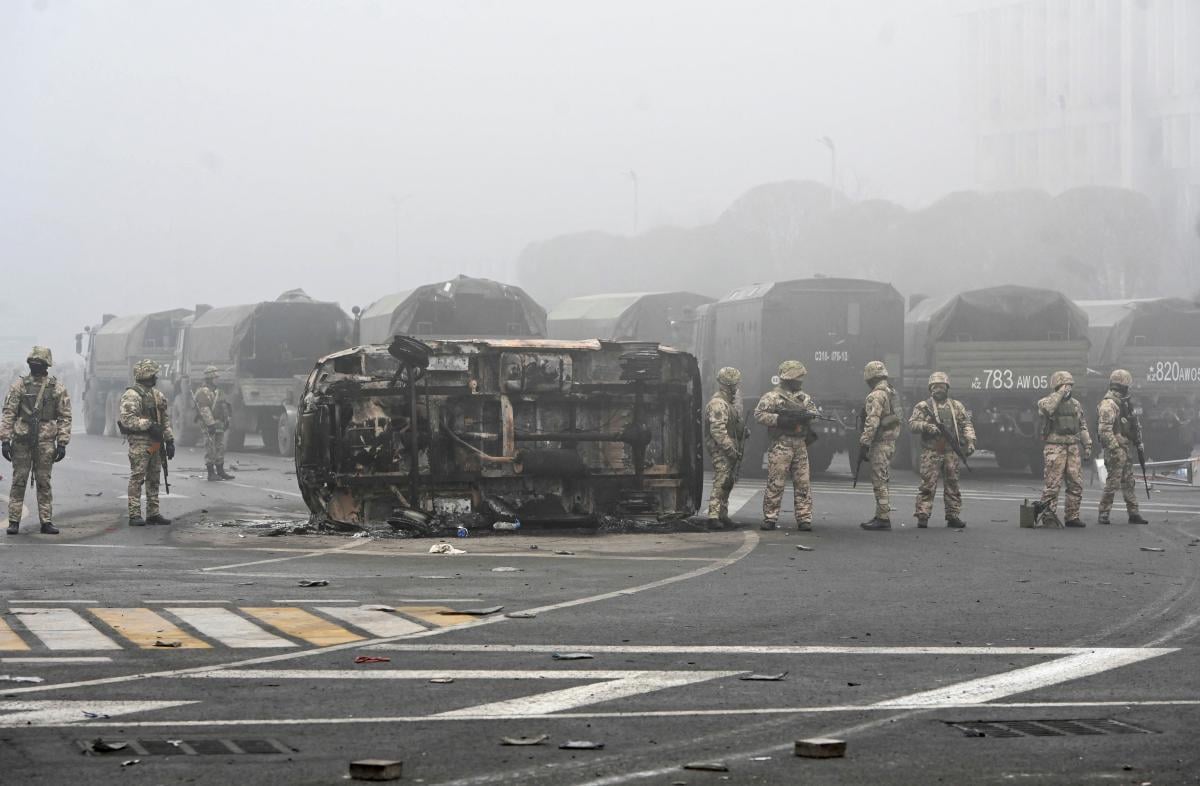 Belarusian peacekeepers of the CSTO forces arrived in Kazakhstan on five planes.

Shots and rather loud explosions are heard on Gogol Street between Nauryzbai Batyr Street and Dostyk Avenue in Almaty. It is reported by the local newspaper Vlast .

READ ALSOThe capital of Kazakhstan was cordoned off with checkpoints: entry and exit from the city was restricted

In Almaty, from time to time, shots are heard in the following parts of the city: Golden Square, New Square, Kamenka, Tastak microdistrict, Momyshuly street (between Tole bi and Ryskulov streets).

Mobile Internet in most regions of Kazakhstan is still disabled.

A criminal investigation has begun against the participants in the mass protests.

Criminal cases were initiated on the facts of organizing and participating in “mass riots”, as well as “acts of terrorism.”

At the moment, an interdepartmental investigative and operational group has been created, which includes representatives of the Ministry of Internal Affairs, the National Security Committee and other law enforcement agencies of the country.

The sanctions of the articles provide from eight years in prison to life imprisonment with deprivation of citizenship.

Protests in Kazakhstan: what is known

The President of Kazakhstan asked the  heads of state of the Collective Security Treaty Organization (CSTO) for help . The troops of the Russian Federation, Armenia, Belarus, Kyrgyzstan and Tajikistan are sent to Kazakhstan  for a limited period of time to “stabilize and normalize the situation.”