In Almaty, the TV channel’s film crew came under fire: there is a deceased

The journalist shattered several fingers, he was hospitalized. 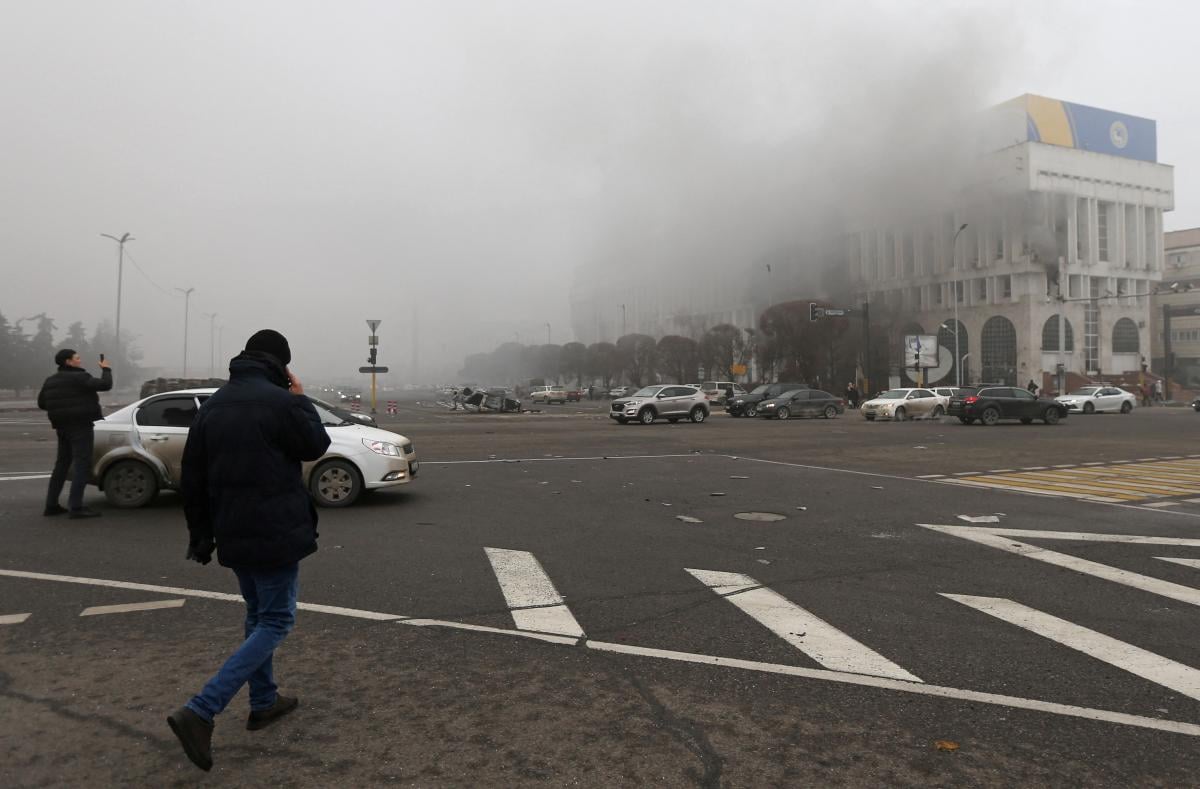 A film crew came under fire in Almaty / illustration REUTERS

An employee of the TV channel was killed in Almaty .

This is reported by the Orda Telegram channel .

It is noted that the shooting group of the “Almaty” TV channel in the area of ​​the president’s residence came under fire.

“The driver of the car was killed. The journalist shattered several fingers, he was hospitalized,” the message says.

According to eyewitnesses, the sound of shots continued to be recorded from the side of the presidential residence even after the Ministry of Internal Affairs stated that the situation in the center of Almaty was stable.

Protests in Kazakhstan: what is known

The President of Kazakhstan asked the  heads of state of the Collective Security Treaty Organization (CSTO) for help . The troops of the Russian Federation, Armenia, Belarus, Kyrgyzstan and Tajikistan are sent to Kazakhstan  for a limited period of time to “stabilize and normalize the situation.”

The Ukrainian Foreign Ministry advises Ukrainians to refrain from visiting Kazakhstan because of the protests .