The list of demands of the protesters to the authorities is constantly expanding. 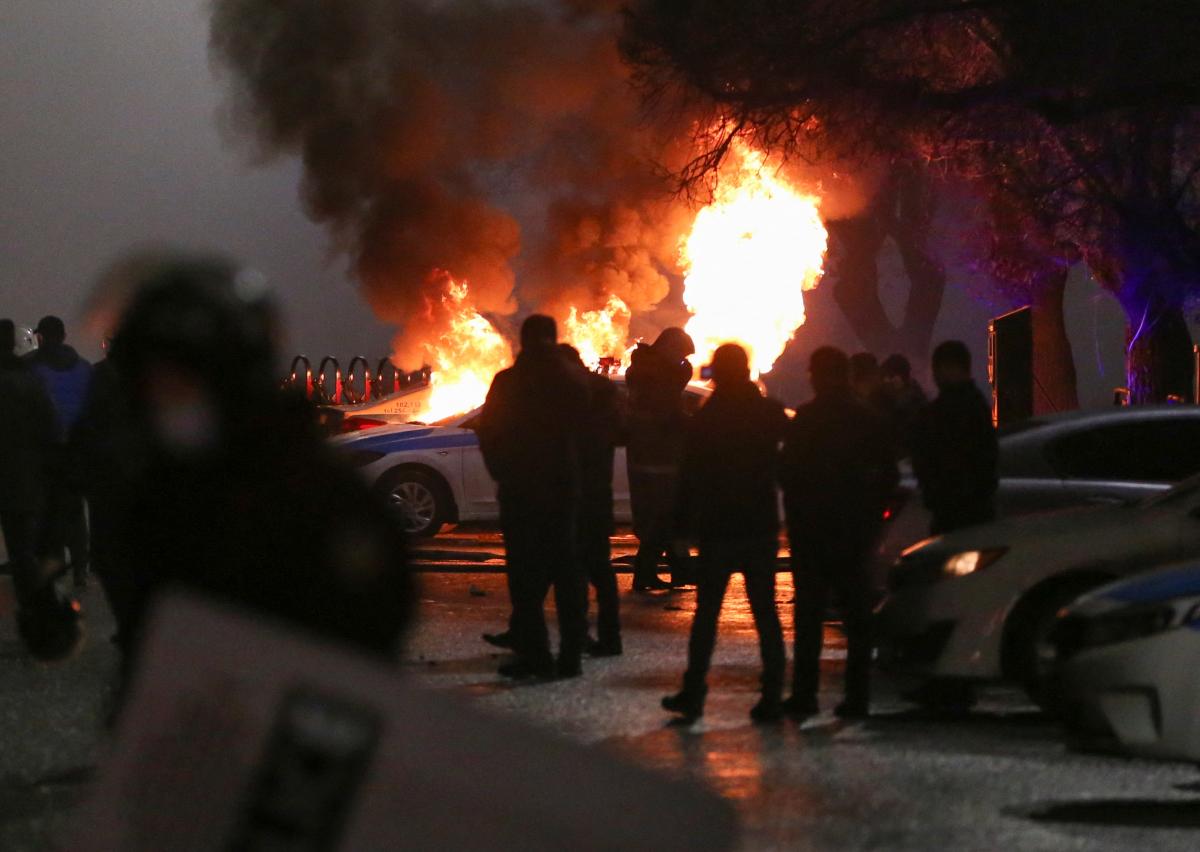 The network published the demands of the protesters of Kazakhstan, including the resignation of the president, government and parliament, secession from the CIS, the EAEU and other alliances with Russia, as well as condemnation of the military aggression against Ukraine and the annexation of Crimea.

The list of requirements was published by the KushTau Telegram channel on-line .

The promulgated list of demands includes the immediate release of all political prisoners, the creation of an interim government from “participants in the resistance in Kazakhstan” and the holding of “free elections”:

“The main condition for political reforms is a strict adherence to the values ​​of democracy and respect for human rights, the recognition of the years of Soviet rule as a crime against the peoples of the post-Soviet empire, condemnation of military aggression against Ukraine and the annexation of Crimea, secession from the CIS, the EAEU and other alliances with the Russian Federation.”

According to the local public petropavlovsk_city on Instagram , the list of protesters’ demands on the authorities is constantly expanding. 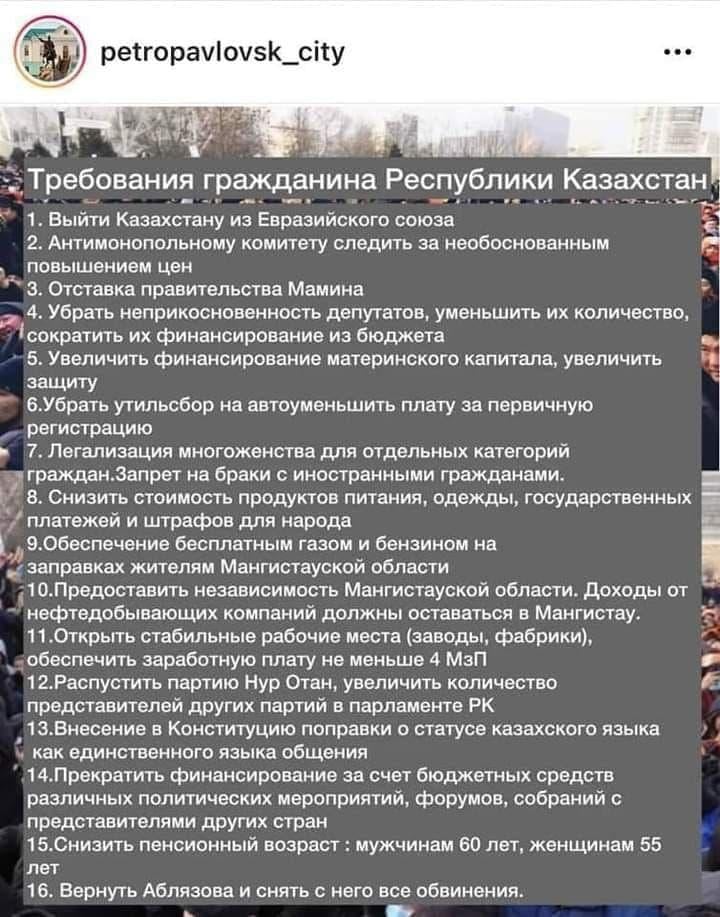 Demands of the protesters of Kazakhstan / screenshot

Among other things, the protesters demand to deprive the deputies of immunity and reduce their funding from the budget, lower prices for food, clothing and utilities, lower the retirement age, and grant the independence of the Mangistau region.

Let us remind you that protests have been taking place in Kazakhstan for several days. People  took to the streets of cities due to the rise in gas prices . Citizens demanded the resignation of the president and the government and spoke out against corruption.

Against the background of “gas” protests in Kazakhstan, the country’s president, Kasim-Zhomart  Tokayev, accepted the resignation of the government . He decided to transfer the interim duties of prime minister to Alikhan Askhanovich Smailov.