The citizens of Kazakhstan are outraged by the corruption in the government and the rise in gas prices; the security forces are trying to disperse the protesters. 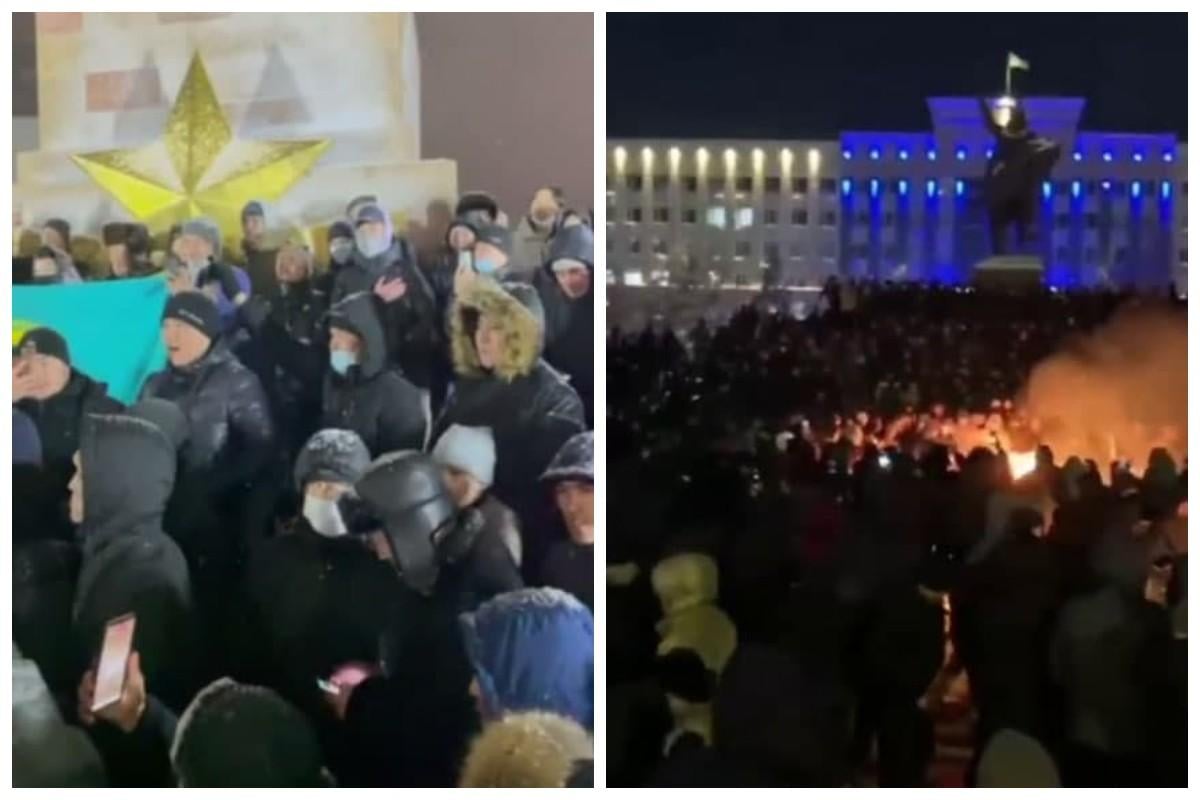 People block the roads, security forces try to stop the protesters / screenshots from the video

Mass protests are taking place in Kazakhstan over the rise in gas prices. People went to rallies in many cities, including the capital of the country. Citizens demand the resignation of the government and shout: “go away, old man.”

This was reported in the Telegram channel  NEXTA.Live .

Protests are taking place in Zhanaozen, Kuryk, Akshukur and other settlements. The largest is in Aktau, where the shift workers came on foot from the Kalamkas field. Residents of Kazakhstan are outraged by the corruption in the government.

Citizens believe that Nursultan Nazarbayev put in his place a person under his control (Kassym-Zhomart Tokayev). According to the residents of the country, the ex-president continues to influence political life.

“In Atyrau, there are clashes between protesters and security officials. Citizens are not afraid to fight back.https://www.unian.net/player/LRSKeD9tProtests in Kazakhstan

People are blocking the roads, the security forces are trying to stop the protesters, fights break out. It is already known that the citizens of Kazakhstan are demanding that the president be held accountable. Tokayev reacted, tomorrow, January 5, he will hold a meeting on the socio-economic situation in the country.

However, this did not stop the protests. People demand the resignation of the president and do not disperse.

After that, it became known that, against the background of all the protests in the country, opposition sites began to be blocked. According to the Telegram channel, internet interruptions began in some cities.

In the capital of Kazakhstan, as in many other cities, the protesters shout “go away, old man.” By the evening, the situation only worsened. The security forces are more actively using force against the protesters, and the number of protesters is growing.