“F*cking execute her!” Torture, forced labor, one bottle of water a day: how a Ukrainian woman hostage survived the prisons of Russia-occupied Donbas 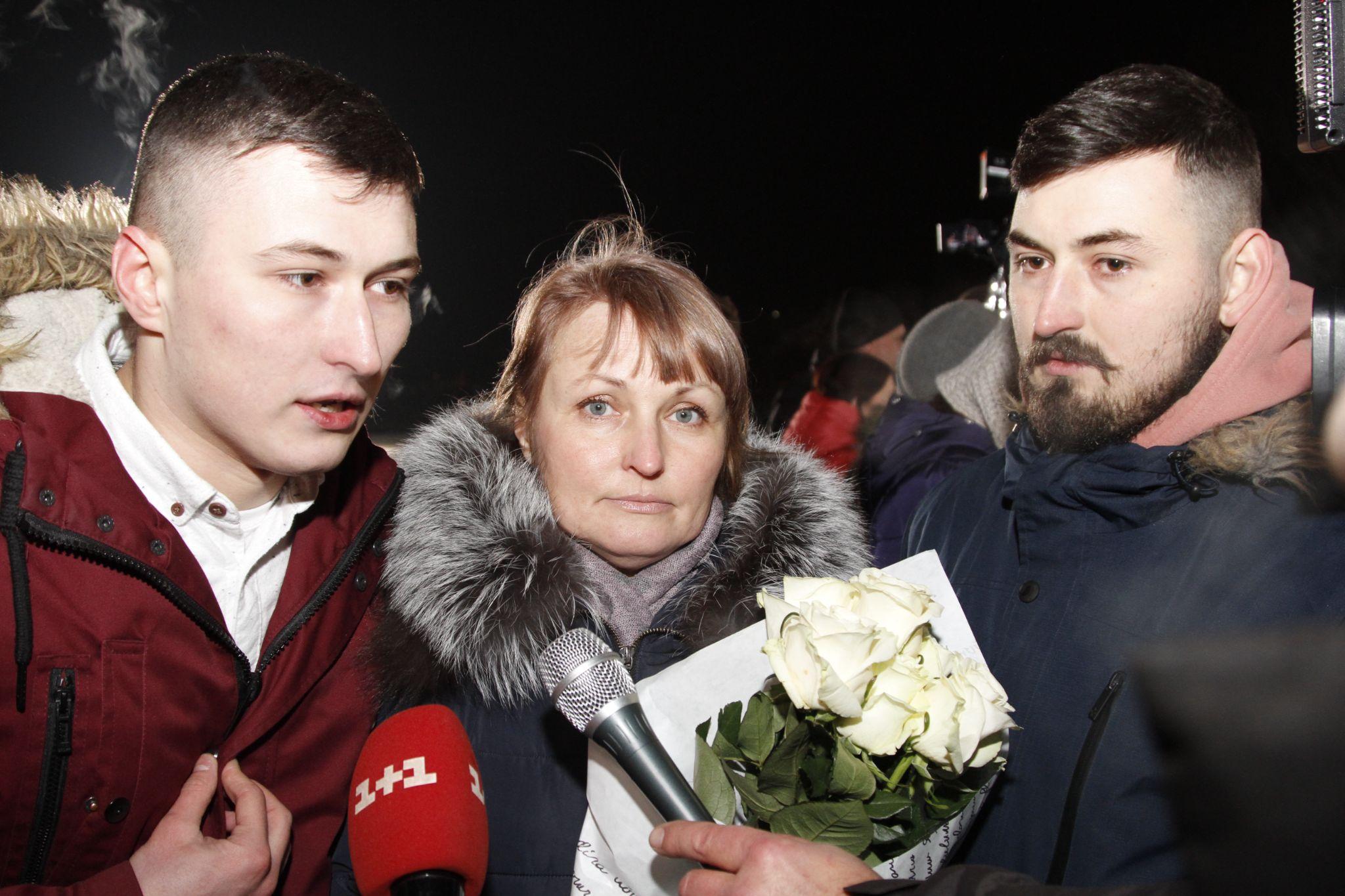 Editor’s NoteMaryna Chuikova, a 50 years-old Ukrainian nurse, spent over a year in the illegal prisons of the “Donetsk People’s Republic,” having been sentenced to 11 years of jail after a 20-minute trial on made-up accusations. Today, Maryna shares details about her captivity. During this time, she was tortured into self-incrimination, threatened to be shot, and forced into labor. Ms. Chuikova was kept in a tiny stinky room with no water, toilet, contact with the outer world. In prison, she had to face inmates who had committed grave crimes and eat food cooked by prisoners infected with HIV or hepatitis.

We know of the story of the Ukrainian woman hostage story owing to the work of the Ukrainian NGO Media Initiative for Human Rights. They interviewed 12 women, former hostages that were released in 2017-2019, and five family members of present-day hostages. Their cases are featured in the report “Women’s Face of Donbas Hostages.”

As many as 296 people are held hostage in Russia-occupied Donbas, including 30 women, according to official data as of August 2021. During the whole period of the Russian-Ukrainian conflict, 3,360 people, including 276 women, have gone through captivity by illegal paramilitary groups.

On 19 March 2018, Maryna Chuikova was detained at the Maiorsk checkpoint when going from the occupation zone to Ukraine-controlled territory. The woman planned to visit her two sons and 80-year-old mother.

Accused of espionage, Maryna Chuikova was publicly denigrated. The woman shared that right after her detention, she was handcuffed and taken on the streets, where she had been represented as a “traitor” and a “spy for foreign intelligence” in front of a crowd.

I was taken to interrogation, where I was denigrated, abused, and forced to sign some documents. When I did not want to talk about or failed to remember something, I was taken to another room, where there were people who shouted [at me], pressured mentally, degraded, could hit [me]. On purpose, they showed me an unknown man who was beaten up on my watch and said they would do the same to me. Then I signed everything they asked me to. In reality, they prepared all my ‘confessions’ beforehand. They were just printed out and given to me for signature.

Drawing from the graphic novel “The Hole” by Donetsk painter Serhiy Zakharov, showing his experience in the “basement prisons” of Donetsk

Periodically, [they] put a bag over my head, I could see only the legs of those present and hear conversations among the unknown persons. ‘Execute her,’ a man in expensive shoes said. ‘Are you sure?’ asked another one. ‘F*cking execute!’ the first man said. Then I was taken somewhere. No words can describe what I went through at those moments. At first [I] cried, then calmed myself down, ‘Well, [they] will shoot, [you] will bear the pain for five minutes, and that’s it.’ For some time, no one came to me, which meant I had another day of life.”

30 days in a basement stinking of terror and adrenalin

According to the report, these interrogations with the employment of threats and use of force are aimed at obtaining self-incriminating confessions. Beatings are one of the means of physical influence exerted over hostages. Former women hostages claim that they were beaten up with legs and hands, rubber or metal sticks, and a butt of a rifle. According to these women, this led to some detainees receiving a disability or dying.

Drawing from the graphic novel “The Hole” by Donetsk painter Serhiy Zakharov, showing his experience in the “basement prisons” of Donetsknull

Maryna Chuikova recalls what she witnessed in prison, including the experiences of inmates of Izolyatsia, a de-facto concentration camp in the middle of occupied Donetsk:

“All women that arrived in a detention center from Izolyatsia had signs of physical harassment. Once, they threw one young woman in our cell… She had shattered teeth, much swollen legs, kidney failure, a concussion, bruises, a broken nose. It is scary even to imagine what physical abuse she had to go through.”

Hanna Serheyeva, a Ukrainian woman who spent six days in captivity, was constantly beaten by Russian proxies; a knife was stuck into her knee; her fingers were broken and injured. Photo: Zoya Shu

After the interrogation and before imprisonment, the Ukrainian woman hostage spent 30 days in a basement of Russia’s Ministry of State Security in occupied Donbas. She shares:null

“In a cell of the MGB’s [Russia’s Ministry of State Security] basement on 26 Shevchenko Avenue, I was not beaten but the conditions were difficult.

I did not know what time it was. The room was tiny, 2.5 meters, dirty and freezing. There was nowhere to take drinking water. There was no toilet nearby, they took [me] out [to the toilet] twice a day. [They] could punish and not take [me] away at all.

Once, I found a plastic cup in the toilet and took it. And I, an adult woman, under video surveillance, was using this cup as a toilet, there was no other way out. There were planks instead of a bed, an Ukrzaliznytsia  mattress on top of them. Bottles with urine and blood left from the detainee that had stayed in the cell before me stood near. An awful stench! I did not undress at all, I wore socks, pants, jacket, and a hat. The walls stank, too. Soon I realized it was the smell of terror and adrenalin.”

According to all hostages interviewed, they had no access to legal aid during detention. Lawyers employed by their relatives were prohibited from the case. Often, a few weeks following the arrest, the women saw state lawyers. As the hostages state, these lawyers failed to provide them with any assistance.

Maryna Chuikova commented on her lawyer:

“That was Lastovetskyi Vitalii Viacheslavovych. When I found out there would be a lawyer, I was happy, I hoped that I would be acquitted […] A ‘detective’ who I was taken to on that day started reading my case, there was a video recording. And suddenly I heard someone snoring – my ‘lawyer’ fall asleep. I touched him on the leg saying, ‘You came to save me, you should stand up for me.’ And he replied, ‘Your article means no one is going to defend you.’ It was nearly impossible to refuse such a lawyer.”

Ms. Chuikova was never involved in investigative action in her case. Once, she was called out to some place. There, Liudmyla Stratiichuk, a woman wearing casual clothes yet calling herself a judge, notified Maryna Chuikova that the hearing would take place in a formal swift regime without compliance with rules and laws. In a one-day, more precisely, twenty-minute court hearing, with no right for the last word, the Ukrainian woman hostage was sentenced to 11 years’ imprisonment.

In prison #127 of Snizhne city, Donetsk Oblast, Ms. Chuikova faced pressure, since she stayed there with women who had committed serious crimes, such as murder or drug trafficking. The report states that the prison administration purposefully turned these women against hostages, like Maryna Chuikova, imprisoned with no evidence and on political grounds. According to Ms. Chuikova, the prisoners who committed crimes would not allow the hostages to sit down, sleep, walk around the cell or eat at the same table. They could take away women’s food and personal items, make them clean toilets or wash away blood after tortures.

Ms. Chuikova remembers she was afraid to eat food served in prison:

“The thing is, prisoners who had not only terrible criminal articles but different diseases such as HIV and hepatitis worked in the kitchen. Also, a table for women who had tuberculosis stood near ours. Although they ate separately, their dishes were collected and washed with ours.”

As for water, the woman was allowed to collect one bottle of water per day, both for drinking and brushing her teeth. She could take a shower only once a week.

In prison, Ms. Chuikova worked in manufacturing clothes. She used the money she earned to call her family.

“We worked for a month to speak for five minutes with our children. The connection was terrible. From a rotary phone. Before that, I had not heard my children for a year and a half.”

Later, the Ukrainian woman hostage was allowed to have a two-hour private conversation with her husband through the glass wall. In the meeting, Maryna shared details about her treatment by cellmates and prison staff. As it turned out later, the dialogue was not private. Ms. Chuikova and her husband were recorded on video and audio. That resulted in the woman being warned by the chief staff of the prison.

The prison staff imposed numerous limitations on hostages. To be more specific, the Ukrainian woman hostage was prohibited from corresponding with her family and the International Committee of the Red Cross. The only address where a letter could be sent is to Daria Morozova, the so-called Ombudsman of DNR, the Russian-controlled self-proclaimed Donetsk People’s Republic.

Yet, Maryna Chuikova received no replies from Ms. Morozova.

In captivity, the woman was forced to work 12 hours per day.

“The colony chief Alla Kraievska established a clothing production and received large orders. We made bed linen and specialized clothing from 7 am to 7 pm, six days a week,” she recalls.

Regarding the hostages’ state of health, many women claimed that they had obtained health problems right after their detention. For example, some started suffering from vascular diseases or bleedings as a result of stress during interrogations. And some got diseases of the gastrointestinal tract and teeth because of the poor diet and water quality. All women received either no medical examination or mere painkillers.

As for Maryna Chuikova, she suffered from a gynecological illness and needed regular medical checkups and treatment. Since this was not provided in the prison, the woman suffered from bleedings.

“I had to hide these pills, buried them under the tree during a stroll, but they were found.”

Later, the doctor came to see the woman, confirmed that she was in need of the hormonal pills. After that, Ms. Chuikova was allowed to take drugs sent by her relatives.

Maryna Chuikova was released on 29 December 2019 as a part of the hostage exchange process between Ukraine and Russia.