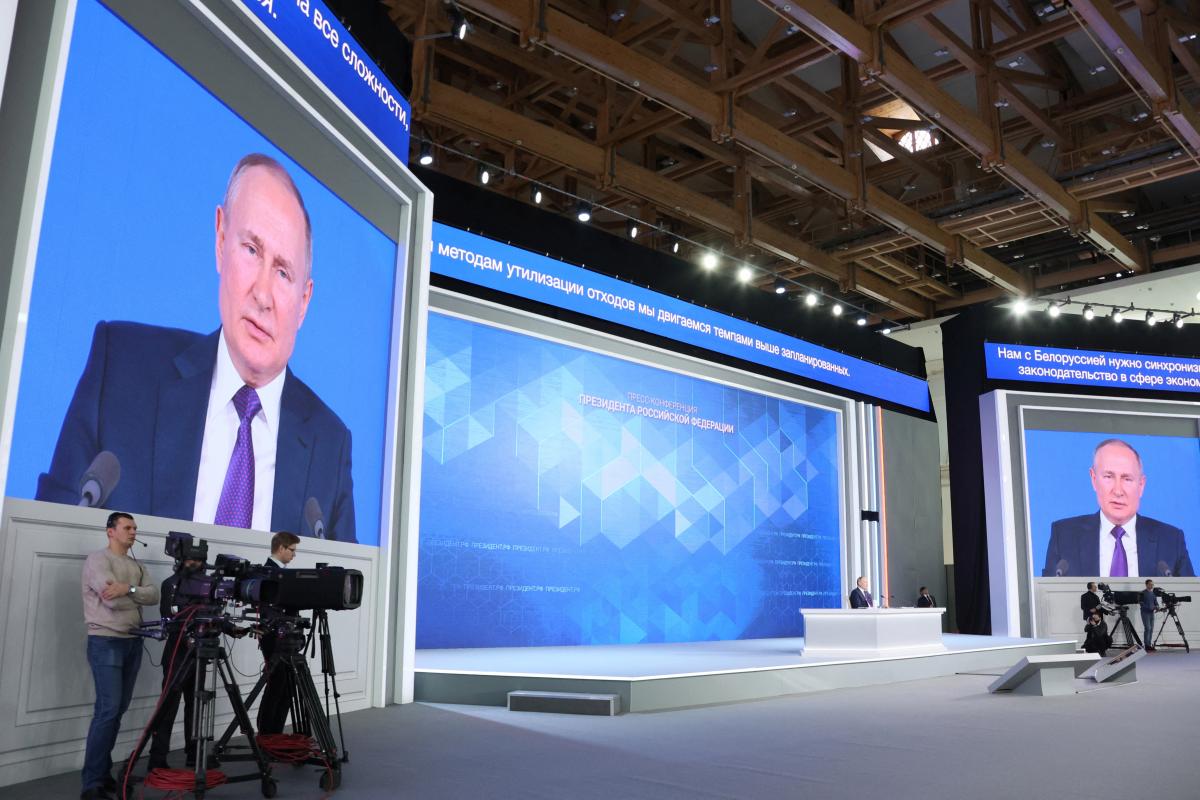 Vladimir Putin aggravates the situation with regard to Ukraine for a specific purpose, says Andriy Zagorodnyuk / photo REUTERS

Russian President Vladimir Putin is escalating the situation with regard to Ukraine so that Western countries, primarily the United States, at the highest level decide not to replenish NATO with Ukrainian territory.

The Ukrainian state is facing a very tense period, and it may not even last a year, said the former head of the Ministry of Defense, Chairman of the Board of the Center for Defense Strategies Andriy Zagorodnyuk in an interview with Radio Liberty .

According to him, Ukraine faces a difficult time for two reasons.

“… First: Putin does not abandon his goal – to prevent the development of Ukraine as a successful European democracy, which is a member of the EU and NATO, that is, a Western country. Secondly, he is now ready to take virtually any steps, except for those which, in fact, will ruin Russia itself, “the ex-official said.

The expert emphasized that the Russian leader decided on a very strong escalation of the situation, and this causes concern.

“… The goal is to make sure that, first of all, the United States, and, in principle, the Western countries, adopt the state policy at the highest level regarding the non-expansion of NATO into the territory of Ukraine,” the interlocutor said.

Let us remind you that at the beginning of December Vladimir Putin announced that he wanted to receive guarantees from the West that Ukraine would not join NATO .

Alliance Secretary General Jens Stoltenberg noted that the Russian side does not have the right to veto Ukraine’s membership in NATO.

In the spring of 2014, Russia seized the Ukrainian Crimea and began to undermine the situation in part of the east of our country. On a part of Donbass, the Russian Federation supported the militants who created the self-proclaimed “DPR” and “LPR”. Russian troops also broke into part of the Donbass.

The Russian authorities do not admit that they have entered the invasion of Ukraine and call the war in Donbass an “internal Ukrainian conflict.” The Russian Federation claims that their country is only a mediator in the “settlement” of the conflict.

From the end of October 2021, publications began to appear in the Western media about an increase in the number of Russian troops and equipment near the borders of Ukraine. These maneuvers have caused serious concern in US and European government circles.

On November 21, the head of the Main Intelligence Directorate of the Ministry of Defense of Ukraine, Kirill Budanov, said that Russia had concentrated 92 thousand troops near the border with Ukraine and was preparing to invade early next year .

The Russian authorities deny accusations of plotting an attack on Ukraine and point to the intensification of NATO forces near the Russian borders.

A number of Western countries have threatened Russia with serious sanctions in the event of a new invasion of Ukrainian territory.