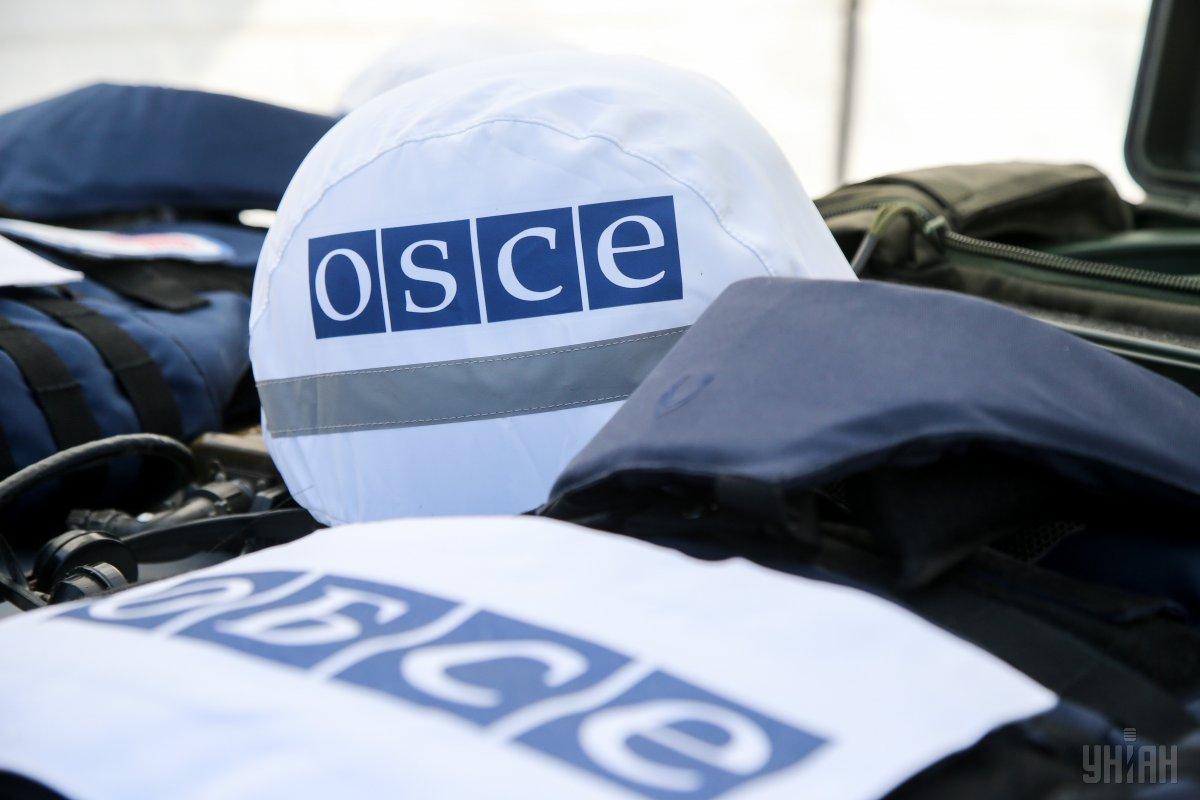 The special monitoring mission of the Organization for Security and Cooperation in Europe (OSCE SMM) recorded convoys of Russian trucks with the words “Humanitarian Aid” and several pieces of military equipment on the territory of Donbass not controlled by Ukraine .

As stated in the OSCE SMM report, the observers recorded a convoy of seven trucks with Russian license plates and the words “humanitarian aid” in Russian near the town of Makeyevka, Deutsche Welle reports .

Russian trucks were escorted by three cars and an ambulance, all of them with so-called “DPR” signs. The observers later recorded that this convoy entered the territory of a warehouse near Donetsk, where cardboard boxes were unloaded from trucks.

A column of three trucks with Russian license plates and similar plates about “humanitarian aid” was also spotted by the observers on the outskirts of the city of Luhansk. This convoy was accompanied by two cars and an ambulance, all with signs of the so-called “LPR”.

In addition, the OSCE SMM observers on December 21-22 recorded the deployment of six units of military equipment in the temporarily occupied territory. At the training ground near the village of Aleksandrovskoye in the Donetsk region, the observers saw four tanks of an unidentified type. The observers noticed two more armored combat vehicles near the village of Bogdanovka in the Luhansk region.

The headquarters of the Joint Forces Operation (JF) declares that this is “military equipment of the armed formations of the Russian Federation, which is deployed in violation of the Minsk agreements.” Thus, tanks near Aleksandrovskoye are located outside the designated storage areas for weapons, and armored vehicles in the Luhansk region are located in the security zone, the Ukrainian side said in a statement.

From the end of October, publications began to appear in Western media about an increase in the number of Russian troops and equipment near the borders of Ukraine. These maneuvers have caused serious concern in US and European government circles.

On November 21, the head of the Main Intelligence Directorate of the Ministry of Defense, Kirill Budanov, said that Russia had concentrated 92 thousand troops near the border with Ukraine and was preparing to invade in late January – early February 2022.

On December 8, US National Security Adviser Jake Sullivan said the United States was ready to provide Ukraine with additional military assistance in the event of an escalation from Russia .

On December 22, NSDC Secretary Alexei Danilov said that 122 thousand Russian troops are located at the borders of Ukraine at a distance of 200 km, and at a distance of 400 km – 143.5 thousand.

At the same time, the United States and the EU have threatened the Russian Federation with serious sanctions in the event of a new invasion of Ukraine .