Kolomoisky left behind ruins in the United States

Oligarch Igor Kolomoisky is under fire from criticism in the United States. Now it is not only the FBI that is investigating his schemes to withdraw Privatbank’s money from Ukraine to America and buy business real estate on it.

His way of doing business interested the US Environmental Protection Agency. At the same time, Kolomoisky actively encouraged American politicians to turn a blind eye to their peculiarities of doing business. 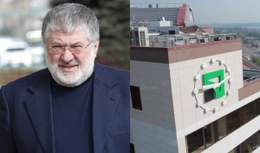 A large-scale study of Kolomoisky in the United States was prepared by investigative journalists from the American publication Pittsburgh Post-Gazette . In an article entitled “Dirty Dollars – a test of deception and ruin.”

Who are Moti Korf and Uri Leiber

As the FBI has already established, Kolomoisky and his partner Gennady Bogolyubov have been withdrawing money from Ukraine for decades and buying both office real estate and factories in the United States. To do this, they used the services of two Americans with post-Soviet roots – say Moti Korf and Uri Leiber.

Who are Motya Korf and Uri Leiber? It was Corfu and Leiber’s American citizenship that enabled the United States to investigate Kolomoisky’s activities in America.Pay attention! As of November 2021, three lawsuits have been filed for civil confiscation of property in Texas, Kentucky and Ohio, where Kolomoisky and his associates had metallurgical plants.

But now local journalists have found out how Kolomoisky did business in the United States. In fact, he left behind ruins and huge problems – both environmental and in the field of protection of workers’ rights.

After the oligarch bought the plants, American regulators and politicians “looked the other way” at best. And in some cases, they actively conspired to expose American workers to toxins and other dangerous working conditions.

One such metallurgical plant is Felman Production. His oligarch and partners bought out $ 20 million in bankruptcy. According to the Pittsburgh newspaper, the arc furnace spewed smoke and dust that gushed around, covering the roofs with a layer of dirt.

Workers at Kolomoisky’s plants, some of which are now in ruins, said that due to a lack of investment in modernization, smoke and dust from the furnaces filled the plant from leaky exhaust ducts, leaving 5 to 10 centimeters of dust on the surfaces.

“We couldn’t see at a distance of 3 meters, the dust was so bad,” said a former employee of the company, named Richmond, who left the company in 2013. He said he presented a plan to repair the filtration at the plant, but the owners were reluctant to invest at the time.

Two homeowners who live near the facility said they could not remove the brown stains from the walls of their homes. It was only years later that the US Environmental Protection Agency intervened to impose severe restrictions on the operation of Kolomoisky’s plants. 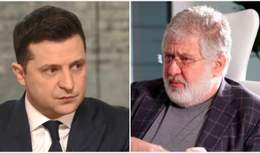 But then lobbyists at the West Virginia plant appealed to members of Congress to block inspections by the regulator. Both Senators Joe Manchin and Shelley Moore Capito joined other lawmakers in a letter to the agency in 2015.

Some US politicians “defended” the oligarch

Politicians have complained that Kolomoisky’s plants in West Virginia and Ohio may be closed. Why? Because the requirements to install expensive equipment and pass tests in accordance with the law will hit the owners and they will no longer be able to finance businesses.

The oligarch’s factories enlisted the help of elected politicians and spent hundreds of thousands of dollars on Washington to fend off regulators and continue to work as usual, polluting the environment.

Letters in support of Kolomoisky’s business were sent not only from Senators Manchin and Capito, but also from influential members of the Supreme Chamber Sherrod Brown (vice chairman of the Senate Support Group) and Rob Portman (co-founder and co-chair of the Ukrainian Senate Support Group). Prior to that, Portman was in the lower house, since 1993.

After the attack by politicians, the US regulator eventually abandoned part of its plan to implement a new pollution detection system at the plant. In 2017, Ohio Attorney General Mike DeWine joined the case, writing to then-Vice President Mike Pence, Senate Majority Leader Mitch McConnell and House Speaker Paul Ryan. 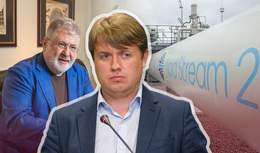 He asked for the abolition of environmental control in the oligarch’s factories. At the same time, they covered up possible unemployment if Kolomoisky was forced to adhere to American environmental standards.

Therefore, it is to the topic of corruption – it exists not only in Ukraine but also in America – just covered with the beautiful word “lobbying”. American politicians froze when asked about letters in favor of Kolomoisky and his business. Yes, Senator Manchin, an influential Democrat, did not answer a question from a Post-Gazette reporter outside the Senate chamber. 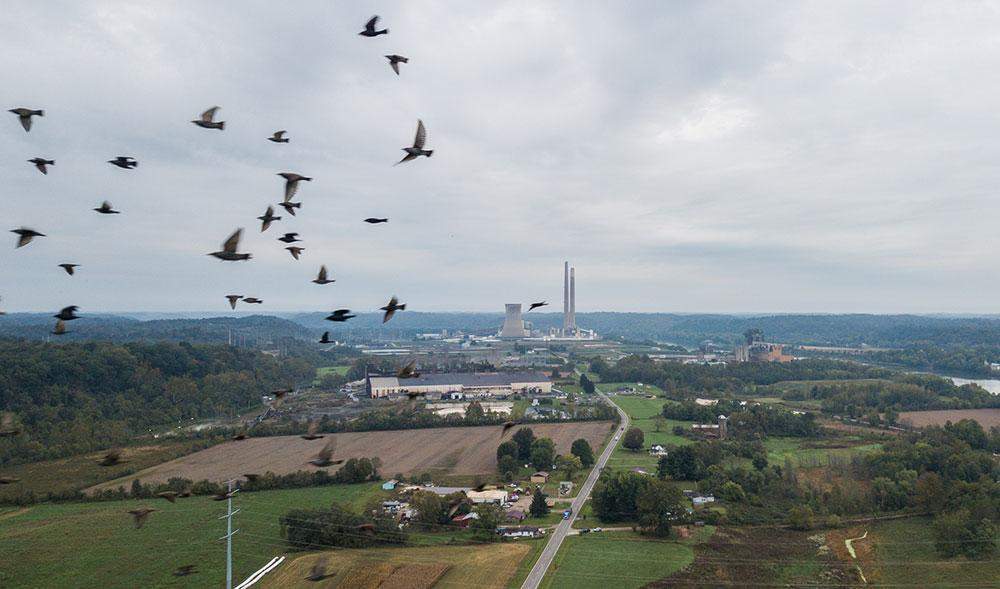 His office did not respond to written questions, but said: “Senator Manchin has always fought to protect jobs in West Virginia and worked to protect well-paid jobs in the constituency.”

Another politician, Senator Capito, told the Pittsburgh newspaper that she was unaware of any disputes over the plant, despite reports of Kolomoisky, his steel plants and an FBI investigation into his ownership. Republican Sen. Portman declined to comment.

In all, the plant spent hundreds of thousands of dollars on Washington lobbyists to defend its arguments in Congress and other organizations. In 4 years, the factory has spent at least 335 thousand dollars on lobbying firms.

The Ukrainian oligarch received these plants after Privatbank issued fictitious loans to oligarch-controlled companies, and the money continued to flow through a maze of bank accounts.

As soon as the funds arrived in the United States, they were invested in real estate – metallurgical plants, 2 office parks in Dallas, a large manufacturing center in Illinois and 4 office skyscrapers in Cleveland, where in 2020 the FBI conducted large-scale searches. 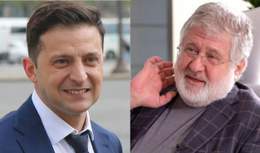 In total, at least $ 750 million has been transferred to Ukraine from the United States in less than 10 years, all through Deutsche Bank. The bank has paid millions in fines to US regulators for failing to comply with anti-money laundering requirements.

It is unknown at this time what he will do after leaving the post. The government is trying to confiscate the property Kolomoisky bought. There are no public reports on whether the oligarch has been charged. But it can be classified and come into force when the oligarch crosses the border. That is why Kolomoisky does not leave the borders of Ukraine

Meanwhile, the head of “Privatbank” Alexander Dubilet settled in Israel, whose citizenship he acquired. He recently gave his first interview in many years to Ukrainian Forbes.

He said that law enforcement officers came to him. I quote: “I answered the questions of the local police in the case of 2018 or 2019 about the non-supply of coal or electricity. Although I have no idea what the case is and what the company is.” 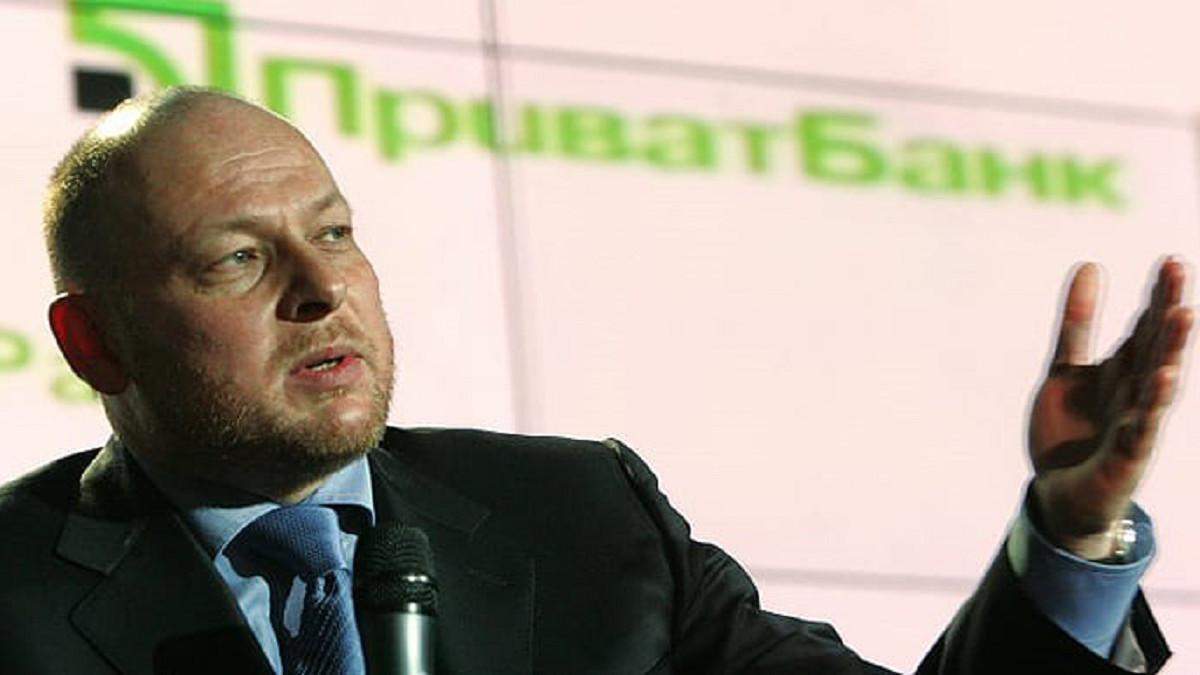 Dubilet is hiding in Israel / Photo by Ukrainska Pravda

There is talk of a case for the supply of coal to the state-owned Centerenergo, when Kolomoisky’s managers were there. “I rarely talk to Igor Valerievich,” Dubilet said, although he is rumored to live in Kolomoisky’s sister’s house in Israel.

It is already obvious that Kolomoisky is almost trapped, and his own prediction has come true: “Life is a supermarket, take what you want, but there is a cash register ahead.”