NATO Secretary General states that only Ukraine and 30 member countries will decide when Ukraine will join the Alliance. 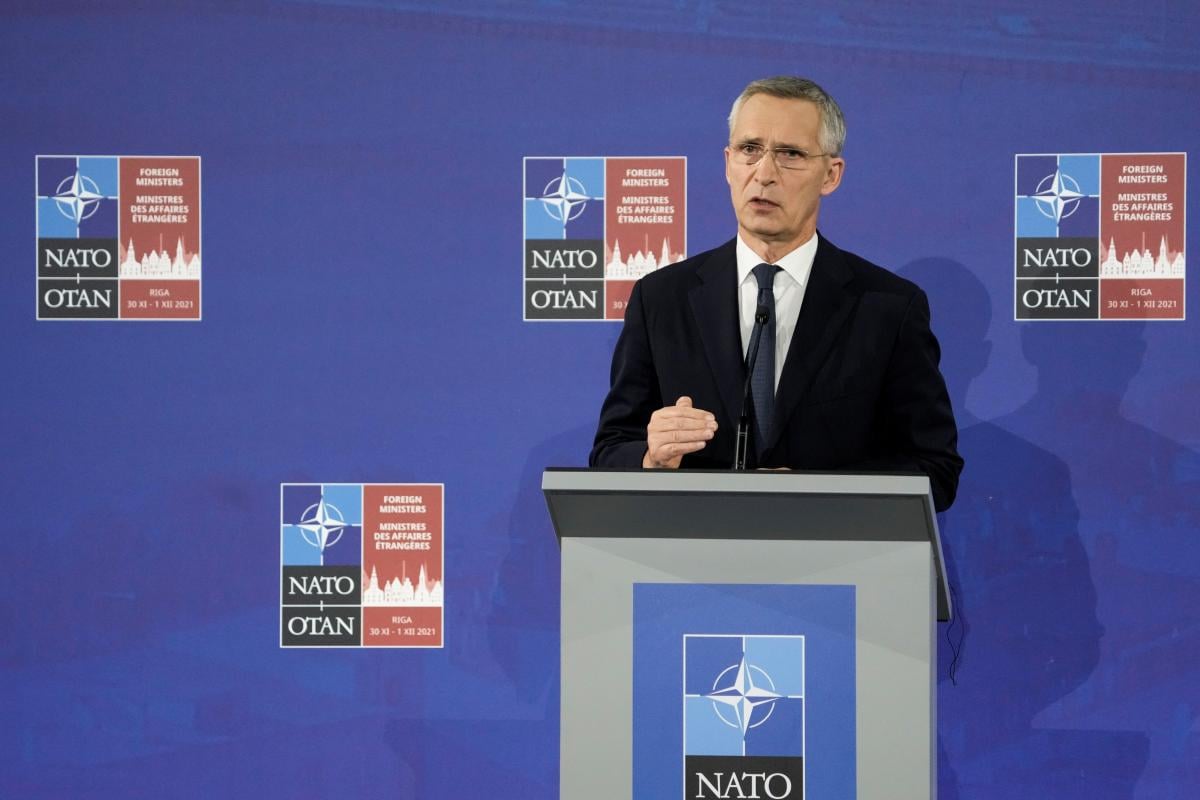 Stoltenberg: a statement such as “Russia has spheres of influence” is unacceptable / photo REUTERS

Russia has no veto power and no sphere of influence to control Ukraine’s decision to join the Alliance.

As a UNIAN correspondent reports, NATO Secretary General Jens Stoltenberg said this today in Riga at a press conference following a two-day meeting of the Foreign Ministers of the Alliance member states.

In particular, he was asked whether Ukraine’s NATO membership would be a signal for de-escalation.

Stoltenberg said that a statement such as “Russia has spheres of influence” is unacceptable.

According to him, Russia “is trying to revive a certain acceptability of what has the right to control what the neighbors do or do not do.”

“And this is the world to which we do not want to return, when the great powers have a voice and a kind of right to set limits on what sovereign independent states can do,” Stoltenberg stressed.

He recalled that he represents a small country Norway, which borders on Russia.

“And I am very glad that our NATO member states never agreed that Russia supposedly has the right to establish spheres of influence in the north, trying to decide for Norway, as a small and independent country, what it can and cannot do. to the same extent for Ukraine.Ukraine is an independent and sovereign state that has internationally recognized borders guaranteed by Russia and all other countries, and these internationally recognized borders must be respected.And, of course, this applies to Crimea as a part of Ukraine, and Donbass as parts of Ukraine “, – emphasized Stoltenberg.

“Therefore, this idea that NATO support for a sovereign state is a provocation is wrong. It is a respect for the sovereignty of the will of the Ukrainian people. I think it speaks more about Russia, not NATO. NATO is a defense alliance. NATO is not for anyone. is a threat, but NATO respects the decision of countries such as the Baltic states, Poland when they decide to join, but also respects the decision of Ukraine, which seeks NATO membership. We have stated that it will become a member, but of course it depends on us, from 30 NATO member states, to decide when Ukraine is ready to join, when it meets standards. We help it on its way to membership in the issue of reforms and support, in the fight against corruption and strengthening defense and security institutions ” Stoltenberg said.

In this regard, he states that only Ukraine and 30 member countries will decide when Ukraine will join the Alliance.

“Russia has no veto, no vote and no right to establish its sphere of influence in order to try to control its neighbors,” Stoltenberg stressed.

As UNIAN reported earlier, today, on December 1, the President of the Russian Federation Vladimir Putin announced that he wants to receive guarantees from the West that Ukraine will not join the North Atlantic Treaty Organization (NATO).

In a communiqué following the previous Alliance summit in Brussels on June 14, 2021, it was noted that Ukraine will become a NATO member through the implementation of the Membership Action Plan.

US President Joe Biden said that Russia’s occupation of part of Ukrainian territories does not affect NATO membership, but Ukraine must cleanse itself of corruption. He stressed that Ukraine must meet certain criteria in order to obtain the MAP.

Dmitry Kuleba called on NATO countries to provide Ukraine with a MAP in 2022.

NATO countries at the Madrid summit in 2022 will confirm the decision on Ukraine’s future membership.

Heading towards NATO in Ukrainian legislation

In September 2020, President Volodymyr Zelenskyy approved the National Security Strategy of Ukraine . It is based on three basic principles of state policy in the field of national security. Among other things, it is planned to develop strategic relations with key foreign partners, primarily with the European Union and NATO and their member states.

On August 26, Zelensky approved the state’s foreign policy strategy . The strategy defines the need for Ukraine to gain full membership in the European Union and the North Atlantic Treaty Organization.

Running total of donations to the Salvation Army Ukraine fund for displaced Ukrainians : $ 781 !!