Lukashenko claims that smuggled weapons from Ukraine were transferred to Belarus even earlier, after the presidential elections. 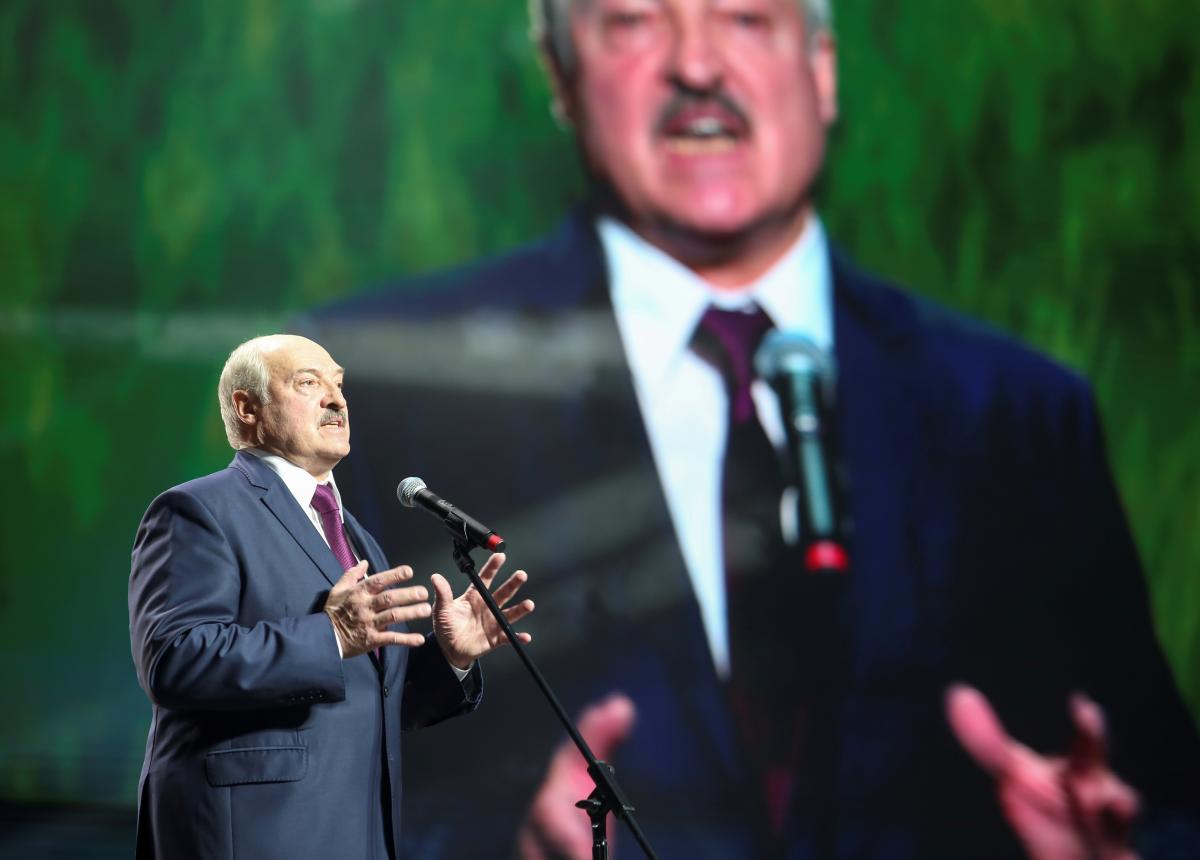 Self-proclaimed President of Belarus Alexander Lukashenko said that smuggled weapons were sent to refugees in Belarus from Ukraine.

BelTA informs that Lukashenka said this in an interview with Russian propagandist Dmitry Kiselev.

According to Lukashenka, the calculation was that the refugees would use weapons in response to the actions of the Polish security forces and this would initiate a conflict on the border. “And the KGB fellows: they discovered an attempt to transfer weapons there when they were just plotting, and we began to guard this camp,” the self-proclaimed president said. this camp is prevented from the penetration of weapons that come from the combat zone, from Ukraine, across the Ukrainian border there, into the territory of Belarus. “

Lukashenko claims that smuggled weapons from Ukraine were transferred to Belarus even earlier, after the presidential elections.

Also, he noted, the fact of arms traffic from Donbass across the Russian border to Belarus was recorded. “In two years, one case, everything else went across the Ukrainian border. And it began before the refugees,” he said.

Since the end of May Belarus has been promoting the illegal entry of migrants into the European Union through its territory. This is how Minsk reacted to the tightening of Western sanctions against Belarus. A particularly tense situation on the Polish-Belarusian border has been observed in recent weeks.

The EU called this step a “hybrid attack” on Belarus. In particular, Lithuania and Latvia, as well as Poland and Estonia accused the Belarusian authorities of using illegal migrants as a weapon in a hybrid war against the EU. They called on the UN to take action against the Belarusian leadership in order to encourage foreigners to illegally cross the borders of the European Union.

To prevent an influx of probably illegal migrants, the Baltic states have significantly strengthened the security of their borders. In particular, Lithuania has begun construction of a fence on the border with Belarus. Also, for the first time in the history of the country after the restoration of independence, Lithuania introduced a state of emergency on a part of the territory due to the critical situation with migrants on the border with Belarus.

Meanwhile, Poland has increased the combat readiness of its territorial defense troops on the border with Belarus. The Polish government accuses Lukashenka of organizing the delivery of refugees from crisis regions to the external border of the European Union. Germany launched an investigation into Alexander Lukashenko due to the influx of illegal immigrants.

The European Union accuses the Belarusian ruler of allowing the import of migrants from crisis regions to Belarus, and then trying to smuggle them to Poland, Lithuania and Latvia. Therefore, the European Union is preparing the fifth package of sanctions against the regime of Alexander Lukashenko because of his use of migrants as a tool against the countries of the bloc.