NYT: US warns Europe to prepare for imminent Russian attack on Ukraine

Several possible scenarios for the development of events were named in Washington. 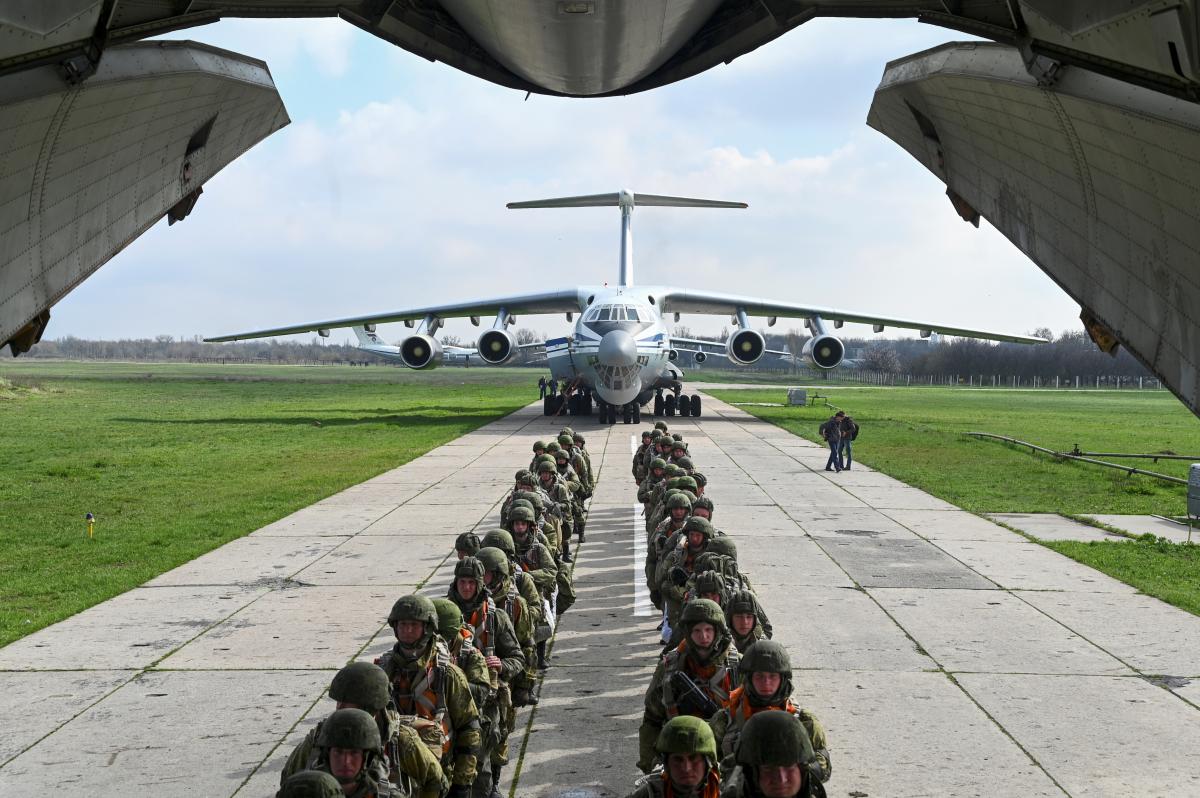 Russia is still determining what to do with the troops concentrated near Ukraine / Photo: REUTERS

US intelligence officials are warning European partners that there is little time left to thwart Russia’s intentions of a  full-scale invasion of  Ukraine.

The New York Times writes about this  with reference to American and European officials.

In this way, the United States is pushing European countries to cooperate to develop a sanctions package to contain the Kremlin.

US officials said Russia does not yet know what to do with troops stationed near the border with Ukraine, but Washington is taking the military buildup seriously. And the US does not believe that this time, unlike the previous escalation in March, Moscow is not bluffing.

In particular, this week the director of US National Intelligence Avril Haynes visited Brussels to inform NATO ambassadors about the data of the US special services about the current situation and the possible invasion of the Russian Federation into Ukraine.

Haynes’ trip to Europe was long-planned and covered many issues, but according to informed people, among the issues approved by the parties discussed the threat of escalation in Eastern Europe and growing concern about the Kremlin’s actions.

The US and Britain are convinced that Putin hopes to gain control of much of Ukraine or destabilize the country in order to establish pro-Russian rule there.

US intelligence officials said Putin was disappointed with the peace process launched by France and Germany in 2014 after the annexation of Crimea and the seizure of parts of Donbass.

Some former officials say Putin may be intent on securing land routes between eastern Ukraine and Crimea. American analysts believe that the Russian president will take action in the coming months.

As UNIAN wrote, the chairman of the US Senate Foreign Relations Committee Bob Menendez made an amendment that provides for a package of sanctions against senior officials of Russia, the Nord Stream 2 gas pipeline, large financial institutions, etc. in case of a full-scale invasion of Ukraine.

As UNIAN reported earlier, the Washington Post, referring to the statements of its anonymous sources, wrote that recently Russia has resumed its military build-up on the border with Ukraine. In addition, videos began to appear on social networks with echelons of military equipment, in particular tanks and missiles, which are being transported to the southern and western regions of Russia. The USA and Europe drew attention to this after the completion of the Russian-Belarusian military exercises “West-2021”.

According to Michael Kofman, director of the Russian studies program at the non-profit analytical organization CNA, satellite images show that the forces of the 41st combined-arms army of Russia, which is based in Novosibirsk, did not return to the deployment site after the exercises, but joined up with other Russian troops near the border with Ukraine.

Satellite images confirm that the personnel and equipment of the 1st Guards Tank Army, which is based near Moscow, were also transferred towards Ukraine.

The Ministry of Defense of Ukraine denied the information spread by The Washington Post  about the buildup of military forces by Russia near the Ukrainian border. The data published in the media on the movement of Russian troops in the Ministry of Defense is called “an element of special information and psychological actions, which in fact are planned measures within the framework of the movement of troops after the completion of the exercise.”

Later, Politico published  fresh satellite photos , which confirm reports that Russia is again concentrating troops and military equipment on the border with Ukraine.

On November 2, the Ministry of Defense of Ukraine announced that Russia had concentrated a group of troops of about 90 thousand people near the borders of Ukraine  and in the occupied territories of Crimea and Donbass. It is noted that the Ministry of Defense is closely monitoring the situation that has developed near the state border of Ukraine with the Russian Federation and in the temporarily occupied territories of Crimea, Donetsk and Luhansk regions. Thus, the facts provided by the intelligence agencies of Ukraine are confirmed during the exchange of information with our partners on the situation around Ukraine.

Recall that in March of this year, the  Russian Federation significantly increased the number of its troops along the state border of Ukraine  and in the temporarily occupied territories, but in April it pulled them out. Then President Vladimir Zelensky said that the Russian Federation is trying to put pressure on Ukraine by building up troops on the border.