According to the ex-leader of the “Right Sector”, he could discuss this with Putin. 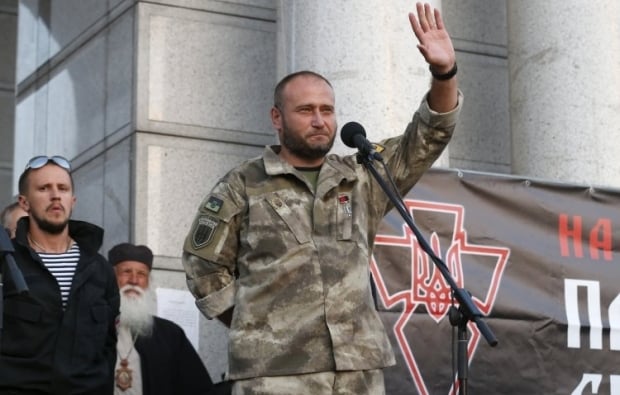 Yarosh says that Russia will definitely disintegrate / Photo from UNIAN

Russia will disintegrate in the future, this is not a distant prospect, says Dmitry Yarosh, an adviser to the commander-in-chief of the Armed Forces of Ukraine and ex-leader of the “Right Sector”, who recently suggested shooting at border violators .

In an interview with Alesa Batsman Yarosh said that he would talk about the disintegration of the Russian Federation with its President Vladimir Putin.

“It seems to me that this is a matter of one generation. For example, in 1989 I could not even imagine that in 1991 the Soviet Union would collapse. That is, all this could happen at any moment,” he says.

Putin, the ex-leader of the PS, believes, has done himself a “disservice” by launching an aggression against Ukraine. Yarosh called him a quasi-emperor.

“He laid the foundation for accelerating the collapse of the empire. And this is very important. In the end, everything will end with the Caucasus becoming some kind of Caucasian confederation, Tatarstan and Bashkortostan – Tatar confederation, and so on. That is, they will fly to pieces. We already see that China practically owns the Far East and Siberia, cuts out the taiga and takes it to itself … “, – he says.

According to Yarosh, the death of the president or the activity of Muslims can provoke the collapse of Russia.

“In the Russian Federation, the death of a tsar is always a shock and grief. Therefore, it can disintegrate in an instant … We see what kind of influence [the head of Chechnya Ramzan] Kadyrov has in the North Caucasus. The Muslim factor is growing in the world. This is a time bomb that can explode at any moment, and the empire will end, “he said.

Earlier, ex-Minister of Internal Affairs Arsen Avakov said that Ukraine should have a scenario in the event of Putin’s death .

Prior to that, the journalist Ivan Yakovina said that under the influence of the Minister of Defense of the Russian Federation Sergei Shoigu, Putin became attracted to shamanic rituals and periodically visits Siberia to participate in them.