Some of the migrants stayed in tents in the open air. 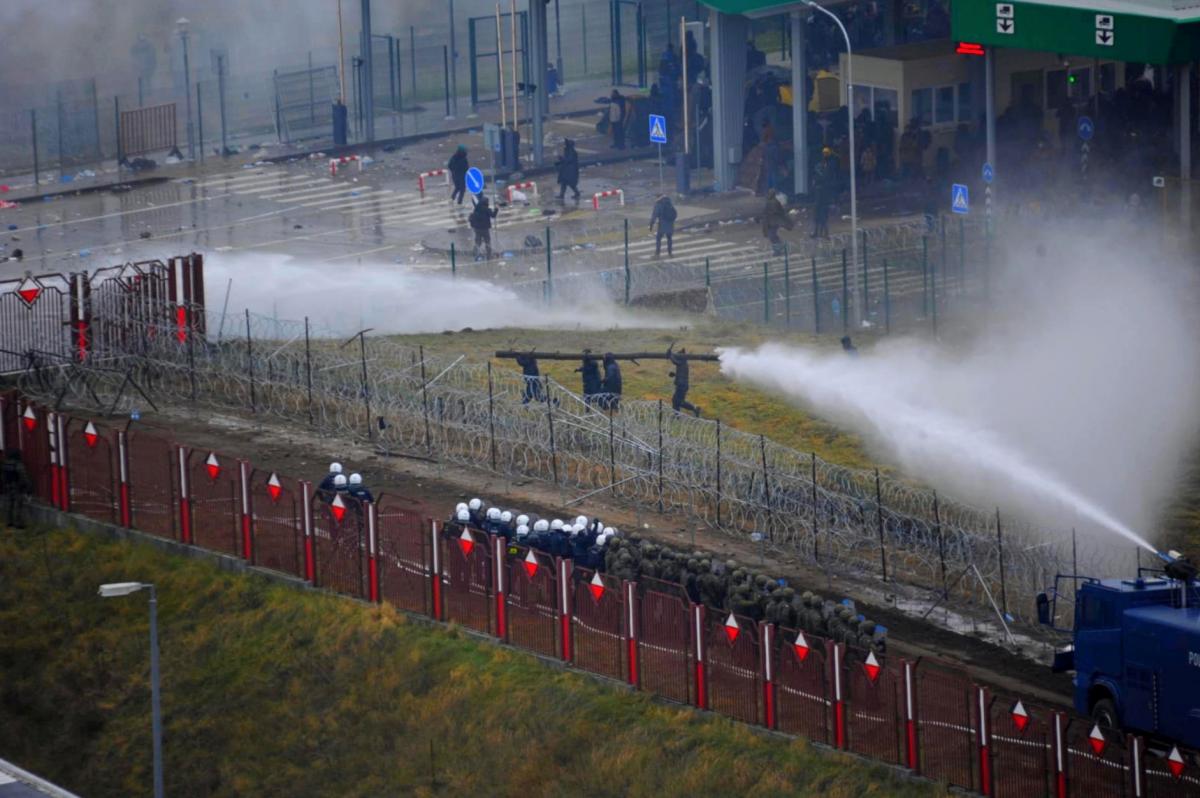 Belarus will place migrants in the logistics center / photo REUTERS

Alexander Lukashenko ordered to place illegal immigrants, who were watered with water cannons by the Polish military, in the logistics center at the Bruzgi checkpoint. Women and children were sent there first.

This was reported by the BelTA Telegram channel .

On November 16, hundreds of illegal immigrants made new attempts to break through the border into Poland. In turn, Polish law enforcement officers used water cannons. Illegals were pretty much watered, despite the fact that it was already cold enough. As a result, many were soaked to the skin.

Some of the refugees decided to leave the checkpoint. They were sent to a transport and logistics center near the border. There they organized a special area where people can dry off, warm up and sleep. First of all, women and children will be accommodated there.https://www.unian.net/player/fCQNV13aRefugees soaked and frozen were relocated to the Logistics Center at the border checkpoint

On November 10, the NSDC made a decision to  strengthen border protection  and prepare for scenarios that take place on the Belarusian-Polish border.