According to the Polish Border Guard Service, on Sunday the Belarusian special services are preparing a massive breakthrough of the Polish border, to which more and more armed security forces are arriving. 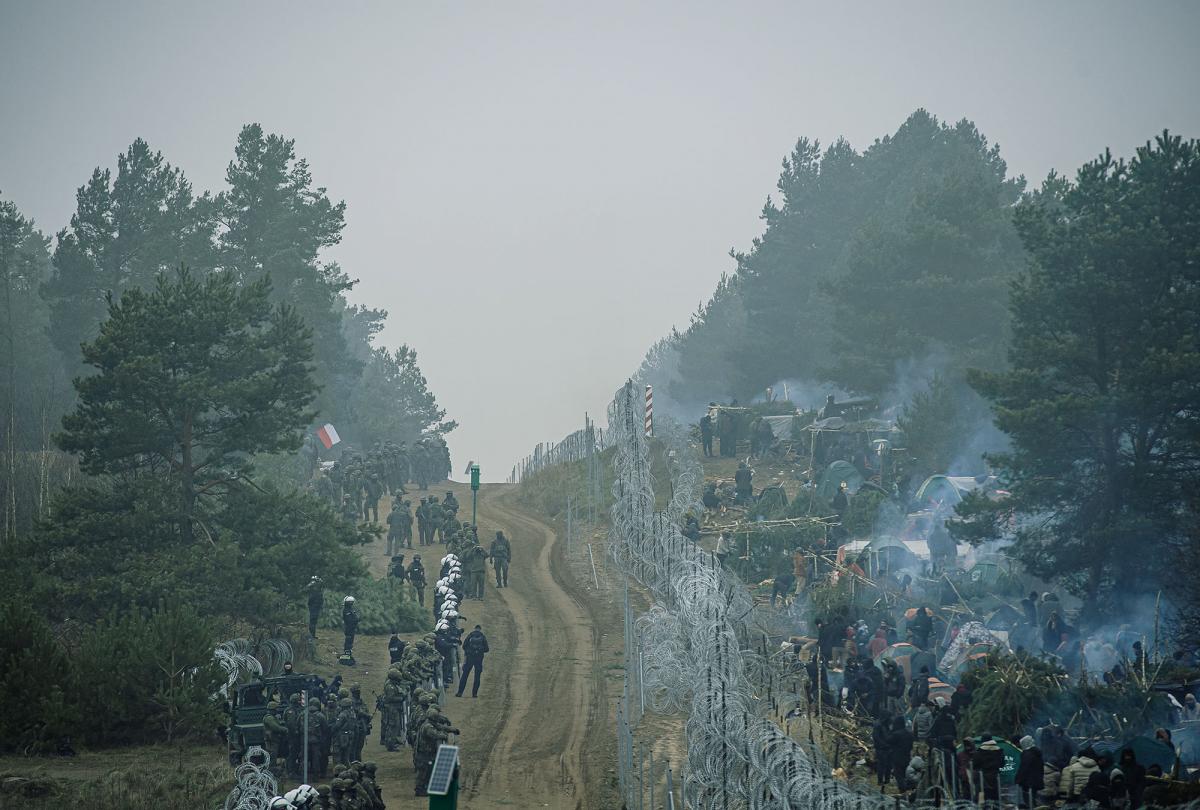 The Belarusian side is preparing today for a large-scale attempt to cross the Polish border .

This was announced on Sunday by the Polish Border Guard Service, Polish Radio reports .

It is noted that more and more groups of armed functionaries arrive in the area of ​​the camp in Kuznica, and migrants receive gas from the Belarusian services, among other things.

“After a“ quiet ”night in the vicinity of the camp in Kuznica, we now observe that more and more groups of armed functionaries of Belarusian services arrive at this place. We notice movement among migrants. There is also a TV broadcast van,” the Polish border guards said.

On the Belarusian side there is a TV broadcast van / photo twitter.com/StZaryn

It is also added that some tents have disappeared from the camp, and “foreigners receive instructions, equipment and gas” from the Belarusian services.

“It is evident that the Belarusian side is preparing today for a big attempt to cross the border. Our forces are ready to act,” the message says.

In turn, the speaker of the minister-coordinator of the special services Stanislav Zharin said on Twitter that “from the side of Belarus on the border with Poland, every second there are people who exacerbate the situation.” “This man fired into the air and then tried to damage the Polish border of the fence,” he wrote, adding a photo of a man in uniform. 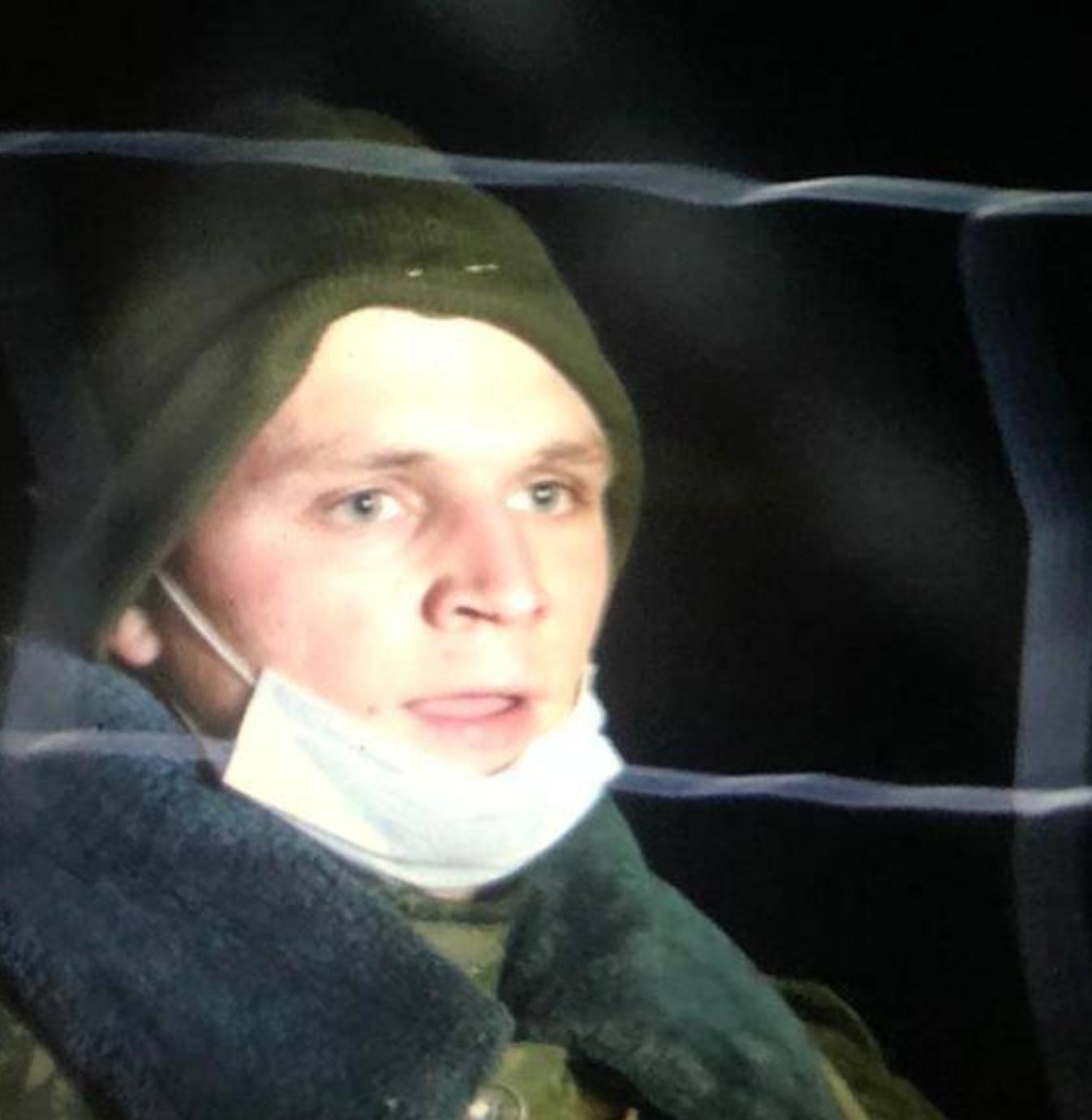 This man shot in the air and tried to damage the Polish border of the fence / photo twitter.com/StZaryn

Also on Sunday, the Ministry of National Defense informed that in the area of ​​the village of Shudzyalovo, Belarusian functionaries threw stones at Polish soldiers. No harm done.

Stanislav Zharin also reported on the transportation of building debris and stones from Belarusian construction plants to the border with Poland, which should be used against Polish officers and soldiers. 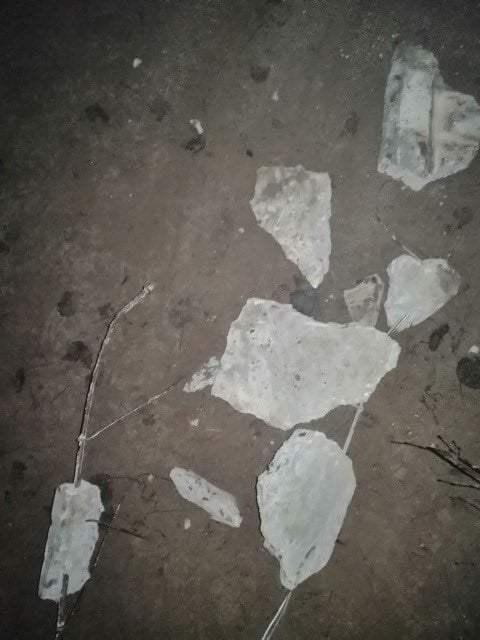 The Belarusian side is bringing building debris to the border with Poland / photo twitter.com/MON_GOV_PL

It is noted that since the beginning of the year, Polish border guards have registered more than 33 thousand attempts to illegally cross the Polish-Belarusian border, of which almost 17.3 thousand in October, almost 7.7 thousand in September and over 3.5 thousand in August.

Recall that by the middle of next year, a steel fence with barbed wire and electronic devices should be erected on the border with Belarus . A fence along the border with Belarus will be built on a 180 km section in the Podlaskie Voivodeship. The Bug River is a natural obstacle in the Lubelskie Voivodeship. The total fence will be 5.5 m. Motion sensors, as well as day and night cameras will be installed along the border.

Lithuania and Latvia, as well as Poland and Estonia accuse the Belarusian authorities of using illegal migrants as weapons in the so-called hybrid war against the EU. They called on the UN to take action against the Belarusian leadership in order to encourage foreigners to illegally cross the borders of the European Union.

Also, these countries have strengthened the protection of their borders, in particular, Lithuania has begun construction of a fence on the border with Belarus. Also, for the first time in the history of the country after the restoration of independence, Lithuania introduced a state of emergency on a part of the territory due to the critical situation with migrants on the border with Belarus.

Meanwhile, Poland has increased the combat readiness of its territorial defense troops on the border with Belarus. The Polish government accuses Lukashenka of organizing the delivery of refugees from crisis regions to the external border of the European Union.

Germany launched an investigation into Alexander Lukashenko due to the influx of illegal immigrants.

At the end of May, Lukashenko announced that his country would not interfere with the passage of migrants to the EU – this is how Minsk reacted to the tightening of sanctions by Western countries against Belarus.

The EU said it is ready to explore the possibility of introducing new sanctions in response to Lukashenka’s hybrid migration attack.