The Chief of the General Staff of the Armed Forces of Ukraine, Serhiy Shaptala, assured that the Ukrainian army is disciplined and controlled, therefore, positions are changed in accordance with orders and orders. 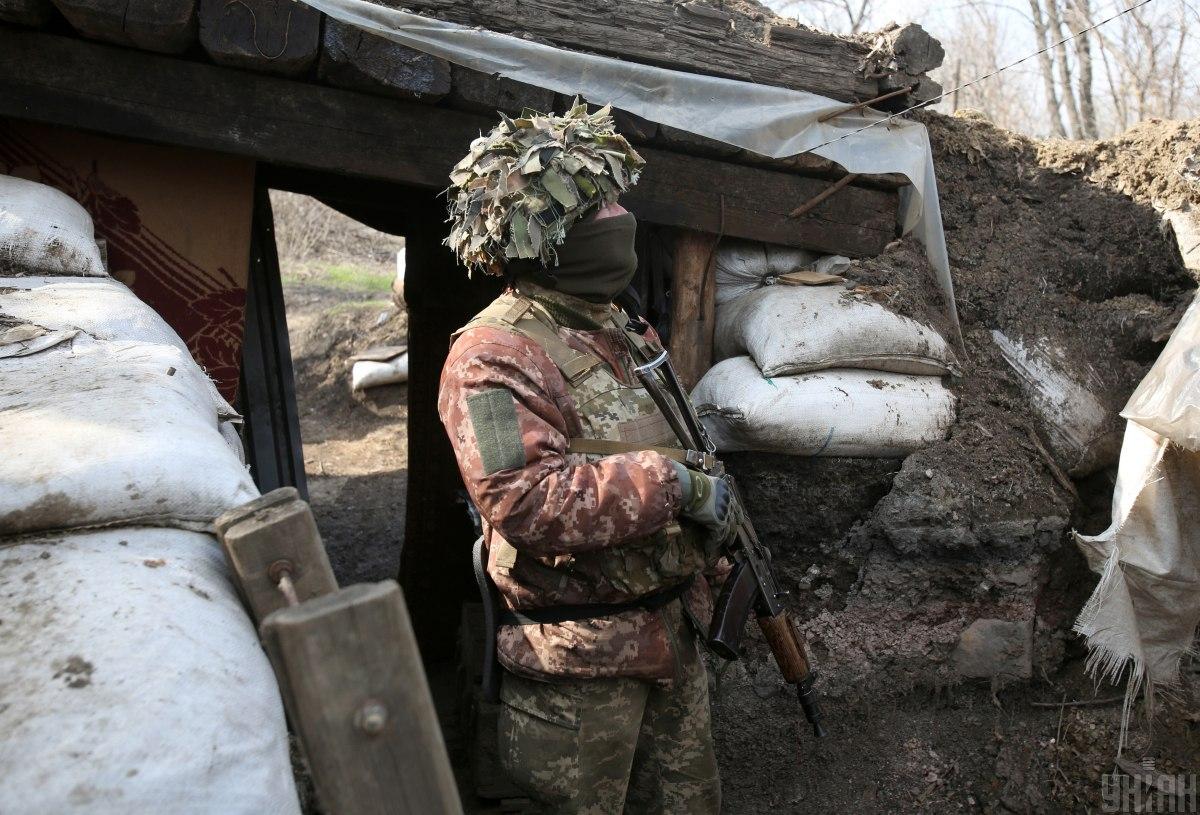 The Ukrainian military did not relocate to the village / photo from UNIAN, Anatoly Stepanov

Chief of the General Staff of the Armed Forces of Ukraine Serhiy Shaptala and Minister of Foreign Affairs of Ukraine Dmytro Kuleba reacted to the propaganda of the Russian Federation about the alleged capture of the village of Staromaryevka in the Donetsk region by the Ukrainian military.

Shaptala and Kuleba said this on the air of the “Right to Power” program on 1 + 1 TV channel.

Shaptala commented on the statements of Russian propagandists and invaders that the Ukrainian military allegedly seized the village of Staromaryevka, located not far from Granitnoye in the Donetsk region.

He said that in order to move at least ten meters forward in Donbass, an order must be received, on the basis of which the order will be adopted.

“No such documents were worked out. Nobody gave any orders,” Shaptala said.

He added that Ukrainian soldiers did not stay in the village of Staromaryevka.

“Our army is disciplined, our army is controlled. The soldiers could not, what they wanted, and go there themselves. Therefore, the soldiers were not there,” Shaptala emphasized and added that there was no movement or redeployment of the Ukrainian military to Staromaryevka.

In turn, the editor-in-chief of the “Censor.Net” publication Yuriy Butusov noted that the village of Staromaryevka is not a “gray zone”, but is a Ukrainian village where citizens of Ukraine live.

“The village of Staromaryevka is located near the Ukrainian positions. It is separated from the positions by the Kalmius river. But during the war years, in principle, there were never any enemy positions there,” Butusov said.

At the same time, the Foreign Minister was asked to comment on the claims of the Russian occupiers and propagandists that the Ukrainian military allegedly detained 37 Russian civilians in the village of Staromaryevka.

The Foreign Minister stressed that the key starting position from which any conversation with the Russian Federation should be started is that it was Russia that started the war in Donbass.

“Firstly, any such conversation with us begins with a reminder to the Russian Federation and those partners who are a little lost in reality that it all started with the fact that it was Russia and its soldiers who entered the territory of Ukraine, while Ukrainian soldiers are on their territory.” , – said Kuleba.

The minister said that the Russian embassy in Kiev does not deal with the issues of Ukrainian citizens to whom the Russian Federation forcibly issued Russian passports in the Donbass.

“There is no communication with the Embassy of the Russian Federation on this issue, because we understand that they do not play any role in this process,” the minister said.

At the same time, the Foreign Minister noted that in accordance with the Minsk agreements, there are no “gray zones”. https://1plus1.video/video/embed/oCb65oZR

As UNIAN reported earlier, on October 26, the command of the Joint Forces denied information about the alleged seizure of the interposition space near the village of Granitnoye .