In Ukraine, the channel for the transfer of “students” -Illegals to the EU was exposed (photo, video)

The cost of illegal transit of one “student” to the EU ranged from 13 to 15 thousand dollars. 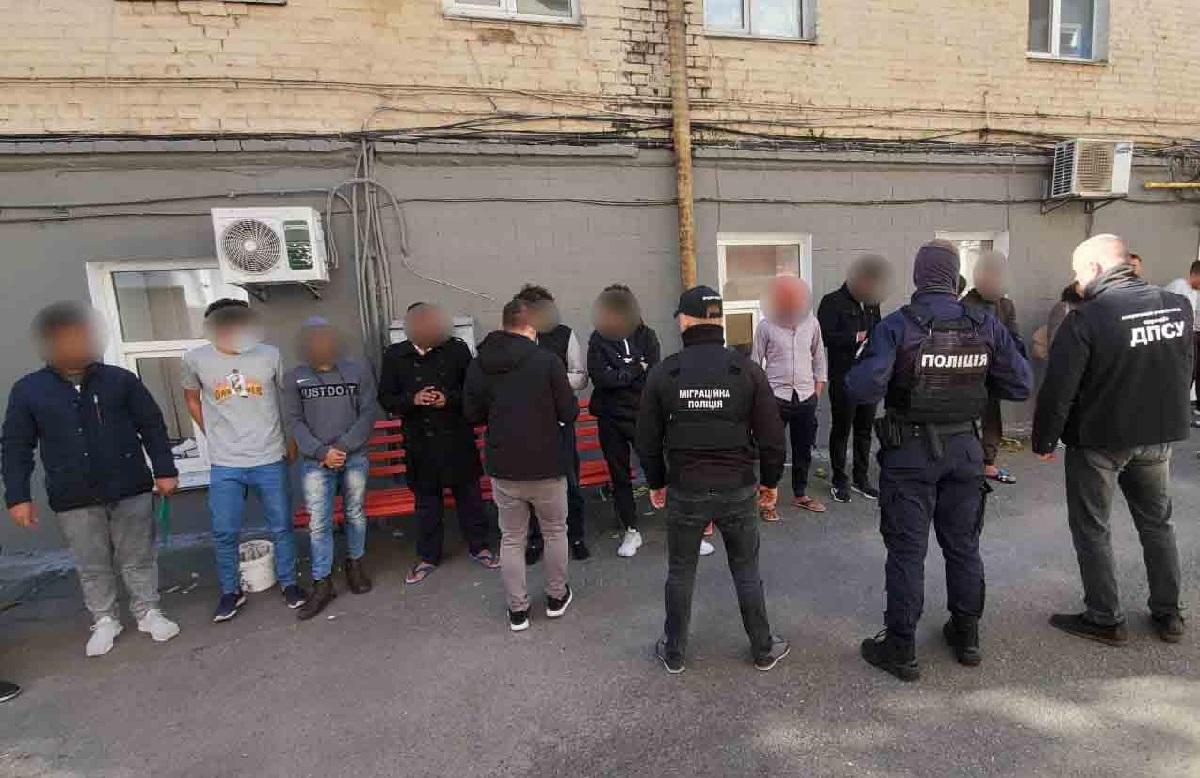 In Ukraine, exposed a large-scale scheme of “transporting illegal immigrants to the EU / photo npu.gov.ua

The police, together with the border guards, exposed a large-scale scheme of “transferring foreigners to Ukraine under the guise of training, followed by illegal transit to the countries of the European Union.

This was announced by the National Police of Ukraine on its official Facebook page.

“Police and border guards have exposed a large-scale scheme of” transferring foreigners to Ukraine under the guise of training, followed by illegal transit to the countries of the European Union, “the message says.

It is noted that in order to disguise a powerful channel of illegal migration, the attackers have created a network of intermediary firms for recruiting foreigners. In addition, the attackers used one of the private higher educational institutions to cover up their criminal activities.

“Thus, foreigners received an official invitation to study and legally arrived in the country. Subsequently, the attackers illegally smuggled them to the EU countries outside the checkpoints,” the message says.

According to law enforcement agencies, over a period of several months, about 40 “students” were detained while trying to transport them to EU countries. It has already been established that in two years the defendants sent about three thousand foreigners to Ukraine to “get an education.”

“Geography of the offer of services” study in Ukraine “with the possibility of further illegal entry into the countries of Western Europe covered more than 10 countries of the African continent, the Middle East and Southeast Asia. The cost of illegal transit of one” student “in the EU ranged from 13 to 15 thousand dollars. According to preliminary data, the “shadow” income from this “scheme” annually amounted to more than a million US dollars “, – said the acting director. Head of the Migration Police Department Igor Malakhov.

The special operation to arrest the intruders took place in several stages. In particular, law enforcement officers detained two members of a criminal group while trying to transport four groups of illegal migrants across the state border.

As UNIAN reported earlier, a Ukrainian was detained in the Podlaskie Voivodeship of Poland, who probably transported illegal migrants . During the pursuit, an accident occurred on the road in Belsk district, one person was injured.