The militants surrounded the hotel and forbade the observation mission workers to leave its territory. They acted according to a similar scenario as the day before in Donetsk. 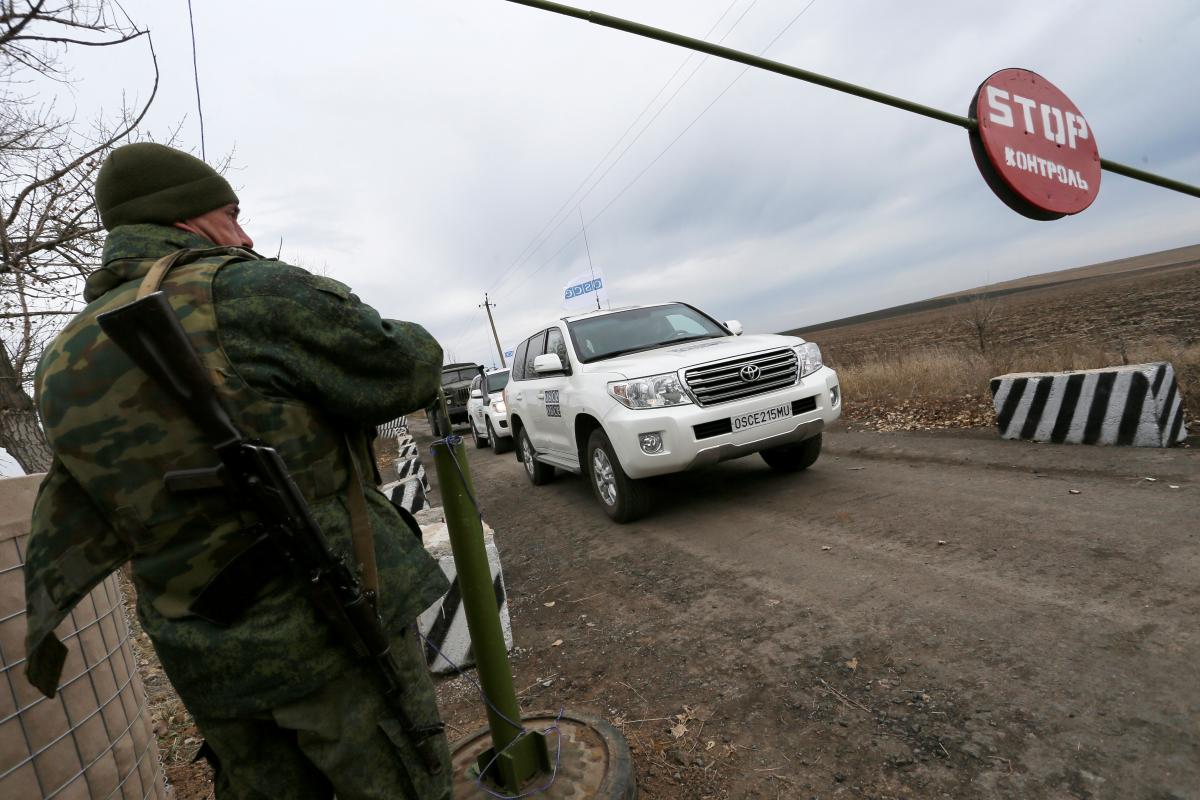 Militants have blocked observers from the Organization for Security and Cooperation in Europe at the forward patrol base in Horlivka. They surrounded the hotel and forbade them to leave. The militants acted according to a similar scenario as in Donetsk .

This is stated in the report of the OSCE SMM  for October 17.

On the evening of October 17, a patrol recorded that the car gates of the forward patrol base (FSP) in Horlivka were closed with a chain and a padlock, and a car with a blue “DPR” sign was parked at the gate, blocking the exit. Two armed militants were standing by the car, guarding the exit.

The owner of the hotel where the PPB is located told the mission staff that they would not be allowed to leave the hotel, referring to “orders” from the “mayor of Gorlovka”. He also said that all exits were blocked by members of the armed formations.

With the help of CCTV cameras, the OSCE officers saw that 3 tents were erected in front of the hotel, around which at least 4 people had gathered.

According to the same scenario, the work of OSCE observers was  blocked earlier in Donetsk .

The invaders demanded that the Organization for Security and Cooperation in Europe put pressure on the Ukrainian authorities to release the spy fighter detained on the territory controlled by the Ukrainian government, who was covered by the JCCC uniform. Until he lets go, they won’t even take part in the Minsk process. This was also voiced by two unknown persons who at 17 o’clock entered the hotel with the OSCE observers in Horlivka. They say that the observers will not be released until Ukraine releases Andrei Kosyak, who was detained near Zolote on October 13.

“This situation continued after the end of the reporting period (and is still ongoing). According to the observations of the SMM, the situation was calm,” the OSCE said.

The OSCE stresses that the TUB in Horlivka is the OSCE / SMM office, which is subject to the corresponding immunities and privileges.

“Restricting access to and from the office is considered a violation of such immunities and privileges, as well as the corresponding obligations by those who have actual control,” the message says.

Recall that the OSCE suspended the observation mission in Donbass  due to the protests of the occupiers in front of the hotel where the OSCE staff live. The observers are worried about their safety.