In Russia, the library bought a comic book for young people about the “feats” of Stalin (photo)

The publication was published by EXMO publishing house in 2021. 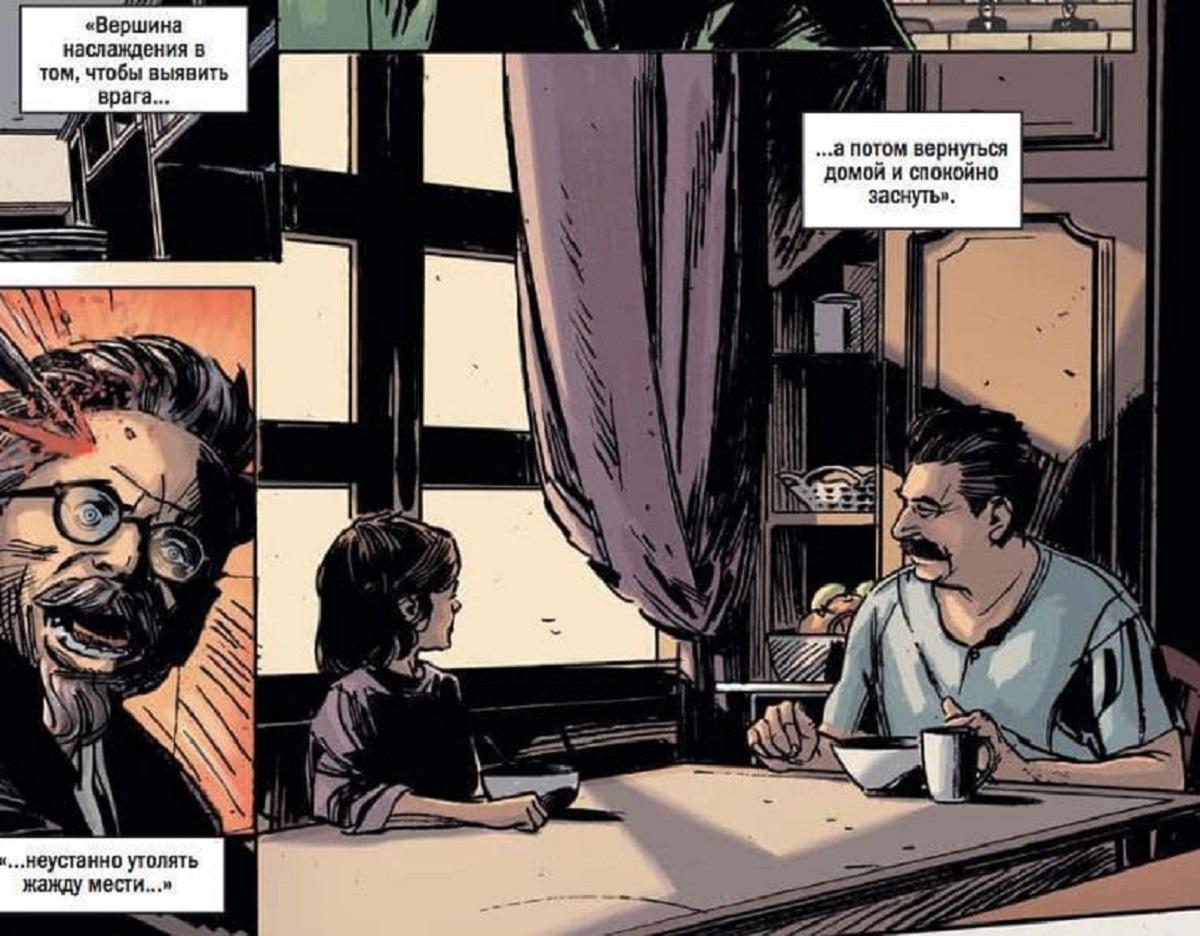 Under Stalin’s leadership, the Gulag system was organized. He also arranged mass political repression and forced relocation of peoples / Screenshot

The Russian State Library for Youth has purchased a comic about the bloody dictator of the Soviet regime, Joseph Stalin .

This is stated in the data of the Register of Public Procurement of the Russian Federation.

“Stalin: The Path from a Seminar to a Leader of the Nation. A Biography in Comics” was among the books purchased to replenish the funds in late September.

The publication was published by EXMO publishing house in 2021.

As the Telegram writes, we can explain that the comic is about Stalin’s participation in the intra-party struggle, collectivization and repression of the 1930s, as well as the dictator’s relationship with his wife and daughter.

Stalin was named in the book “one of the greatest powers of the world of this twentieth century.”

“An extraordinary political strategist and so, he extremely combined his resources with the tasks: firmly, within five years after Lenin’s death, to establish himself as the almighty leader of the Communist Party; at the cost of terrible sacrifices to enter Soviet society in the era of industrialization; considers “socialism”, – it is said in the afterword to the comic.

Due to the Kremlin’s constant propaganda of the “values” of the Soviet occupation and Stalin’s personal “merits”, the positive attitude of Russians towards the dictator in 2019 reached a record level: more than 70% of Russian citizens positively assessed his role in history.

Stalin is a murderer: what is known

Joseph Stalin (Dzhugashvili) came to power in the USSR in the 1920s after Lenin’s death. He is responsible for industrialization and collectivization, which has estimated that between 6 and 10.8 million people have died.

Under his leadership, the Gulag system was organized. He also organized mass political repressions and forced relocations of peoples.

In 1937-1938 alone – the Great Terror – at least 650,000 people were sentenced to death on charges of anti-Soviet activities, not including those killed under other articles.