Zelensky on the probable resignation of several ministers and Razumkov: “this is not a question of personality, but of results” (video)

The President said that he considered Speaker Razumkov a “big mistake.” 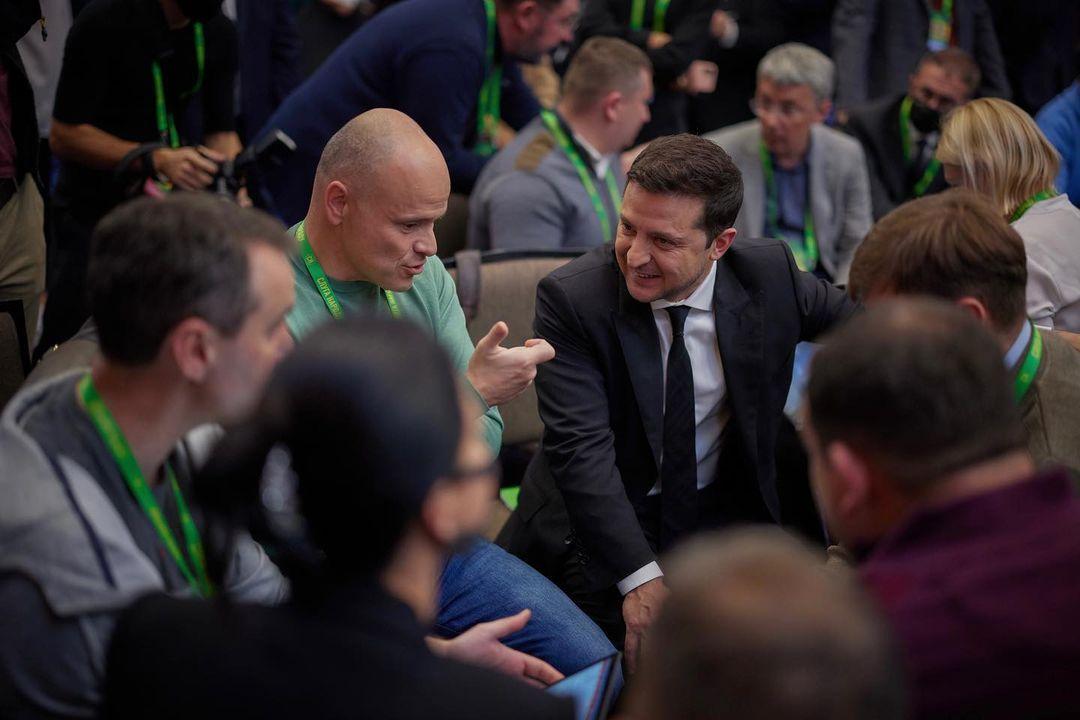 The President of Ukraine Volodymyr Zelensky stated that the probable resignation of several ministers is being considered not because of their personalities, but because of the results of their work.

The president said this on the air of the Dom TV channel .

“As for the issue of dismissal of ministers, this issue does not stand now. There is work, work of the faction, work of the Cabinet … There is dissatisfaction with work … The question of the government is not a question of individuals, it is a question of results. one or another result, and therefore the question to some ministers can be only one – show what tasks were and how they were executed in these terms “, – he noted.

Zelensky stressed that he had to be a good man.

“We have many millions of good people in the state who have given you opportunities, so please change the state for the better. You can’t – I’m sorry,” the president added.

He also clarified that it is difficult to say which ministry is not working.

According to Zelensky, the personnel policy “is not perfect for us.”

The head of state said that at present it is difficult for him to say which of the ministers is weaker and which is stronger because of the result.

“But when it comes to energy … I think we are good … In infrastructure, I think, well done, cool results, even” Ukrzaliznytsia “…” – the President emphasized.

He also added that the ministers who take care of the economy, digital direction and medicine, too, “all well done.”

Zelensky also said that he considered the “big mistake” of the Speaker of the Verkhovna Rada Dmitry Razumkov.

“The question of Dmitry Alexandrovich for me, sorry, well, not a question at all …” – he said.

According to Zelensky, this issue is intra-factional. The President considers it a big mistake of Razumkov or the consultants who are working with him now to bring this issue to the public sphere and the media.

“It’s very simple: if we fight the oligarchs, then sign the law … If you don’t sign, look for another team. If you invest your life in the fight against people who did everything to make us not a single country … Yes or no another person, if he does not support the fight against the oligarchs and the position on sanctions policy against, for example, Mr. Medvedchuk, etc., then I think that these people simply have different political views. And this is normal, we live in a democracy, “said the president.

As UNIAN reported, on September 30, the head of the faction “Servant of the People” David Arahamiya received signature sheets to initiate the issue of Razumkov ‘s resignation from the post of the Verkhovna Rada chairman and took him to Truskavets. To consider this issue, it is necessary to collect at least 150 signatures of deputies.

According to Oleksiy Ustenko, a People’s Deputy from Servants of the People, more than 150 signatures have been collected so far.

In early September, informed sources also reported to the media about possible personnel changes in the government.

On September 10, the leader of the “Servant of the People” faction, David Arahamiya, noted that there would be no complete change in the composition of the government, and it was a question of replacing 3-4 ministers. At the same time, Arahamiya refused to name which ministries were in question.