“Plastic and trash”: the post-representative of Ukraine criticized Lavrov’s speech at the UN General Assembly

He urged those who wanted to listen to the Russian minister not to forget about “mental hygiene during and after getting acquainted with this drug.” 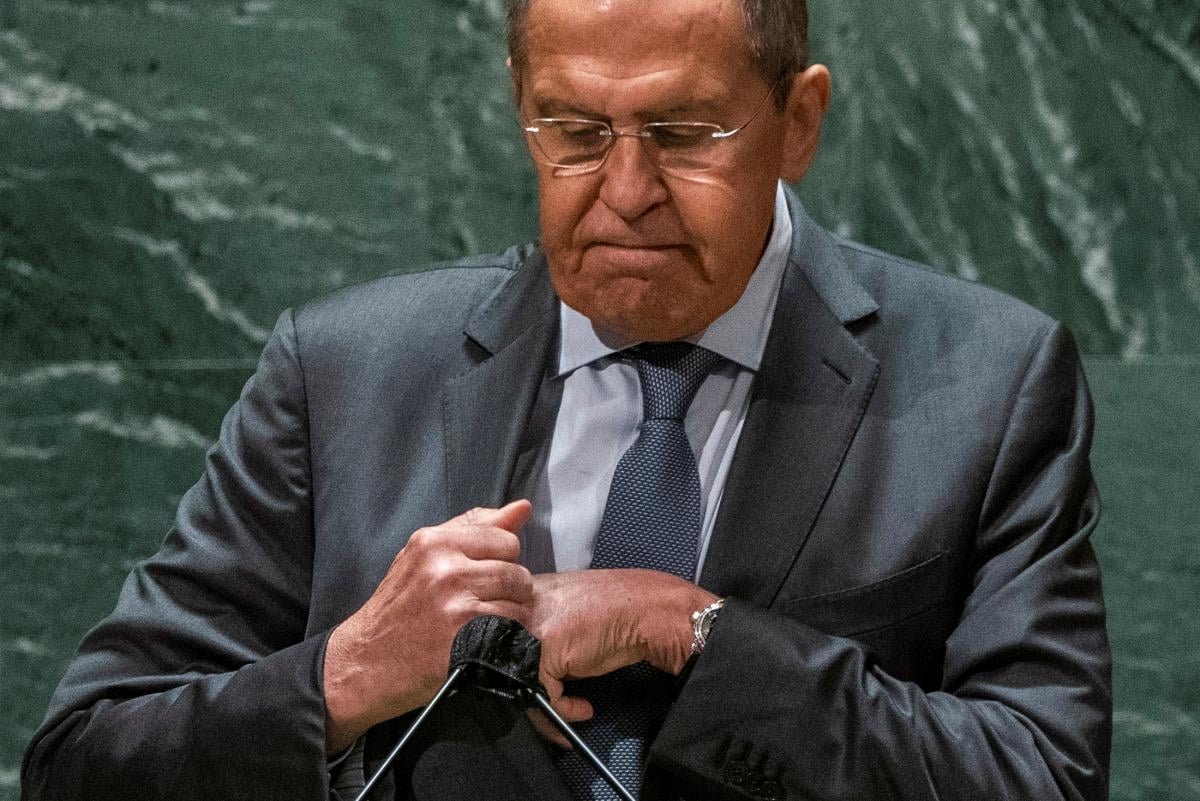 In his speech, Lavrov criticized the West for allegedly establishing rules in international relations and non-compliance with international law / photo REUTERS

The Permanent Representative of Ukraine to the United Nations Serhiy Kyslytsia called the speech of the Minister for Foreign Affairs of the Russian Federation Serhiy Lavrov at the UN General Assembly plastic and trash.

“If it weren’t for the escalation of cynicism and blasphemy, it would be worth studying, analyzing all this pile of opinions of Putin’s spokesman at the UN, but it’s really all plastic and trash , if you look at this speech through the lens of international law. West, USA, EU, democracy and freedom, then it is really worth listening… Just do not forget about mental hygiene during and after getting acquainted with this drug, “Kislytsia wrote on his Facebook page .

However, the post-representative later edited the post and removed the word “trash”.

In his speech, Sergei Lavrov criticized Western countries for allegedly establishing rules in international relations and non-compliance with international law. He also mentioned Crimea, which he called the occupation “reunification” with Russia.

Kislytsia, in turn, noted that the Russian delegation violated the rules of even the General Assembly.

Perhaps the most important thesis of Moscow Minister Lavrov’s speech at the GA: rules are evil, international law is our everything… The struggle against “rules” is repeated in the speech many times … To illustrate this approach, the Russian delegation did not care about the rules The number of members of the delegation in the hall during the speech and demonstratively came to the meeting “powerful” six. Surprisingly, not yet in caps with the inscription “Sputnik V”. that’s why they left, “Kislytsia wrote.

“And what to say about international law, when Moscow tried to illegally annex Crimea, occupied it, and now continues armed aggression in eastern Ukraine… Rules – nothing, international law – everything,” – added the post-envoy of Ukraine to the UN.

Earlier, President of Ukraine Volodymyr Zelensky during a speech at the general debate at the 76th General Assembly compared the UN to a retired superhero , and criticized the organization for not participating in the Crimean Platform summit .