The Rada finally approved the law on deoligarchization

The National Security and Defense Council of Ukraine will decide who is the oligarch in Ukraine, and the Register of Oligarchs will be created. 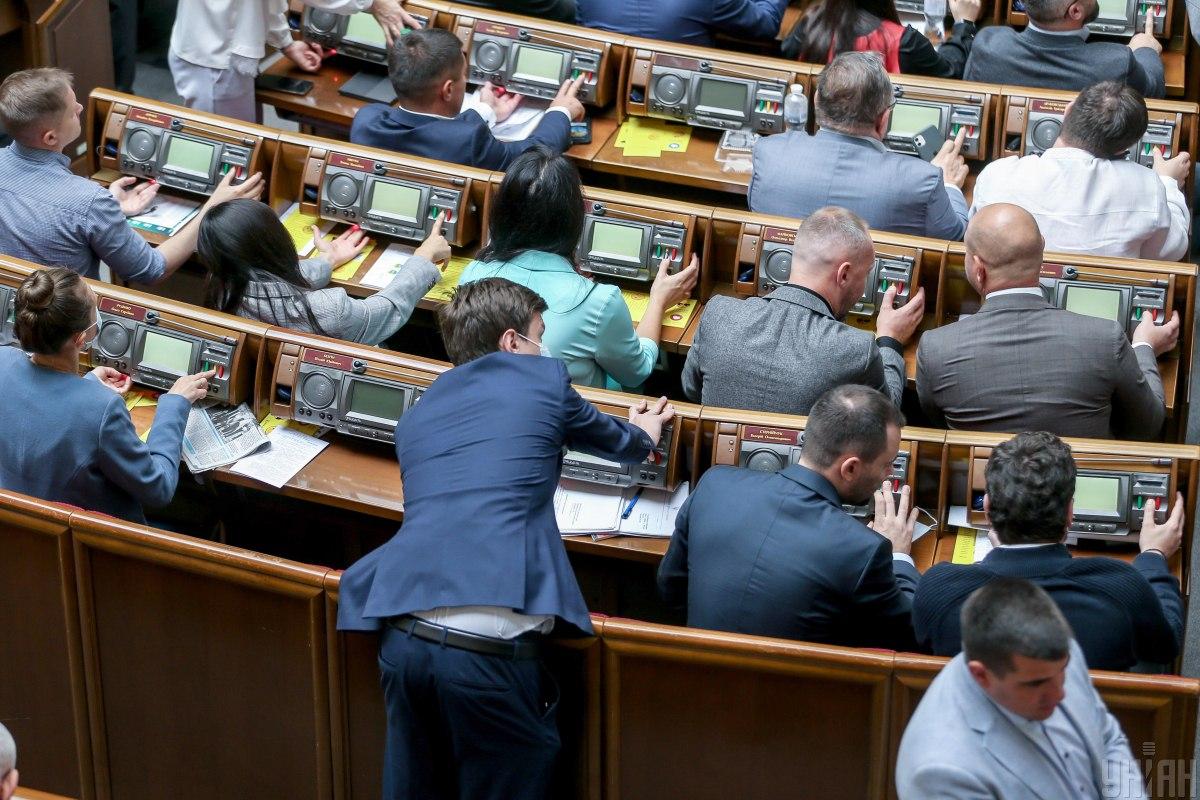 279 people’s deputies out of 379 voted for this decision / Photo UNIAN, Vyacheslav Ratinsky

The Verkhovna Rada of Ukraine adopted a presidential bill on the prevention of threats to national security related to the excessive influence of persons of significant economic and political importance in public life (oligarchs) (№5599).

According to an UNIAN correspondent, 279 people’s deputies out of 379 registered in the session hall voted for this decision.

The law stipulates that an oligarch is an individual who simultaneously meets at least three of the following criteria:

The decision to exclude a person from the Register shall be made in the event that the fact of non-compliance of such person is established at the same time by at least two of the features.

What else is provided by law

Such a decision shall enter into force on the day of the official publication of the presidential decree on its entry into force and shall be binding.

At the same time, the Office of the National Security and Defense Council shall send a notice of such a meeting to the place of its registration 10 working days prior to the day of its meeting, at which consideration of the application for recognition of a person as an oligarch is planned. The notice after its sending is published on the official website of the National Security and Defense Council.

Such a person has the right to submit to the Office of the National Security and Defense Council in writing personal explanations and other documents in this regard no later than 5 working days before the meeting of the Council, which is scheduled to consider the application. At the request of a person and on the basis of the relevant decision of the National Security and Defense Council, his personal explanations may be heard at a meeting of the Council.

The decision of the National Security and Defense Council to recognize a person as an oligarch is the basis for its inclusion in the Register of persons who have significant economic and political weight in public life (oligarchs).

Such a Register is an information and communication system designed to disclose and process information about oligarchs and persons who file declarations of contact with oligarchs or their representatives, in order to ensure access to information about such persons and the application of measures of influence to them.

Formation and maintenance of the Register is provided by the Office of the National Security and Defense Council. The official website of the Council provides free and free information to the Register with the possibility of viewing, copying and printing, including in the form of a data set (electronic document), organized in a format that allows its automated processing by electronic means (machine reading) for re- using.

Persons included in the Register are prohibited , in particular, to make contributions in the form of their own funds, performance of works, provision of goods and services in support of political parties, make contributions to candidates’ election funds (except their own election fund) during the election process; to be a buyer (buyer’s beneficiary) in the process of privatization of large-scale privatization objects; to finance any political agitation, or to hold rallies or demonstrations with political demands.

A person recognized as an oligarch is obliged to submit a declaration of a person authorized to perform the functions of the state or local self-government from the moment of his / her inclusion in the Register.

In case of contact of a public servant with a person included in the Register or his / her representative, such public servant is obliged to submit a declaration of contacts. Such contact means meeting and conversation (including online), communication by telephone or electronic means of any content.

Persons included in the Register and their representatives are obliged to inform public servants about the fact of their inclusion or the persons they represent in the Register before the beginning of the meeting, communication by telephone or electronic means.

At the same time, the declaration of contacts is not submitted if such contact took place in the course of participation of a public official and a person included in the Register or his representative, in particular, in court or at official events, which are broadcast live on radio, television or the Internet in a mode available for mass reception.

The declaration of contacts is submitted no later than the next day after contact with the oligarch or his representative by filling out an electronic form on the website of the National Security and Defense Council.

At the same time, violation of the obligation to submit a declaration of contacts is the basis for bringing a person to political and / or disciplinary responsibility.

Failure to notify the oligarch or his representative of the fact of their inclusion in the Register does not release the public servant from liability for failure to provide a declaration of contacts.