At the last moment: in Kyiv the patrolman saved the girl from falling from the 25th floor (video)

“You’re not a psychologist, you won’t understand, you’ll just succeed in understanding,” the girl on the edge of the balcony said in despair. 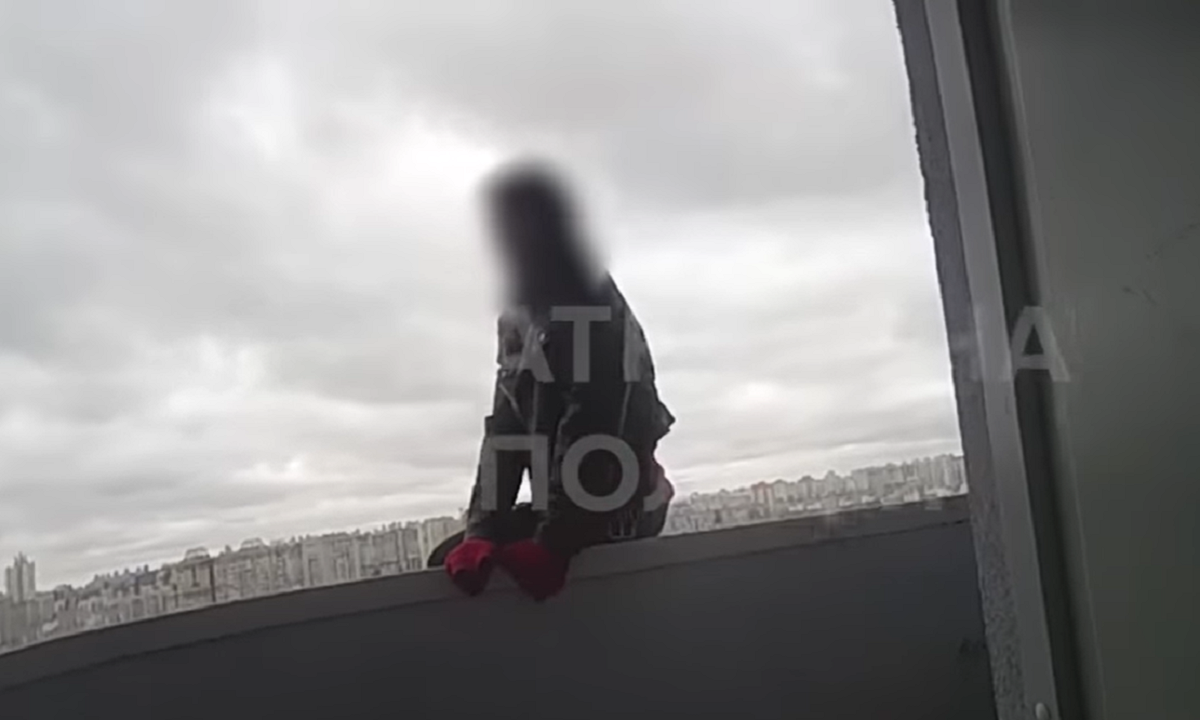 In Kyiv, a 17-year-old girl wanted to commit suicide and almost fell off a balcony on the 25th floor.

The case was reported by the capital’s patrol police .

Police were told that the girl was sitting on the edge at high altitude. Patrolmen rushed to the rescue.

“Video from which blood is cold in the veins or the story of one fateful call… Call patrolmen Oleksiy Savkin and Volodymyr Kiyanytsia received from an eyewitness -” A child is sitting with her legs dangling from the 25th floor of a house on Revutskoho Street. ” the balcony where the girl was sitting, and they tried to start a conversation with her. Usually it helps in such situations, but not this time – she did not make contact, “police said.

The video shows a patrolman asking a girl sitting on the concrete partition of the balcony: “What happened to you?” and “What’s your name?”. But she just cries, asks not to come and says that a lot has happened, but the policeman will not understand her.

“You’re not a psychologist, you won’t understand, you’ll just succeed in understanding,” the girl said, gradually getting to her feet on the edge of the balcony.

She then said that she was scared and tried to throw her leg over the barrier, but when she saw that the patrolman was coming closer, she shouted “No need” and almost broke.

“At some point, suddenly, just in front of the patrol, she slipped down from the fence and hung in her arms. Patrol Savkin was not confused – instantly grabbed her and dragged her to the balcony. … Today, partners Alexei and Vladimir became guardian angels for the girl “, – told in police.

After calming down a bit, the girl told the police that her family now has certain problems and it worries her a lot.