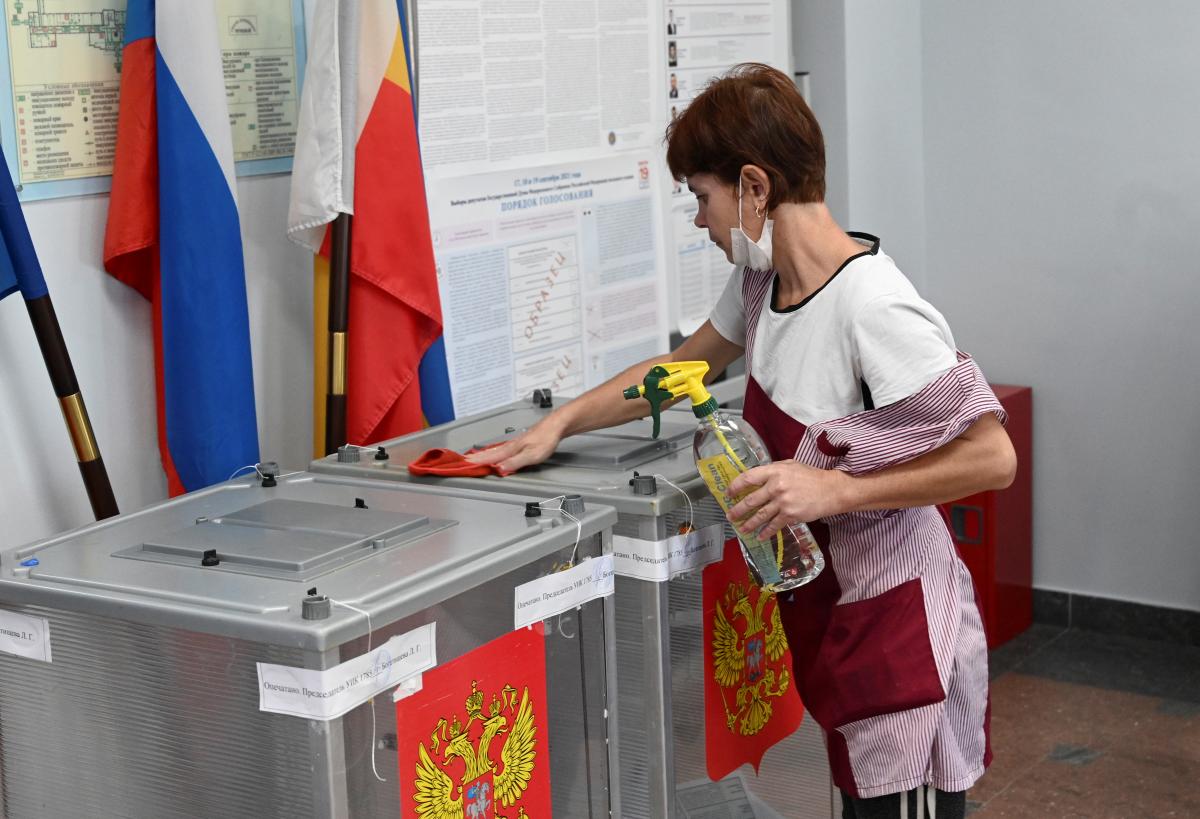 The National Security and Defense Council has decided to impose sanctions against all organizers of the elections to the State Duma of the Russian Federation in the Ukrainian occupied territories.

According to an UNIAN correspondent, the Secretary of the National Security and Defense Council Alexei Danilov said during a briefing on the results of today’s meeting.

In particular, the report of the head of the Security Service of Ukraine Ivan Bakanov was heard at the meeting of the National Security and Defense Council.

“The vast majority of sanctions concern the very issue that concerns the occupied territory of Crimea and the occupied territory of Donetsk and Luhansk regions today – elections to the so-called State Duma of the Russian Federation. We are convinced that the Russian Federation has no right to hold elections in these territories. the participants of this process – members of polling station commissions, agitators, candidates, all observers who are officials in this election – they will be under sanctions of our country “, – Danilov told.

In particular, the first list of those people was worked out today.

“The sanctions that we have in full will be applied in the near future, due to a presidential decree,” Danilov added.

We will remind that parliamentary elections in the Russian Federation take place on September 17-19. Residents of ORDLO with Russian passports were allowed to take part in them. Despite the fact that the Ministry of Foreign Affairs of Ukraine condemned this decision, a polling station was opened at the Russian Embassy in Kyiv  .