Belgium handed over a research vessel to Ukraine

This will resume research and strengthen environmental monitoring of the Black and Azov Seas. 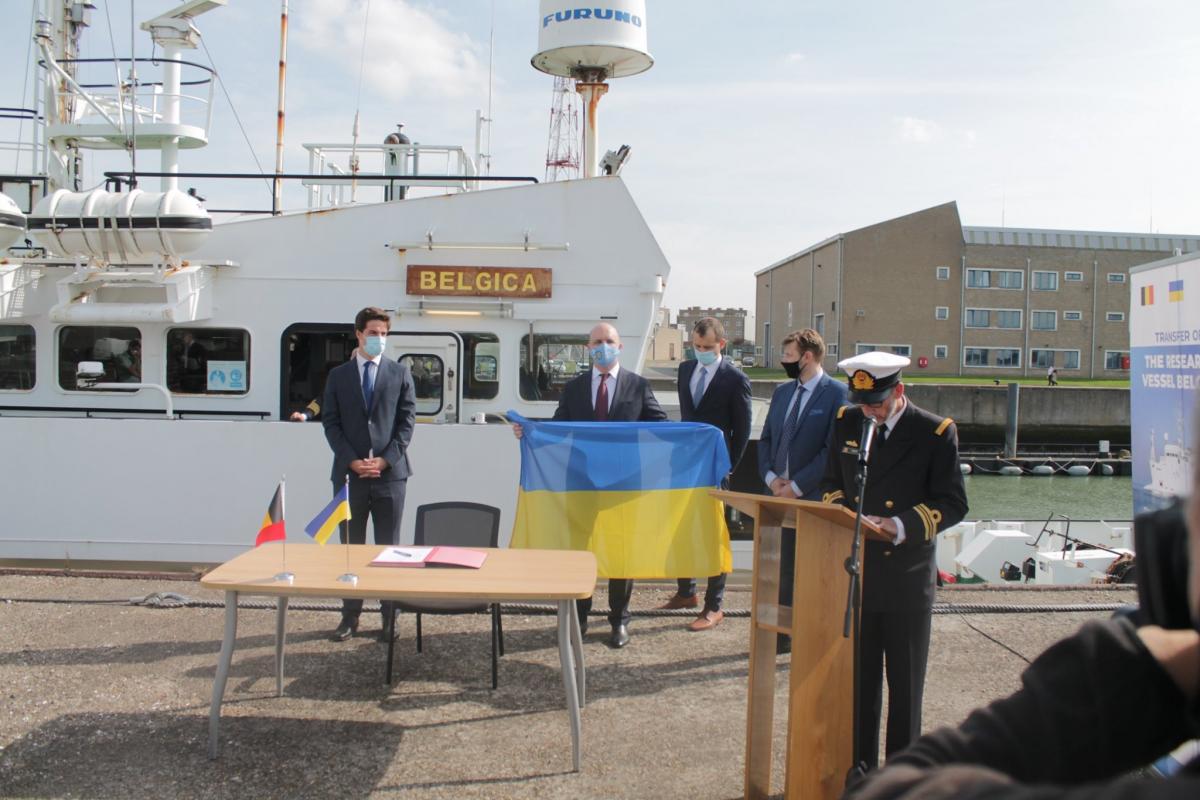 The ship will start its journey from the Belgian port of Zeebrugge to Odessa / photo facebook.com/EnvironmentalofUkraine

The Belgian government has handed over the legendary research vessel “Belgium” to the Ukrainian Research Center for Marine Ecology .

According to the press service of the Ministry of Environmental Protection and Natural Resources, this will allow Ukraine to resume research and strengthen environmental monitoring of the Black and Azov Seas.

According to the Deputy Minister of Economy and Labor of Belgium Thomas Dermin, this ship, which is a floating laboratory, has been the flagship of Belgian marine science for 37 years. The ship explored almost 1 million km of sea and conducted more than a thousand scientific campaigns.

“However, I am very glad that the ship will get a second life thanks to our cooperation with the Ukrainian Research Center for Marine Ecology,” he said.

Then the ship will begin its journey from the Belgian port of Zeebrugge to Odessa. On the 8,600 km route, scientists will assess the presence of floating debris, take samples of seawater and bottom sediments for a unique screening for tens of thousands of pollutants and microplastics. They will also isolate DNA from the environment to assess biodiversity and analyze the spread of antibiotic resistance genes in marine microorganisms.

This is part of a scientific program called “Monitoring of the three European seas” – North, Mediterranean and Black.

In addition, joint Ukrainian-Belgian scientific research is planned in both the Black and North Seas.

The ship is expected to arrive in Ukraine in October 2021. Here it will receive a new name and begin its activities in the Black and Azov Seas.

The agency noted that the transfer of the ship took place due to the Memorandum of Understanding concluded in July 2021 between the Ministry of Environment and Natural Resources of Ukraine, the Belgian Federal Office of Science and Policy and the Royal Belgian Institute of Natural Sciences.

Earlier, the United Kingdom handed over to Ukraine research icebreaker James Clark Ross for research in Antarctica. Funds for its acquisition were allocated by the Cabinet of Ministers at a meeting on July 7.

At the end of August, a blue and yellow flag was hoisted over the new flagship of the Ukrainian research fleet, the icebreaker James Clark Ross . The incident took place in the port of Frederikshavn (Denmark), where the ship is currently located. Now, after re-issuing a number of documents for a new owner – Ukraine, the research vessel will be able to go to Odessa.

Icebreakers James Clark Ross will be able to take on board up to 50 scientists at a time. Eight laboratories for marine biological, oceanographic and geophysical research are located on board. In addition, it has a variety of equipment for research and a technological platform for the installation of new equipment. The vessel is almost 100 meters long with a displacement of 5,732 tons. The ship can go at a speed of 2 sea knots through a flat ice field 1 meter thick, and the maximum ice obstacle in its path can reach 4 meters. The ship was launched on December 1, 1990.