He stated that the Ukrainian military “fry meat and live as befits a Ukrainian Cossack in the steppe.” 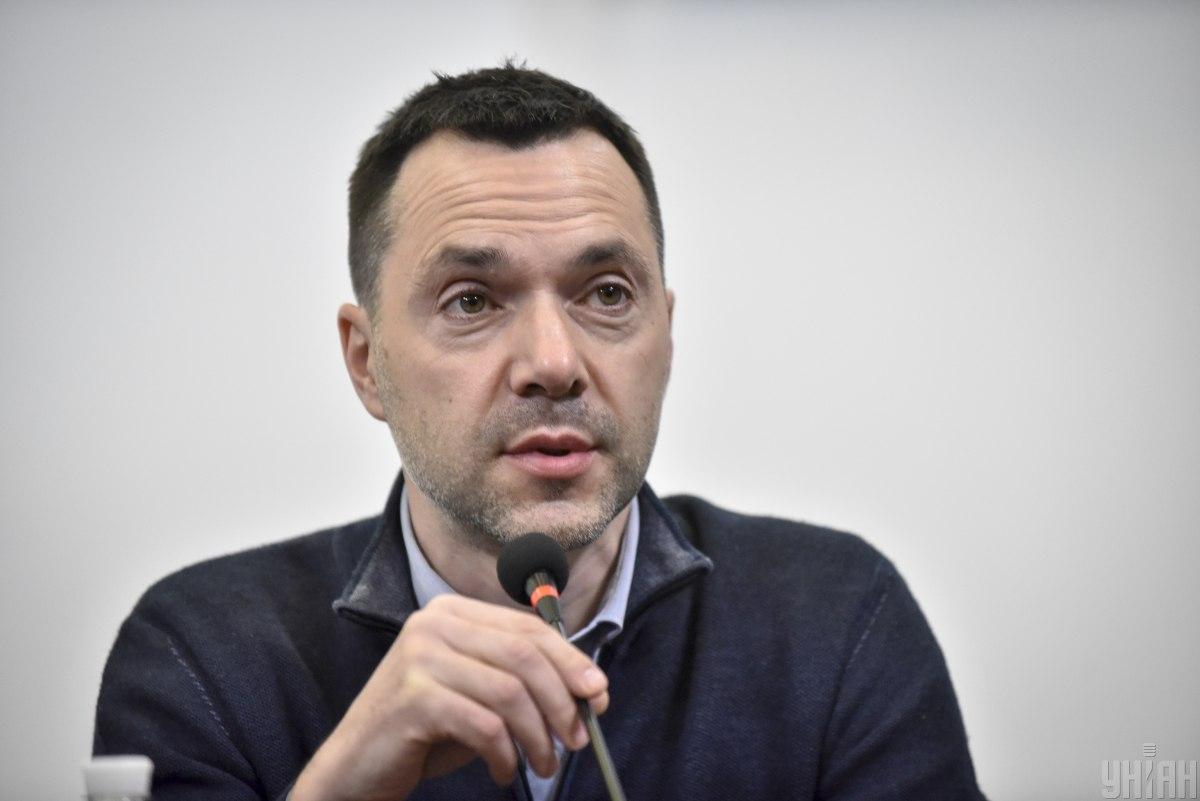 Arestovich said that the interview was dedicated to the information war / photo UNIAN, Alesso Bressonova

Oleksiy Arestovych , the information policy adviser of the Ukrainian delegation to the Tripartite Contact Group , states that the anti-terrorist operation is a “big resort for boys.”

The video of Arestovich’s statement was posted on Facebook by former Interior Minister Arsen Avakov.

“There is a huge myth around the anti-terrorist operation and a number of myths that our boys suffer and die … The anti-terrorist operation is a big resort for boys. It is a big pioneer camp. There is a holiday of disobedience. They break away from their wives, children and mothers-in-law. They fry meat and live as befits a Ukrainian Cossack in the steppe. The wind blows, there is absolute freedom. Thoughts are simple, clear, awareness is simple, clear. You are shot, you shoot – you are a hero, as it were. Respect, and it is not necessary to wipe snot to children and to deal with a sloping fence of the house. And I didn’t see there any suffering person. I saw there among soldiers and officers only people who are in high spirits that happens “, – Arestovich told.

In turn, Avakov clarified that his comrade and the military sent him “this rare abomination” video of Arestovich.

“I rarely, especially lately, give advice to those who do not ask them, but .. in this case I want to advise: dear President’s Office, even if none of you are believers – gather your finger in the sign – cross the sick, then send yourself this character .. away. Do not substitute the country and the president! “- Avakov commented.

“Arestovich’s fantasies – from the renaming of Ukraine to Russia – Ukraine or today’s disgust about the anti-terrorist operation and the war that came out, like many other pearls – it’s up to you, gentlemen! and it’s a pity if they see the dead soldiers in the house .. The scoundrel, with a laugh, tells about the death of our soldiers in the war … People will give an assessment. I am sure that the reaction of the country’s leaders after watching this video will be immediate, “Avakov concluded.https://www.facebook.com/plugins/video.php?height=476&href=https%3A%2F%2Fwww.facebook.com%2Farsen.avakov.1%2Fvideos%2F545231830036861%2F&show_text=false&width=264&t=0

Arestovich later responded to a video posted by Avakov. As he reported on Facebook , his words about the anti-terrorist operation, which he voices in the video, were said in 2016.

“Arsen Borysovych has started the political season. Judging by the start, it is difficult for him. It is different to explain why it was necessary to pull out a single phrase from a four-year-old video and launch a political attack with it?” – Arestovich wrote.

According to him, his interview, dated 2016, was dedicated to the information war against Ukraine.

“Today, of course, I would put it differently, much more severely. At the same time, I just returned from another trip to the anti-terrorist operation. And I was a little angry that we are constantly trying to make you cry. , this is how you can win the information war, “Arestovich explained.

“I said then that …” it’s enough to whine and cry for the military, they know very well what they do – a lot of them – volunteers. That there they experience the historically inherent in the Ukrainian people Cossack, male archetypes. This is how the nation rises. They are defending the country. And providing information about them as deeply traumatized, unhappy people is fundamentally wrong. This is an information war, and we need to look at the situation with our own views, not dictated, “Arestovich added.

As UNIAN reported, on April 30, 2018, President of Ukraine Petro Poroshenko signed a decree on the completion of the anti-terrorist operation in Donbass and an order on the start of the Joint Forces operation, which started at 14:00 on April 30.