Admiral Nakhimov’s last flight: memories of a passenger who was lucky enough to survive in a shipwreck

A few days ago, 35 years have passed since the death of our Titanic, the passenger liner Admiral Nakhimov, which killed more than 400 people. Most of them were Ukrainians. UNIAN talked to one of the passengers of the tragic flight, who was lucky to survive.

Thirty-five years ago, one of the worst tragedies in the history of the Soviet fleet took place in Tsemes Bay in Novorossiysk (Russia) in the Black Sea. On the night of August 31 to September 1, 1986, in a collision with a bulk carrier “Petr Vasev”, the passenger liner “Admiral Nakhimov”, which was cruising the Crimean-Caucasian line, was punctured and sank. According to official data, 1243 people were on board, 423 of them died.

Most of the passengers (and victims) were from Ukraine. The catastrophe of “Admiral Nakhimov” became the largest in the Black Sea in peacetime. And more than 60 bodies still remain inside the steamer.

Leonid Toyunda from Rivne region is one of those who was lucky enough to escape in that terrible shipwreck. He admits that then literally in a few days completely gray. However, the events of that night will be remembered for a lifetime. He shared his memories with UNIAN.

The ship sank in seven minutes

Today Leonid Toyunda is a respected pensioner, who spends most of his time raising his grandchildren. And August 31 is still his second birthday. He says it was seven minutes that he would like to erase forever from his memory and never remember. However, the horrible pictures of the experience, he will dream for a long time, reminding of those who were around and whom he then lost forever. 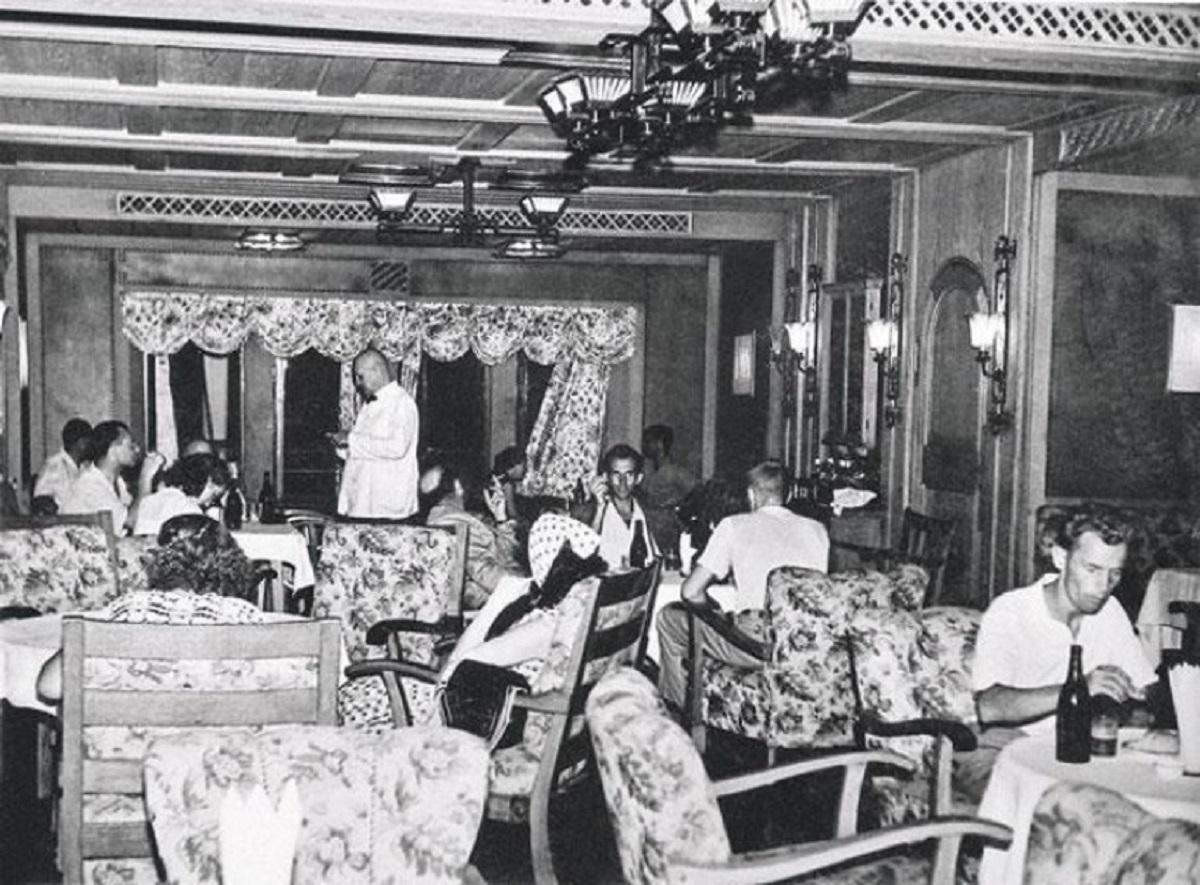 According to official data, 1243 people were on board the Admiral Nakhimov, 423 of them died / photo Sudohodstvo.org

At that time I worked in the Dubrovytsia district as the head of the district branch of the State Bank of the USSR and I was rewarded for good work with a ticket to Admiral Nakhimov. that the passengers were very lucky, because it was supposed to be his last flight, after which the Soviet authorities had to pay him to Varna (Bulgaria) for debts, where “Admiral Nakhimov” was overhauled, “- recalls Mr. Toyunda.

He got on the liner together with four colleagues, and in total the group from Rivne region numbered 29 people.

By the way, the ticket to “Admiral Nakhimov” then cost 69 rubles, so the gift was valuable. We went to Odessa, boarded a ship and went swimming. Went to Yalta, went for a walk, visited the “Swallow’s Nest”, then set sail for Novorossiysk and then – in Sochi… But did not reach… It happened at 23:15 (so it was written in the certificate), we crashed dry truck “Peter Vasev. In the starboard side, just between the engine and boiler rooms, there was a void… He broke hole 8 by 9 meters. There went 200 thousand cubic meters of water per minute. In 7 minutes the ship went to the bottom… “, – continues Leonid Toyunda.

He says that at the time of the accident was on the upper deck. There they celebrated the Miner’s Day, there were dances… Everyone was in high spirits. So the passengers did not immediately understand what had happened.

“I was sitting on a bench and felt a blow to my back. The ship began to heel, we were ordered to go to port, then we realized that it was to keep our balance. It was dark, we were leaving the port. And there was a ship suspended. When we were hit, “Peter Vasev” began to retreat back to the sea, I thought that we crashed into that suspended ship. “, – the interlocutor of UNIAN tells.

Leonid Toyunda fell overboard from a height of 22 meters and began to sink. He says he emerged when someone grabbed him by the neck with strong hands.

“I escaped and quickly dived under the water. I swam at random. I was lucky that I swam in the opposite direction from the ship, otherwise it would just drag into the funnel. Each time I had to dive deeper so as not to run into other passengers who could pull in a panic And then I see – no one, and then dark, not visible… Then I hit my head on a boat, which was already several people. I clung, shouting to others: “Here, here is a boat, there is room! 40 arrived, hung on a boat, it’s good that everyone is alive, “- says Mr. Leonid.

He admits that he froze in the icy water that night. But in this way he and almost forty passengers managed to hold out for more than an hour and wait for rescuers. 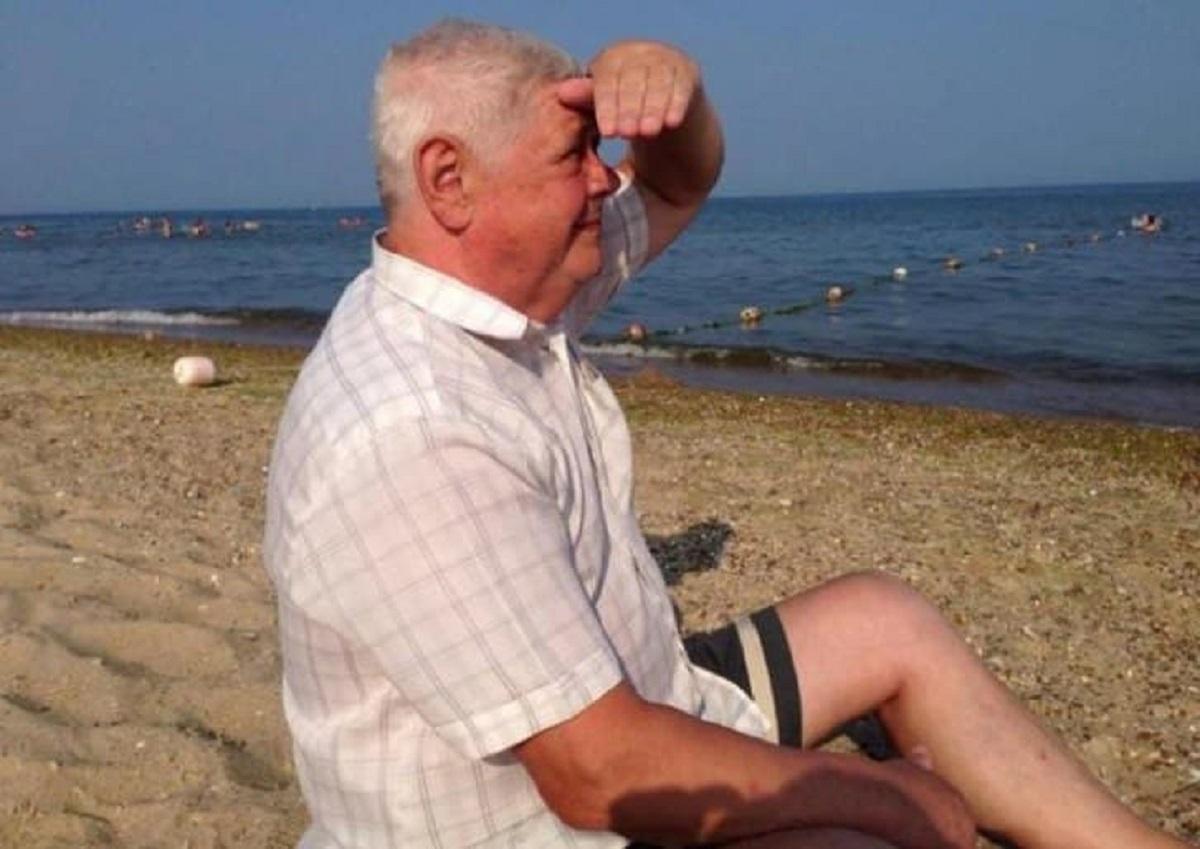 “One woman kept shouting that she had a weak heart, but when she was taken on board, she died. Unfortunately, there were many cases when Nakhimov’s rescued passengers had heart failure after a while. Many people. died just in closed cabins, because it was late, someone was asleep. Someone shouted, they say, why do you raise the dead, better raise the living. Novorossiyska. Only from there I was able to tell my relatives that I was alive, “said Leonid Toyunda.

Grays in a few days

All the rescued immediately underwent a medical examination, received dry clothes and food. At home, all victims of the shipwreck were promised to extend their leave and sent to hospital for rehabilitation.

“But the chief doctor of the district hospital was a friend of mine and said, ‘Why you and the hospital?’ Go to nature and gain strength. “That’s what I did – I spent two weeks picking mushrooms in the forests of Dubrovytsia, then dried a whole bag. But I really rested my soul,” says Mr. Leonid.

Although he admits that after the tragedy in a few weeks he began to grow gray hair.

The liner “Admiral Nakhimov” was built in 1925 by German engineers in Lobbendorf. Then it was called “Berlin”. Before the Second World War it was used as a passenger liner, during the war it transported the wounded. In 1945, a steamer exploded on a mine and sank. It was erected and repaired only two years later. Then it became known as “Admiral Nakhimov”, and 10 years later it again carried tourists. 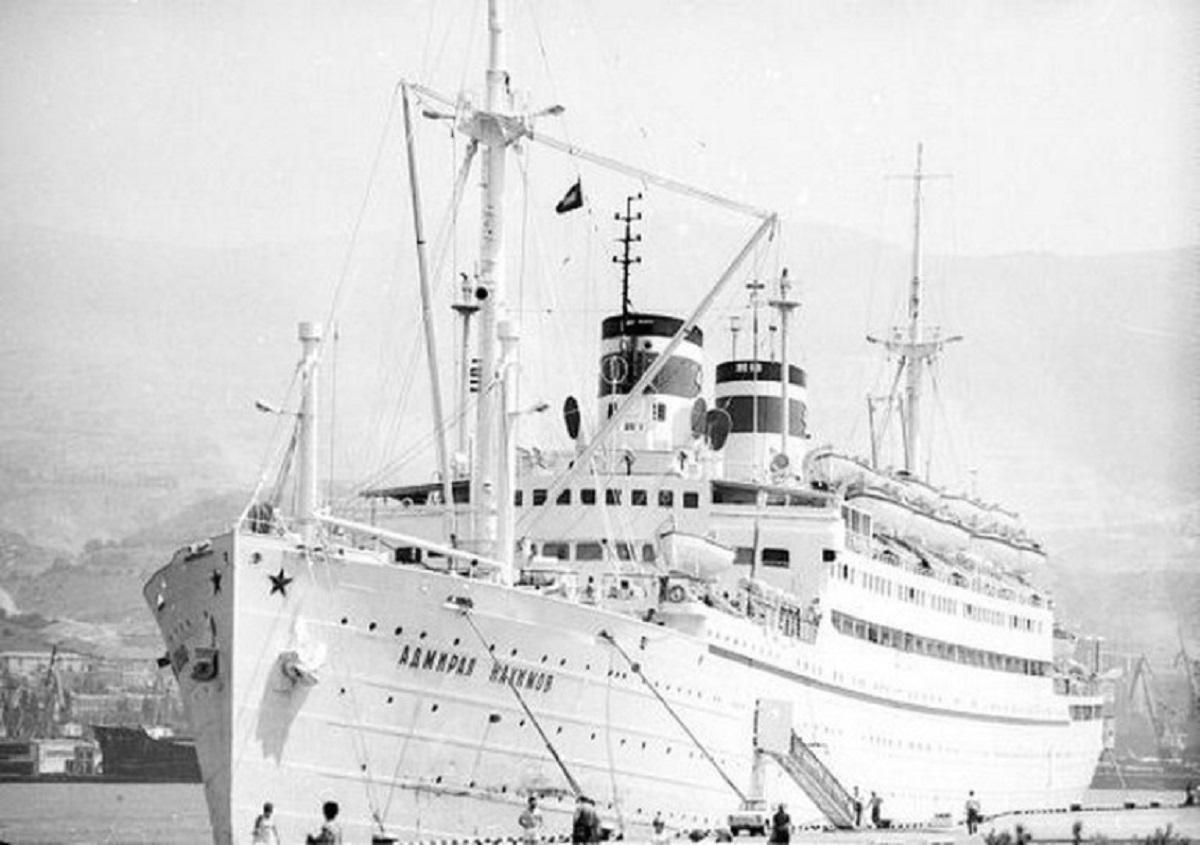 On August 29, 1986, at 8:00 p.m., Admiral Nakhimov left Odessa for a seven-day Black Sea cruise, which included calling at five ports: Yalta, Novorossiysk, Sochi (twice), Batumi, and returning to Odessa. Passengers did not receive any boat training or instruction.

In the evening of August 31, “Admiral Nakhimov” left Novorossiysk for Sochi. There were 897 passengers and 343 crew members on board (mostly from Odessa). Near Cape Doob, its course intersected with the dry cargo ship “Petr Vasev”, which was carrying 30 tons of grain, and, in agreement with the shore post of regulating the movement of ships, was to pass a passenger steamer.

However, the captain of “Petro Vasev” Victor Tkachenko calculated that, at constant course and speed, the ships will disperse at a distance of slightly less than a kilometer. However, the second assistant captain of the “Admiral Nakhimov” Alexander Chudnovsky, the approach of “Peter Vasev” seemed dangerous, and he gradually began to turn the ship at small angles from the previous course. Tkachenko guided the ship exclusively on devices that did not record a change in the course of “Admiral Nakhimov”. It was not until 11:05 p.m. that the bulker’s captain finally looked away from the screen of the automatic radar station and saw that the ships were approaching. 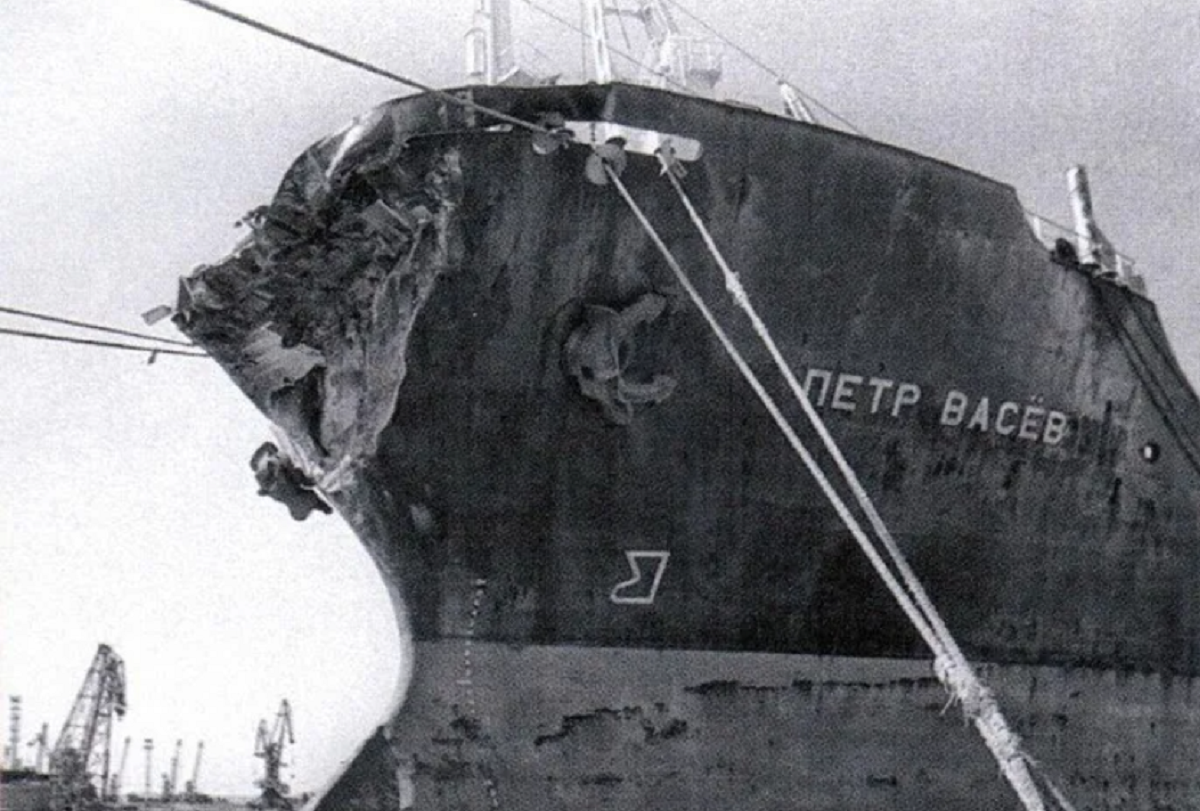 Assessing the real situation, he began to slow down too slowly – just three minutes before the collision gave the command “Full back”. “Petr Vasev” continued forward by inertia, and hit “Admiral Nakhimov” on the starboard side, severely damaged the skin of four compartments.

After “Admiral Nakhimov” disappeared under water, a large-scale rescue operation began, which involved dozens of ships of the Novorossiysk, Black Sea Fleet and border service. Most of the passengers and victims were from Ukraine, most of them from Odessa. According to official figures, the crash killed 423 people (359 passengers and 64 crew members), 64 of whom remained under water forever.

The first brief reports of the tragedy in Tsemes Bay were broadcast on Soviet radio and television only in the middle of the day on September 1. No casualties were reported. Those who survived the crash were forbidden in telegrams to mention the accident of “Admiral Nakhimov”.

Search work at the site of the liner crash began immediately, on September 1, 1986. The ship landed on the starboard side almost completely. Divers penetrated, the corridors more like narrow passages and mines, completely covered with carpets, furniture and bodies. Most of the cabins were locked, so rescuers had to break down the door to pull out the dead. 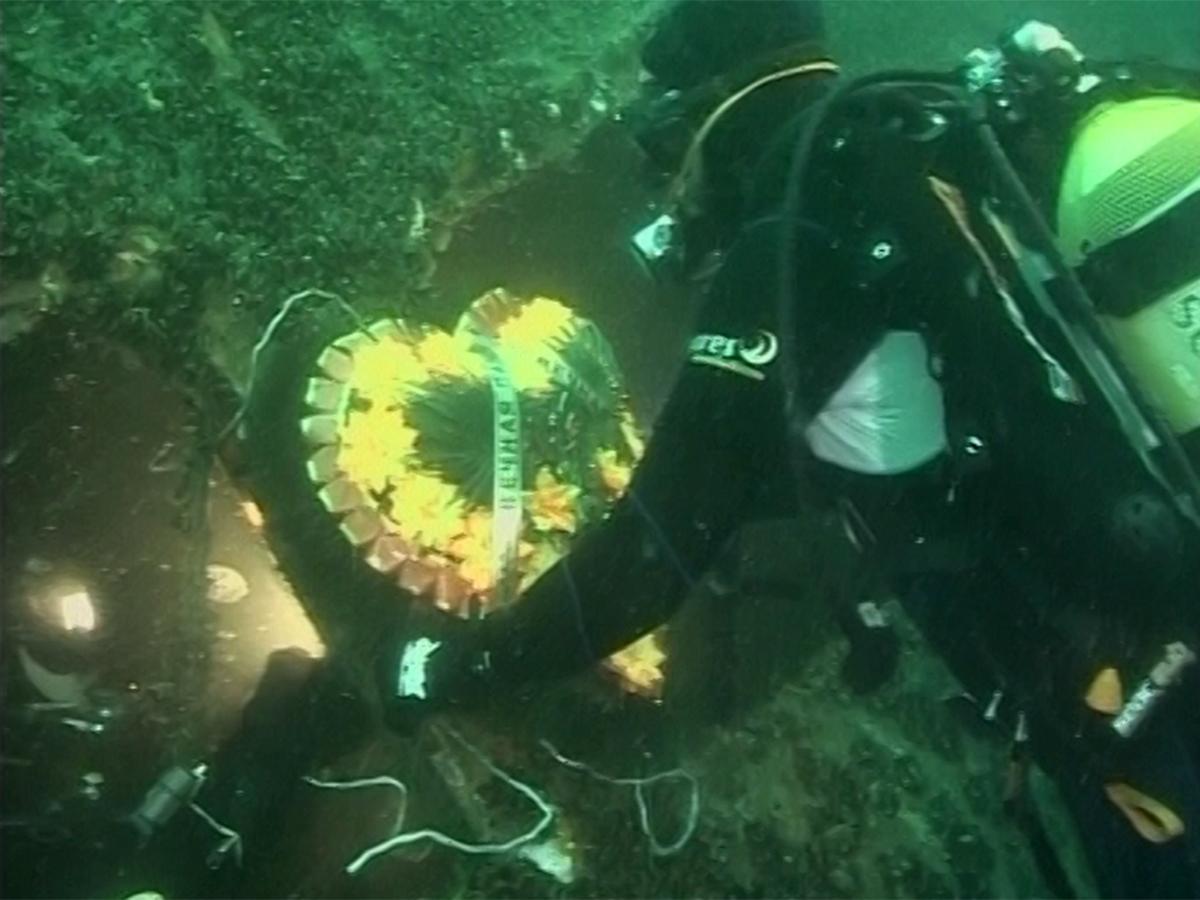 In addition, two military divers were killed while working on the premises of the sunken ship. After that, they decided to stop the search.

Since then, “Admiral Nakhimov” lies at a depth of 47 meters in Tsemes Bay. This place with a radius of 500 meters is considered the official burial place of the victims of the disaster. Any actions that would disturb the peace of the burial place are prohibited here. Every year on August 31, a boat with relatives of the victims comes here, they lower the wreath into the water. The Admiral Nakhimov accident was the biggest catastrophe in the Black Sea in peacetime.