Zelensky noted that Ukraine is interested in reviving scientific and technological potential and is considering cooperation with NASA. 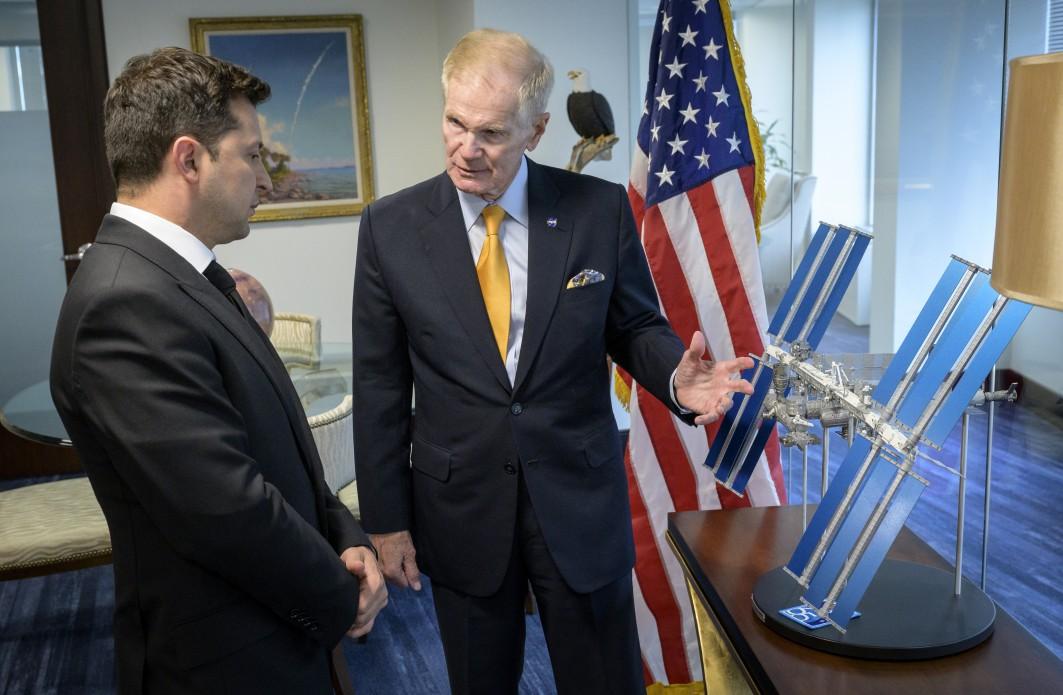 The head of the National Aeronautics and Space Administration (NASA) Bill Nelson accepted the invitation of President Volodymyr Zelensky to visit Ukraine.

“The head of NASA accepted the president’s invitation to visit our country,” the statement said.

Zelensky also stressed that Ukraine is interested in reviving scientific and technological potential and considers cooperation with NASA as an important component of the development of the domestic space industry.

“Ukraine must become a space power again. Exploration and use of outer space for peaceful purposes is an important component of the partnership between Ukraine and the United States,” the president said.

In addition, the parties discussed the prospects of participation of Ukrainian enterprises in the Antares project, the Artemis lunar exploration program, as well as projects that Ukraine can join with its unique space technologies.

As UNIAN reported, the working visit of President of Ukraine Volodymyr Zelensky to Washington began on August 31 . A meeting with US President Joe Biden is scheduled for September 1.