Ukrainians were shown new UZ cars: there is a prototype of capsules, almost like in Japan (photo)

Each bed has sockets, individual lighting and an air diffuser. 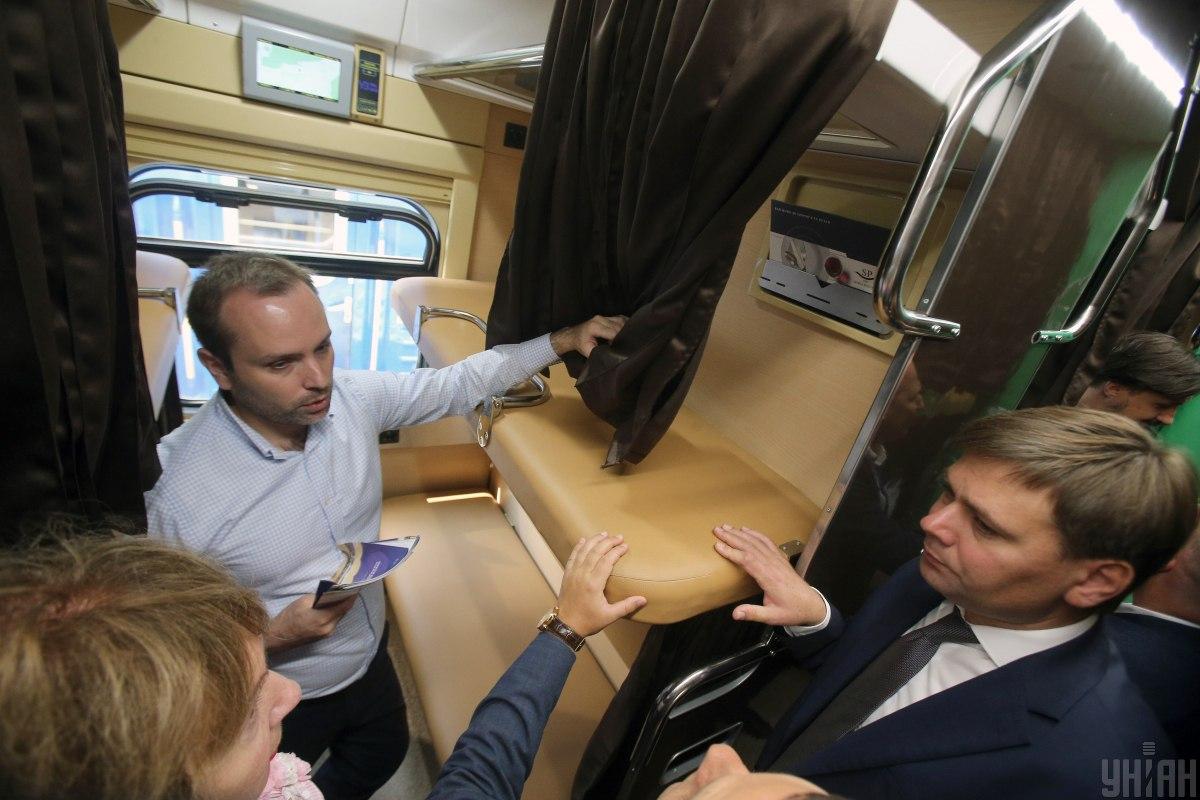 A prototype of a capsule car / photo by UNIAN, Oleksandr Sinitsa appeared within the exhibition

A Swiss electric train is presented on the platform of the capital’s railway station; electric train, diesel, brand new compartments and overhauled passenger cars-transformers and seats of Ukrainian production.

From now on, trains have become more accessible for passengers with disabilities – inclusive areas are provided for the transportation of people in wheelchairs, while citizens are secured with seat belts during the trip.

Passengers with bicycles will also be able to travel more freely.

Hard and uncomfortable seats in the trains were replaced with soft ones with high headrests, as in “Intercity”. Ventilation works, it is possible to contact the driver.

A prototype of the capsule car (after overhaul) appeared within the framework of the exhibition. However, instead of a partition, as in Japanese trains, UZ passengers are offered to separate from other citizens with a dark screen.

Each bed has sockets, individual lighting and an air diffuser, as well as transparent luggage racks. This is just the concept of an updated train, work is underway to improve some options.

The curtains in the cars were changed to blinds.