The anthem of Ukraine was also played. 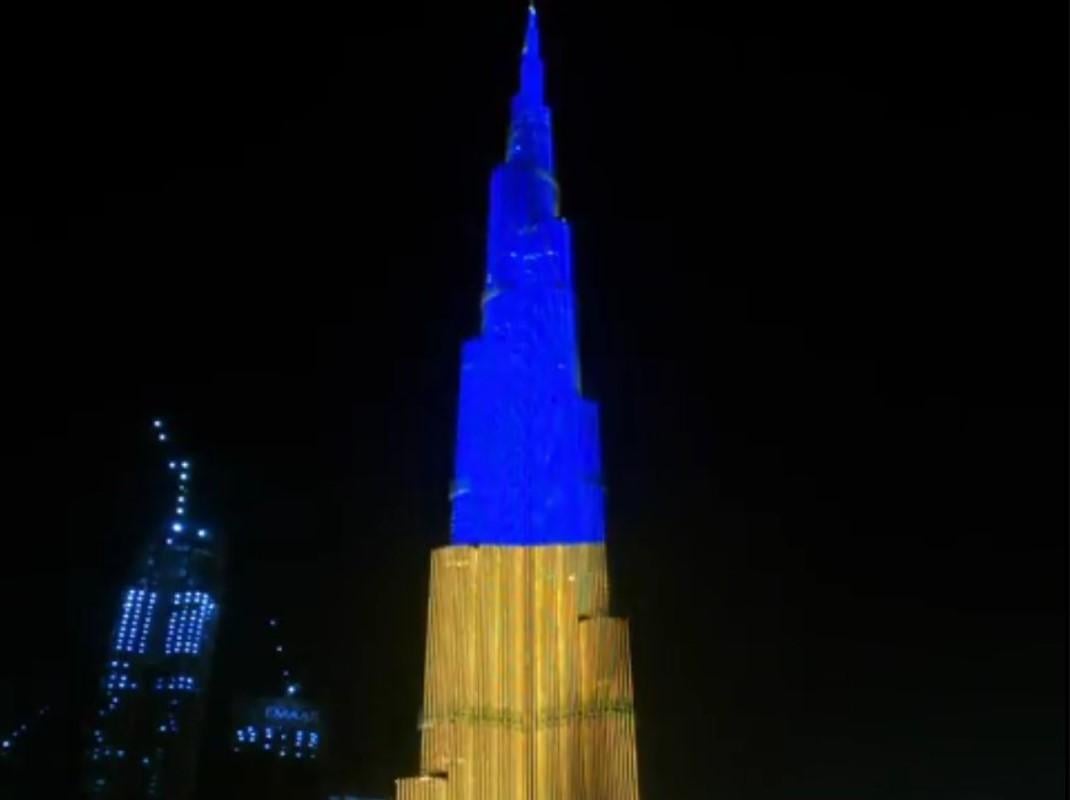 Burj Khaliva shone with the colors of the Ukrainian flag / screenshot

United Arab Emirates congratulated Ukraine on the 30th anniversary of Independence . The tallest skyscraper in the world, which is located in Dubai, shone in the colors of the Ukrainian flag of Ukraine.

The anthem of Ukraine sounds on the video published.

It is worth noting that this is not the first time the UAE has expressed support for Ukraine in this way. Last year, on the Independence Day of Ukraine, the Burj Khalifa was also highlighted with blue and yellow flowers.

As UNIAN previously reported, President Volodymyr Zelensky received congratulations from the leaders of the United States, Germany, Great Britain, Sweden, the Netherlands, Egypt, Saudi Arabia and other countries on the occasion of the 30th anniversary of Ukraine’s independence.