Two participants of the “Maidan case” may be released tomorrow: the reason has been named

The UCP states that the possibilities of procedural response of prosecutors are currently exhausted. 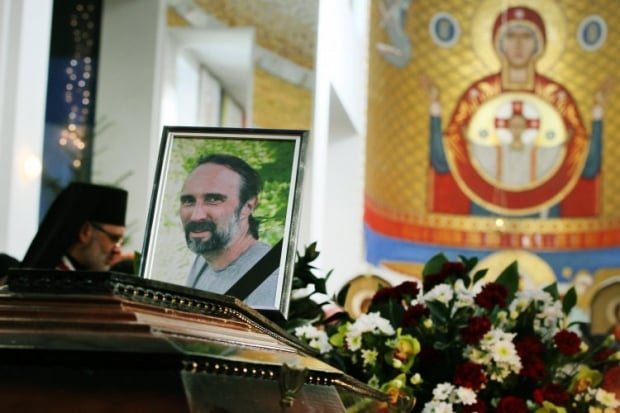 The Prosecutor General’s Office complains that two people accused of involvement in the abduction and torture of Maidan activists during the Revolution of Dignity on August 7 may be released due to the actions of judges of the Bila Tserkva City District Court of Kyiv Region.

This was reported by the press service of the Prosecutor General’s Office.

It is noted that on July 1, 2021, the court received an indictment in the case of abduction on January 21, 2014 from the premises of the Alexander Clinical Hospital in Kyiv of protesters Igor Lutsenko and Yuri Verbytsky, their torture, as well as the premeditated murder of abducted Yuri Verbytsky.

It is specified that the UCP prosecutors support the public accusation in criminal proceedings against two members of a criminal organization, who are accused of illegal abduction of two protesters, their torture, as well as the premeditated murder of a group abducted by a group of criminals. 1 of Article 255, paragraphs 3, 12 part 2 of Article 115, Part 2 of Article 127 and Part 3 of Article 146, Article 340 of the Criminal Code of Ukraine).

The prosecutor’s office also reminds that the defendants were remanded in custody until August 7, 2021.

The preparatory court hearing in this case, scheduled for July 9, did not take place due to the absence of the defendants’ defense attorneys, and the prosecutor’s request to involve lawyers from the Free Legal Aid Center was declared premature by the court.

The UCP was informed that on the same day the prosecutor applied to the court with a request to apply a measure of restraint against the accused, in which he raised the issue of their further detention. Despite the fact that Art. 186 of the CPC of Ukraine provides for immediate consideration of such petitions, but not later than 72 hours, the court scheduled the next court hearing only on July 21, 2021.

It is noted that then the decision of the Kyiv Court of Appeal of August 4 stated the groundlessness of the Bila Tserkva City District Court to change the jurisdiction and returned the case to the court to continue the trial.

“On August 5 and 6, the presiding judge appointed court hearings that did not take place due to the leave of two members of the panel who refused to withdraw from leave. In this regard, and given that the term of detention of the accused expires on August 7, 2021, The prosecutor and representatives of the victims filed motions for additional auto-distribution to replace in the manner prescribed by law, absent judges, to whom no official response has been received from the court. The next date of the hearing has not been determined, “the UCP said.

Therefore, as noted, the possibilities of procedural response of prosecutors, which could prevent the above negative consequences, are currently exhausted.

“We note that the accused in this criminal case were wanted at the time of their detention, including one of the accused who had been in hiding for almost 6 years, using forged documents for this purpose. In addition, while in custody, one of the accused tried to influence to another person who is accused of complicity in the abduction and torture of victims, “the prosecutor’s office said.

For its part, the Office of the Prosecutor General calls for strict compliance with the requirements of criminal procedural law, in particular, regarding the imperatively defined deadlines for procedural actions.

The agency reminded that 16 people have been prosecuted for the crimes incriminated by the accused, 7 of them are being considered by courts, including two in absentia, 9 people are wanted, one person is sentenced to 9 years of imprisonment.