The money was handed over to officials by the head of the regional utility company to remain in office. 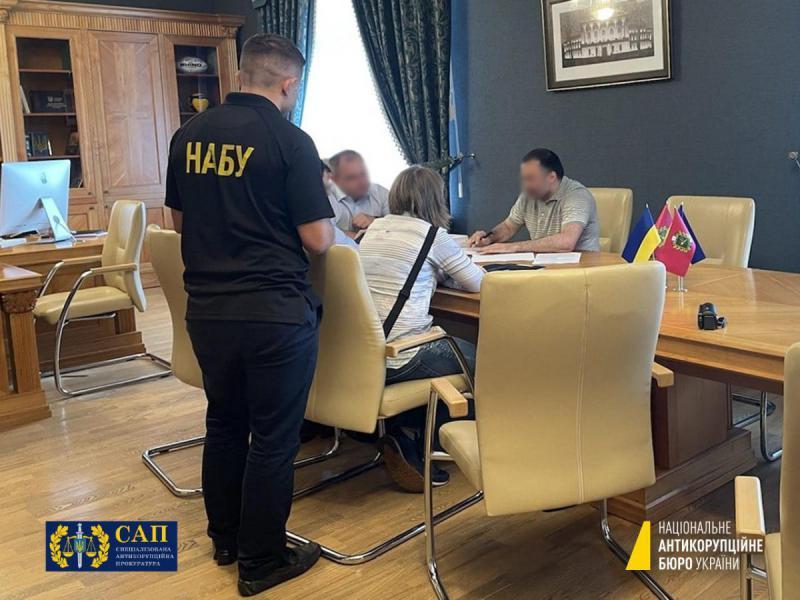 The chairman of the Kharkiv regional council Artur Tovmasyan (elected from the “Servant of the People”) was informed about the suspicion of receiving an illegal benefit of UAH 1.05 million .

The issue of choosing a measure of restraint for the suspect is being resolved.

According to the investigation, in early 2021, the chairman of the Kharkiv regional council in collusion with his deputy demanded and received an illegal benefit of UAH 1.05 million for leaving the post of head of the regional utility company.

During the first half of 2021, officials received this amount in four tranches, including through an attorney’s associate.

As UNIAN reported, on July 22, NABU detectives exposed the deputy chairman of the Kharkiv regional council Andriy Malysh (elected from “OPZZh”) and his accomplice-lawyer in extortion and receiving 1 million 50 thousand hryvnias of illegal benefit. They demanded money from the director of the utility company for not dismissing him from his position. They were detained after receiving the last part of the bribe.

The court chose a measure of restraint for the child in the form of detention with an alternative of UAH 4.75 million bail. His accomplice was also arrested, bail was set at UAH 713,700.